ALBA, Morales, and the Referendum 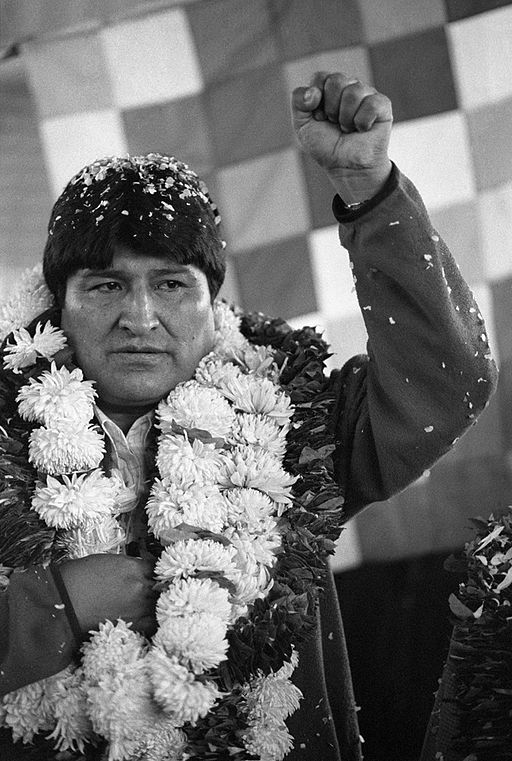 It seems as if today’s media is locked into the fervour of American politics. While the train wreck that is the GOP continues to dominate coverage, important goings-on in other parts of the world can get lost in the hubbub. It is perhaps in our collective best interest to take a breather and look toward the Global South.

In Bolivia, a wildly unequal country in the most unequal region on the planet,[i] the news has been dominated by a recent referendum. Last month, President Evo Morales’s proposed constitutional amendment, which would have enabled him to run for a fourth term, lost at the polls by a hair’s width. Quiet as it may have been for the rest of us, it stirred up controversy within the country and has resonated throughout the region.

The story of Morales’s presidency is at once inspirational and polarizing. As a member of the Aymara, the country’s largest indigenous group, Morales has been able to mobilize support across sectors of society that were previously underrepresented in politics. His coalition of social change advocates, indigenous peoples, and peasants have sought to turn the tide of neoliberal dominance in the country. If this aim sounds familiar, it is because Morales’s Bolivia is not alone. It is a member state of ALBA, the Chavista league that has shaped politics over the last decade.

Because Morales’s MAS party is both fairly new and not fully consolidated, it has incorporated leaders of various social movements instead of building up a separate party bureaucracy. As such, the party’s legitimacy and coherence have become enmeshed with the image of Morales himself. In typical populist fashion, Morales used his overwhelming popularity to introduce a constitutional amendment that allowed him to run for a third term. It was passed by referendum, and as a result, he is currently governing in his third term in office, slated to end in 2020. Recently he went a step further, getting parliament to pass a motion last fall calling for a fourth term referendum. The tide turned on Sunday February 21 when, by the narrowest of margins, the referendum denied Morales the chance to run for a fourth term in office.

His failure has been attributed to the strength of the 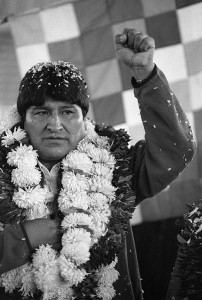 opposition and the changing opinions of voters. The Santa Cruz district, often the centre of elite opposition to Morales’s land reforms,[ii] campaigned against the referendum. The sentiments of their campaign were able to gain traction because Morales is currently serving his third term and has recently been rocked by personal allegations of corruption.[iii] This supplements the general fatigue voters feel when an incumbent has been in power for too long, especially in the current context, in which Bolivia’s oil and gas industry is hurting due to low prices. In a country with such entrenched political and economic elites, and a Bolivarian approach more centrist than that of other countries, middle class voters could be swayed to favour a more democratic exchange. With 66% of Bolivians being indigenous,[iv] now increasingly engaged thanks to Morales, his defeat signals both a healthy voter fatigue and a strong opposition.

This context is the traditional angle in which foreign media have framed the failure of Morales’s referendum as part of the ebb and flow and left and right-wing leaders in the region. The conventional narrative is that inhabitants of the ALBA countries, more cynical because of corruption scandals, lower commodity prices, and general fatigue with the ruling party, have made the democratic choice by seeking a fiscally responsible alternative.[v]  Research suggests that most people in Latin America favour one populist move, but grow less accepting with increasing measures;[vi] in this context, one might expect the loss of the referendum to be more dramatic, if not for the majority of indigenous people that make up Bolivia.

Although these analyses contain a great deal of truth, they still omit the nuance that makes cases like Bolivia so fascinating. It is evident that a transition of power from these leaders promotes democratic health. So too is it that these reasons would propel voters to turn away from Morales. Less often discussed are the persisting structures of inequality that linger. They necessitate that any assessment of democratic strength must demand more than traditional transfers of power.

Like many other ALBA countries, Bolivia holds much of its wealth in commodities—oil and gas are especially important.[vii] A traditional ALBA critique is that the emphasis on oil wealth to fund social programs, while initially praiseworthy, has betrayed a lack of future planning culminating in today’s voter fatigue. It is certainly true that Bolivia has suffered from the freefall in global prices.[viii] However, it is incredibly difficult for a resource-dependent country to diversify,[ix] especially when persistent interests remain in the traditional oligarchic organization of industry. Unconscionable as a failure to diversify is in many cases, Bolivia’s long history of inequality and corruption makes any efforts on Morales’s part much more difficult to achieve than those of his ALBA counterparts. To point fingers at this specifically is to ignore that the forces ecstatic about Morales’s defeat are the very same who hold the keys to industry, and who have been helped perpetuate inequality. It is less likely, then, that oil wealth could play such a role in the Bolivian case.

This underscores that, despite familiar policy trajectories, there is no singular ALBA experience. Bolivia’s economic policies are in fact quite moderate for the region. Foreign observers credit Morales with “the most stable government in Bolivia’s history” and high rates of economic growth.[x] Michael Reid of the Economist calls Morales “the most fiscally responsible of the left-wing leaders in the region.”[xi] Critics on the left have even lambasted Morales throughout his presidency for a superficial nationalization of hydrocarbons, arguing that the 51% state ownership does not fundamentally change the distribution of power.[xii] Was this a consequence of the uncompromising opposition Morales faced from the old guard? Or was this in spite of their efforts to subvert him? The answer remains unclear.

Perhaps the recent corruption scandal did spur on the referendum’s failure. However, Morales’s government may be plagued by popular perceptions of corruption,[xiii] but these perceptions have long predated his government. As to voter fatigue, voters may be tired of power held so long in the hands of one man—especially if tarnished by scandal—but they can also recognize the broader dynamics of class power. In Bolivia, with such a high indigenous population, but also less radical government measures, we may not see the conservative backlash to the same extent as in other countries.

All of this to say that we should applaud the results of the referendum in Bolivia as heralding a triumphant transition of power. At the same time, though, we must remember that beneath the causes leading to declining popularity for ALBA lies Bolivia’s moderate approach to fundamental issues of inequality, corruption, and low state capacity. We must ask ourselves, why now? and what next? for Bolivia, and hesitate to treat is as just another Bolivarian country.

[i] Lorenza Belinda Fontana, “On the Perils and Potentialities of Revolution: Conflict and Collective Action in Contemporary Bolivia,” Latin American Perspectives 40, no. 3 (2013): 26-42.