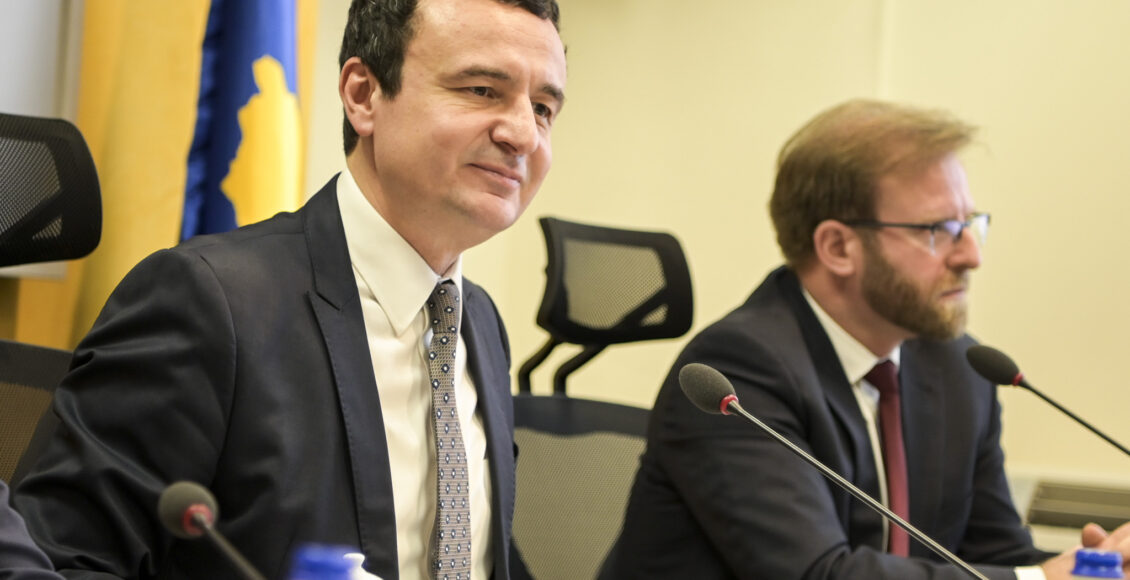 Kosovo, a partially recognized country in the Balkans, will head to the polls on February 14 to elect a new government. Albin Kurti, who has briefly served as prime minister in early 2020, and his Vetëvendosje party are favourites to win the election. Kurti is known for his anti-corruption and pro-democracy stances, and a strong mandate for Vetëvendosje would facilitate the passing of much-needed reforms to strengthen the rule of law. However, Kurti’s fierce nationalism can create tension with Kosovo’s influential Serb minority and further complicate the country’s uncertain situation on the international stage.

In the immediate aftermath of the 1998-99 Kosovo War, politics in Kosovo were dominated by two parties: the Democratic League of Kosovo (LDK) and the Democratic Party of Kosovo (PDK). The leader of the LDK was Ibrahim Rugova, a pacifist author known as the “Gandhi of the Balkans” who led the Kosovar independence movement at its inception. While Rugova and his LDK were firmly opposed to using violence on the path to independence, the PDK, established by Hashim Thaçi and other Kosovo Liberation Army (UÇK) commanders, chose violence as their preferred method.

The movement that would first challenge this LDK-PDK duopoly, Vetëvendosje, was established by Albin Kurti in 2005 as a protest movement. Indeed, Kurti rose to prominence as a leader in the Kosovar student protests of 1997. Jailed during the Kosovo War, he was eventually released in 2001 after the fall of the Milosevic regime. Vetëvendosje, which means “self-determination” in Albanian, aimed to terminate the interim UN administration and rapidly achieve Kosovo’s full sovereignty. As an openly Albanian nationalist movement, one of Vetëvendosje’s key policy goals was the unification of Kosovo and Albania. In recent years, Kurti has acknowledged that an outright unification would cause a “third Balkan war” and has redesigned his vision, which now favours integration through EU membership alongside Albania.

In 2006, the negotiations organized by UN special envoy Martti Ahtisaari to reach a peaceful settlement in Kosovo officially began. A set of core principles, known as the Ahtisaari Plan, envisioned a gradual process towards independence under international supervision. While the Ahtisaari Plan was accepted by Kosovar leadership, it was rejected by Serbia, given that it would ultimately lead to Kosovo’s independence. After negotiations between Pristina and Belgrade regarding Kosovo’s status failed, the country unilaterally declared independence on February 17, 2008. While many Western countries recognized its independence, Serbia unsurprisingly refused to acknowledge it. In addition, Russia and Greece chose not to recognize Kosovo, effectively blocking it from joining the UN, EU, and NATO.

In line with the Ahtisaari Plan, Kosovo is defined in its constitution as a multi-ethnic country, recognizing Serbian as an official language and guaranteeing the representation of Serbs and other ethnic minorities in government. Article 1 of the constitution explicitly bars Kosovo from seeking unification with another country, namely Serbia or Albania, and also bans referendums contradicting this idea. At its inception, Vetëvendosje was opposed to these provisions, as they pushed for Kosovo as a multi-ethnic state and barred a prospective Kosovo-Albania unification referendum, going against Kurti’s pan-Albanian ideology.

Vetëvendosje later established itself as a political party, participating in elections for the first time in 2010. Under Kurti’s leadership, it widened its focus to prominent issues in daily Kosovar life, such as corruption and industry privatization. Vetëvendosje promises to halt the privatization of public utilities, reduce income inequality, prevent corruption, establish the rule of law and rid Kosovo of the patron-clientelism of PDK and LDK governments. In both the 2010 and 2014 elections, Vetëvendosje finished behind the PDK and the LDK. However, the party gradually became a formidable political force, both in the streets and within the opposition.

Vetëvendosje’s electoral fortunes improved over time as it secured a narrow second-place finish in 2017 and emerged victorious in the 2019 election, which was preceded by scandal. While this mandate was a great victory for Vetëvendosje, Kurti faced a genuine challenge. He had to find common ground with opponents for the first time in his political career to lead an effective government. Indeed, Kurti reckoned with two key obstacles: Kosovo’s Serb minority and President Thaçi. According to the constitution, two cabinet ministers must be ethnic Serbs. Furthermore, all ten Kosovar-Serbian MPs were members of the Srpska Lista (SL), a proxy organization of Serbian President Aleksandar Vučić. In addition, Thaçi was wary of Kurti forming a government, specifically because it would have allowed him to block an imminent agreement sponsored by Donald Trump to normalize economic ties between Kosovo and Serbia. Nevertheless, after months of negotiations, Vetëvendosje managed to form a coalition with the LDK and — although the party withheld support for Kurti to prevent a constitutional crisis — the SL provided two Serbian ministers for its cabinet. Kurti was finally sworn in as prime minister on February 3, 2020.

Despite Kurti’s request for a snap election, a new LDK-PKD coalition government led by Avdullah Hoti of the LDK was established in June. This coalition was widely denounced for creating an unelected government, led by corrupt political elites, against the will of the people. Hoti immediately lifted trade tariffs against Serbia and signed, at Thaçi’s behest, the Serbia-Kosovo deal with Trump and Vučić. Furthermore, while Kosovo had previously enjoyed low COVID-19 infection rates under the Kurti government, it suddenly became a pandemic hotspot.

In November, the International Criminal Tribunal for the former Yugoslavia indicted Hashim Thaçi for war crimes during the Kosovo War, forcing him to resign. A second shock came in late December when the Constitutional Court ruled that the move to appoint Hoti’s government in June had been unconstitutional and immediately ordered new elections. As such, Kosovars will head to the polls on February 14, 2021 to elect their representatives. After Kurti’s removal and the many blunders of the Hoti government, Vetëvendosje is currently polling within a 45 to 55 per cent range of the popular vote, putting it in a very strong position to win a majority government.

Should this victory pan out, a strong mandate would give Kurti the political capital needed to tackle Kosovo’s domestic problems by combatting corruption, ensuring better democratic standards, alleviating some of the country’s economic woes and bringing two decades of clientelism to an end. However, Kurti would also grapple with a strained relationship with Serbia and wider challenges regarding diplomatic ties. His ambition to join the EU is also doomed to fail due to fierce opposition from Greece and Spain. Perhaps most importantly, Kurti would need to find a way to accommodate the demands of the Serb minority and, by extension, the Belgrade government in order to avoid a constitutional crisis or, even worse, the eruption of ethnic violence.