America is Ill, But We’re Ignoring the Sickness 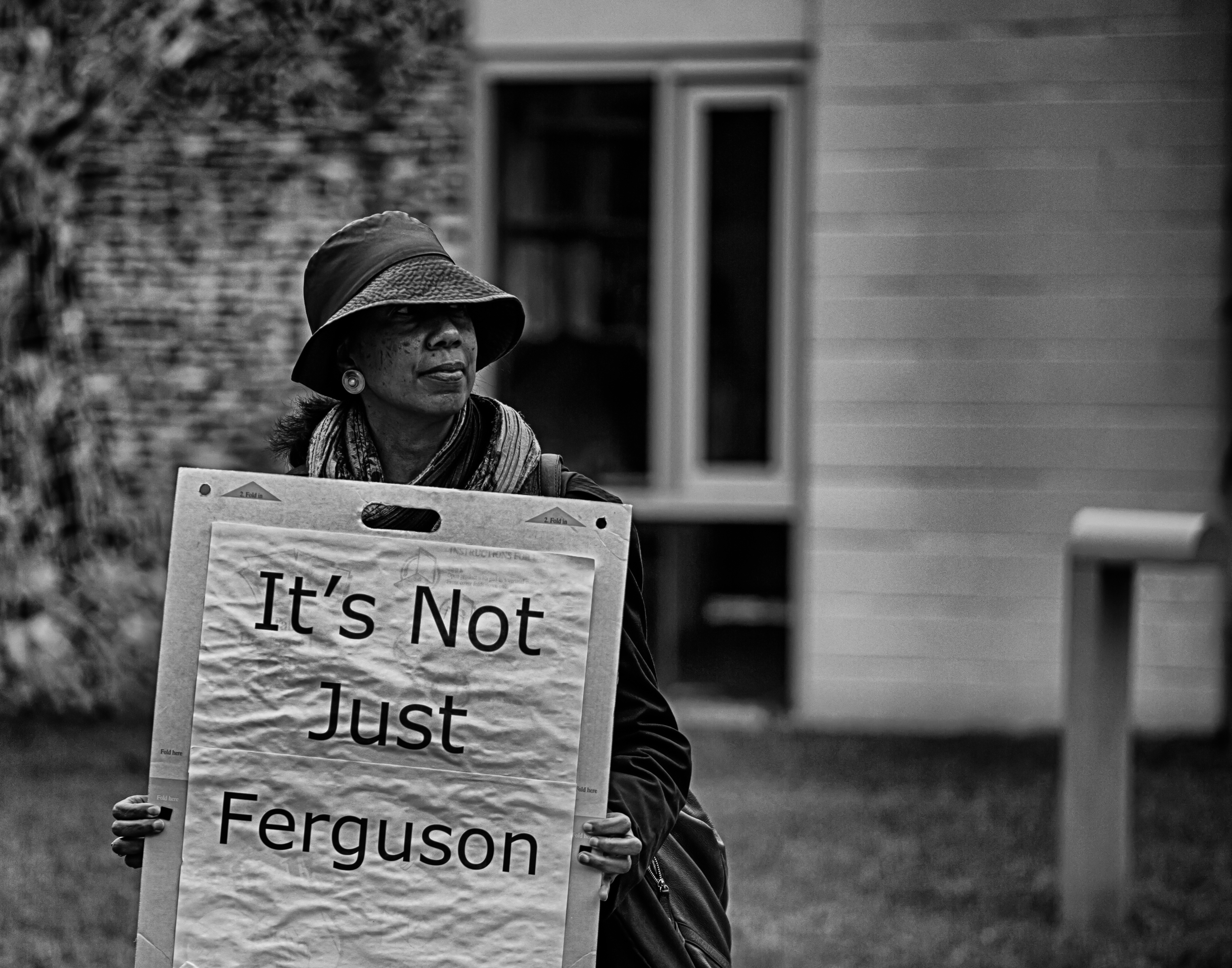 It's Not Just Ferguson by Johnny SIlvercloud https://flic.kr/p/pMhL7J
Share

Those three haunting words made famous by Trump’s campaign has found its way from Republican rallies to schools across the United States of America, one notable incident including white teens from Texas high school Archer City High who chanted this phrase at Hispanic students of Fort Hancock during a volleyball game. A similar incident was reported at Royal Oak Middle School in Michigan that lunch period following the election the night before. Beside the disturbing chant, incidents of harassment and assault have sprung up across America that tie directly to Trump’s election win. One female black student at Baylor University in Texas was shoved by a white male while walking to class the morning after the election. He then proceeded to say, “no n–– allowed on the sidewalk…I’m just trying to make America great again.” Needless to say, his words were a clear echoing of Trump’s campaign slogan. Numerous public spaces have been vandalized with hate-filled messages; one such incident includes a swastika and an anti-gay slur followed by the words “HEIL TRUMP” spray painted on the wall of an Episcopal church in Indiana. In Maryland, another Episcopal church was vandalized with the message “Trump nation. Whites only.”

I could go on with this list, but I think the message is clear. It’s as if the election was the pre-show to hunting season; blacks, Muslims, LGBTQ+ members, and all other visible minority groups alike have become targets to harass as if for entertainment without facing any sort of lasting repercussions. Because if the next President of the United States of America can act like this, why can’t they?

But this is not necessarily the issue I want to address.

Before continuing, I would like to come back for a moment to the incident at Archer City High. It is interesting to note that although the school formally apologized for the incident, Fort Hancock Superintendent Jose Franco said, “I guess what bothered me most was no adults, no officials did anything about it while the match was going on…there’s plenty of trash talk and that’s just part of the game, having fun with it, but this is the first time it has ever crossed the line.” In defence of its students, the high school Superintendent C.D. Knobloch said, “If we hadn’t had that election last week, this wouldn’t have happened. Our students are not racists.” He is claiming this incident was caused solely by the election, as if faulting the election results excuses the students of all moral blame. Clearly, Knobloch seems to be more concerned with ensuring his school’s reputation doesn’t get stuck with a “racist” label rather than addressing the fact that the school allowed its students to freely be just that: racist.

What I want to address is this: Trump’s election victory didn’t trigger a sudden eruption of bigotry out of thin air. His victory simply permitted unacceptable behaviours and attitudes that have been thriving in American culture through the deeply-rooted acceptance of phenomena such as rape culture, “alt-right” groups, and Fox News. These examples have been treated as legitimate voices to be respectfully considered regardless of the hatred that it perpetuates. Many of us fail to realize is that this sickness is not isolated to “crazy” individuals and groups such as Donald Trump and the KKK who we see as anomalies. This sickness is in fact a virus existing most starkly through America’s notorious white supremacist groups, and one that has metastasized throughout America’s population to take on different manifestations that become harder and harder to identify as vitriolic thought.

The United States of America has been sick all along and its mainstream discourse has done a very good job of hiding and denying it to its people and the rest of the world. It has made excellent use of the media to propagandize itself as a system of progress and justice when it is instead one that, through whatever means possible, invalidates and silences those who rise against it. A system that works is not one that shames and threatens women who come forward to report cases of sexual assault or misconduct against them, and then elects a president with double digit allegations of the same crime. It is not one that permits the human rights abuses of Native American protesters by North Dakota law enforcement at Standing Rock. A system that works is not one that has used the media for decades to justify the war on drugs, which according to Nixon’s former aide John Ehrlichman, was truly a war on America’s “two enemies: the antiwar left and black people.” The rest of this quote explains it all:

“We knew we couldn’t make it illegal to be either against the war or black, but by getting the public to associate the hippies with marijuana and blacks with heroin, and then criminalizing both heavily, we could disrupt those communities. We could arrest their leaders, raid their homes, break up their meetings, and vilify them night after night on the evening news. Did we know we were lying about the drugs? Of course we did.”

In the words of George Orwell, “Freedom is the right to tell people what they do not want to hear.” The actions and words of the government and citizens in the land of the free have incessantly told us that it will pardon bigotry. But with Trump’s victory as a historical catalyst it is now time for America to also hear this: it is a country infected with a virus that has many mutations and feeds into the oppression of its minority groups. This is the same virus that has long silenced or demonized many voices who dare fight against its system. America has long worn out its title as the greatest country in the world (or arguably never deserved that title in the first place), and it’s about time people pause and take a moment to acknowledge this. More importantly, shame needs to be felt regarding this unjust treatment and the fact that it has been allowed to go on for this long. It is only then that the mechanisms keeping this virus deeply-rooted in its society will begin to dislodge, and perhaps come to see revolutionary change.