American Voters and the Celebrity-in-Chief Fantasy 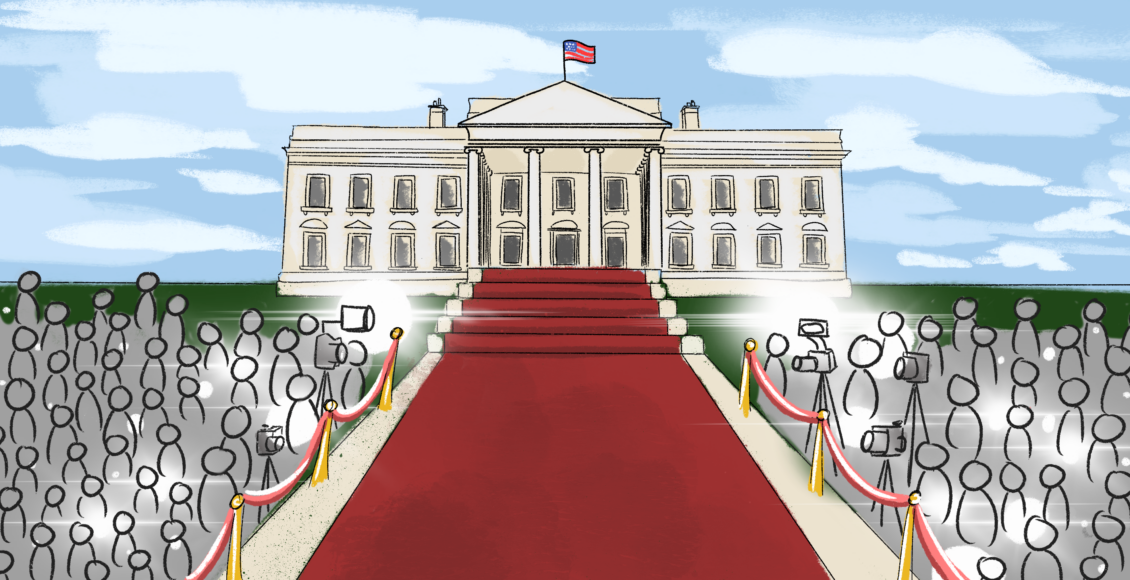 Author’s note: In recent days, Kanye West’s family disclosed his struggles with bipolar disorder. Although there is no clear link between the disorder and his presidential bid, his decision to run may not merely be the product of sheer ambition and political strategizing. Nevertheless, this article explores why some voters admire celebrity candidates and how West’s candidacy is consistent with such trends. In no way does this piece intend to discount or minimize the lived experiences of those dealing with bipolar disorder.

On July 4, American rapper-turned-businessman and former Trump supporter, Kanye West, announced his intention to run for President in 2020 to his 29.8 million Twitter followers. While the legitimacy of his bid remains a source of confusion, West reportedly filed the required paperwork with the Federal Election Commission and is officially set to appear on the ballot in Oklahoma come November. In a political playing field where seemingly anything goes, this candidacy — although it evoked mixed reactions — is somewhat unsurprising.

Indeed, American voters have welcomed celebrities in the race to the White House for quite some time. Whether it be actor Ronald Reagan’s eight-year tenure as President, the public’s fascination with Trump’s jet-set lifestyle, or the growing calls for an Oprah ticket, history shows that the American electorate loves star power. Because celebrity candidates lack conventional qualifications and often run on unclear platforms, their appeal may seem odd. Still, this reflects voters’ increasingly complicated relationship with the country’s political apparatus and those who manage it.

Much of this interest in celebrity candidates lies in the American Dream, which has shaped the collective psyche for many decades. Candidates like Trump or West embody simultaneous economic success and high social status, arguably the most fundamental characteristics of the American ideal. This notion that personal success can somehow translate to positive leadership at the national level entices voters who, still in 2020, view economic prosperity as a top priority. When pitted against aging Washington insiders or lesser-known state legislators, individuals who have created a personal empire are extremely appealing. Although tremendous wealth is sometimes only an illusion, it proves to be a potent campaign tool when used strategically. Even within voter pools that are not typically impressed by personal wealth, being rich grants celebrity candidates the power to influence voters’ preferences through incessant advertising. For these candidates, money means power over the electorate, whether in an exceedingly apparent fashion or through subtler tactics.

Nevertheless, the reality is that celebrities, no matter their level of success, generally fall short in understanding the ins and outs of government work. In the early stages of campaigning, this translates to vague policy proposals and ever-changing viewpoints, with no clear agenda to unify them. While this is also a concern with more traditional candidates, it is astonishingly observable in candidates with celebrity backgrounds. Already, Kanye West has shown he fits into that mold. When interviewed about his plan for running the US, West explained that he would not “use the word ‘policy’ for the way [he] would approach things,” rather drawing inspiration from Marvel’s Black Panther and using “the framework of Wakanda” to redesign the government.

This inclination to operate outside the conventional political system does not fade when a celebrity candidate is elected. Following this pattern, Trump insists that he has a constitutional right to “do whatever [he] wants” when pressed by journalists questioning his unilateral power moves. This behavioural pattern is alarming since it shows both a disregard for and a misunderstanding of the foundational principles of the American state — yet many voters choose to root for such leaders. While some may simply be short-sighted, the oversimplification of the policy process by media outlets steers voters’ focus away from what matters, and towards the bravado delivered by celebrity candidates. Showcasing outsiders with loud voices undoubtedly boosts ratings, but it also normalizes the celebrity candidate blueprint, encouraging voters to embrace it further.

Although their star quality and platforms help sway voters in their direction, these candidates perhaps shine brightest simply because they represent everything the political establishment is not. Career politicians vying for the Oval Office face routine criticism for various reasons, ranging from perceived inefficiency to chronic lack of transparency. When running against celebrity candidates who paint themselves as viable alternatives to the status quo, establishment candidates seem dull and often problematic. Much of Trump’s 2016 campaign strategy revolved around building an anti-Clinton narrative, based on Bill and Hillary’s controversial pasts. From the onset, Trump renamed his opponent “Crooked Hillary” and insisted she had “perfected the politics of personal profit.” With 75 per cent of Americans agreeing that corruption is widespread within government, celebrities benefit from their lack of prior involvement in Washington circles. Because it resonates with unsatisfied voters, this concept of independence is exploited by famous candidates in various ways. Shortly after launching his campaign, Kanye West announced that he would be running with the Birthday Party, thereby disengaging from the country’s entrenched two-party system. When Donald Trump won the Republican Party nomination, he did so by staging what resembled a hostile takeover, beating legacy candidate Jeb Bush and Senator Ted Cruz. It is safe to say that support for such candidates goes hand in hand with voters’ deep yearning for change.

The changing norms and parameters of the political world also give these candidates an edge over their run-of-the-mill opponents. Because their unique backgrounds allow them to thrive in polarized environments, celebrity candidates are especially adept at navigating current shifts in public discourse. When brazen and controversial comments slip into the mainstream political landscape and become common opinions, Trump-like candidates who live off controversy fit right in. Additionally, these individuals have no pre-established political capital to lose — when there are no Senate seats or cabinet appointments on the line, broadcasting extreme viewpoints is a low-stake bet that might pay off. In a country where moderates are increasingly unpopular, candidates who simultaneously make headlines on TMZ and CNN are truly appealing to certain parts of the electorate.

Simple notoriety also helps influence voting behaviour at a more basic level, allowing celebrity candidates to rally support. This trend is particularly relevant in presidential contests, which are highly mediatized and often feature a crowded field during primaries. Because voters are overwhelmed with information and often struggle to make sense of numerous competing policy agendas, they tend to favour candidates based on name recognition alone. The phenomenon, known as cognitive overload, can explain, at least in part, why Donald Trump secured the Republican nomination in 2016. Arguably, more traditional candidates who achieve celebrity-like stardom when running — think Obama circa 2007 — also benefit from this phenomenon, but they are less likely to be household names when entering the race. While this pattern is not universally applicable, it compounds the idea that weary and disillusioned voters are willing to heavily compromise on policy-making experience in exchange for something new and shiny.

Nevertheless, the future of celebrity presidential bids remains uncertain. After four years of chaotic leadership and incendiary remarks, Donald Trump has undoubtedly harmed the fantasy surrounding wealthy outsiders. If anything, his presidency is a cautionary tale about the dangers of a celebrity-in-chief. There is also the fact that celebrities, no matter how entertaining or eye-catching, are inherently disconnected from the concerns of most Americans, much like the political elites they are so quick to criticize. The aura of relatability that some have carefully curated appears to be crumbling as the US grapples with a global pandemic and uprisings against systemic racism. As they are increasingly scrutinized for distasteful attempts to show support for the masses, it is difficult to conceive that voters would, once again, turn to the famous for guidance. With both Trump and West appearing on the ballot, the 2020 election will test voters’ ability to look beyond the appeal of celebrity and into what truly matters.

Justine Coutu is a final year student in Economics and International Development. As a Montreal native, she is particularly interested in North American politics, as well as issues surrounding development. In her free time, you'll find her watching reruns of Grey's Anatomy.