America’s Retreat: Russian and Chinese Leadership in the Middle East (Part I) 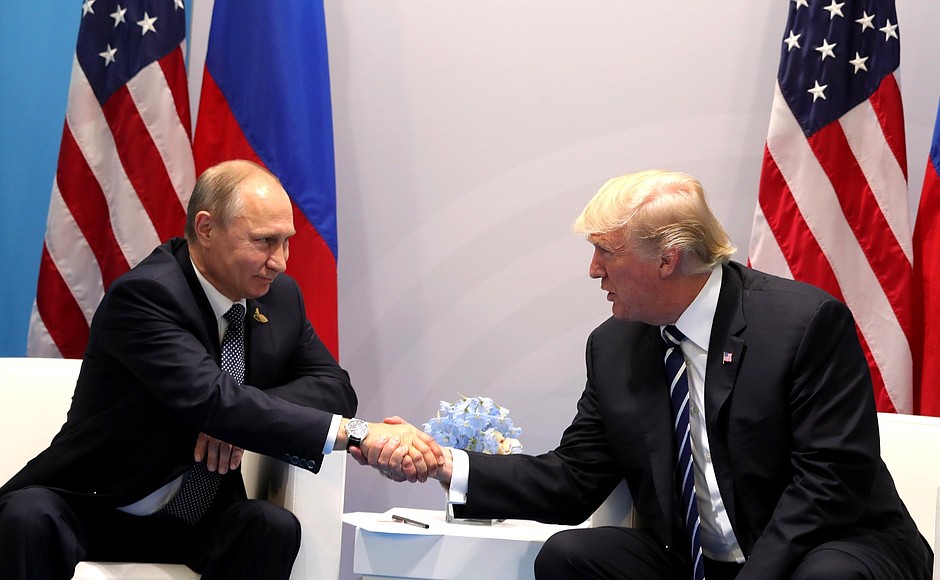 Editor’s Note: This article is the first of a two-part series on the Middle East and North Africa’s (MENA) shifting power dynamics. In Part II, Chanko explores the strategic partnership between Russia and China, as a counterbalance to American influence in the region.

As China and Russia expand their leadership roles in the Middle East, the United States remains stuck between a rock and a hard place. The opportunities to replace the U.S. as the leader in the incessant confrontation in the Middle East have been a long time coming. This space was first presented at the Iranian Green Movement and the Arab Spring, wherein relatively stable but authoritarian regimes became increasingly oppressive as anti-state sentiment bubbled and soared. The U.S. gambled, stayed neutral and hoped that internal conflict would produce a democratic turn in the region. As the U.S. turned its back to strongman regimes it had traditionally associated itself with and neglected to support opposition movements, it became clear that there was little foundation for new democratic governments in the Middle East and North Africa (MENA). Thus, Russia and China were presented with an opportunity to fill the power vacuum by supporting the sovereignty of these states. Russia-Chinese relations have strengthened as other states have come to value alternatives to U.S. hegemony in the international system. Russia’s path is one of Putin’s desires—to reinvent itself as a Great Power in the international system and become a power broker in the Middle East—while China hopes to expand power through its colossal economic capabilities by signing development projects and establishing “win-win” economic partnerships.

But what brought on these continental shifts in international relations and state strategy? Some political scientists and scholars of international relations would argue only U.S. action, or lack thereof, could push Russia and China to act. Both these nations have espoused communist ideologies and their values regarding the international system run in conflict with the United States. For decades, Russia and China have either vetoed or abstained from many U.S. led resolutions in the UN Security Council and vice versa. They see the U.S. escalated intervention in MENA as threatening to their security. American intervention in MENA came in two waves: the first was in the early 2000s with the invasion of Afghanistan and Iraq, and the second was in the following decade in reaction to the Green Movement in Iran and the Arab Spring movement.

The end of the Cold War brought a period where the U.S. deviated from international norms, obligations, and conventions. It was given special rights during the Cold War to lead the fight against the USSR. Its allies allowed for double standards (such as ratifying dozens of UN conventions decades after other countries and remaining immune from prosecution in the International Court of Justice) because they received public goods from the U.S. such as security, regime support, and development aid. This arrangement fell apart once the common enemy was defeated—the U.S. would not provide as much aid to its allies, and its allies would not allow for double standards which left the U.S. unbound by institutional rules. Thus, the United States altered its strategic orientation towards international institutions from a hegemonic one (requiring low US compliance, but high institutional investments), to a more unilateralist position (requiring neither compliance nor institutional investments). Since the end of George H.W. Bush’s final term, the US has maintained its unilateralist stance as it hopes to continue to lead the world and maintain its special role as “policemen” of the world.

In response to America’s unilateralism, Russia and China have reacted by beginning to counterbalance US power and establish credibility for themselves as world leaders. In 2001, they led the formation of the Shanghai Cooperation Organization (SCO), a political, economic, and security organization, which essentially serves as an eastern counterweight to NATO. Though it originally grew out of the Shanghai Five group, the SCO has recently added India and Pakistan as sitting members, with dozens more observing. Iran is another likely addition to the SCO as its nuclear proliferation issue has been resolved and UN sanctions have been lifted, and Turkey has also shown interest in joining the organization as it distances itself from the United States.

Contrary to these developments, David Skidmore of Duke University cogently argues that the “Unipolar World” is both durable and peaceful. Despite the rhetoric of many state leaders against U.S. interventionism, having unipolarity actually reduces the need for countries to compete for prestige and global power as described in hegemonic stability theory and balance of power theory. Since lesser powers only have to comply within the current economic and political order’s status quo (maintained by the U.S.), they do not have to face global rivalry because the U.S. as the unipolar state will maintain peace in the system. In this order, the U.S. is naturally responsible for leading military interventions that disturb the balance of power globally—the cost of leading is less for the unipolar power, and its allies often acquiesce. This rationale may help to explain why, since the end of the Cold War, most states have not increased their rates of military spending, and there has been no serious effort to rival the United States, despite disparaging rhetoric towards the unipolar power. Germany and Japan are likely to counterbalance Russia and China regionally so that their positions as second-tier powers do not change.

The United States has two countervailing missions: to promote democratic institutions and to combat international terrorism in the Middle East. As the U.S. embarked on regime change, first in Afghanistan and Iraq, and then in Libya, Egypt, and Syria, it faced many issues and general failure across all fronts. Since the unsuccessful occupations of Afghanistan and Iraq, the United States public has been wary of getting involved with internal conflict in MENA states. There are a number of fundamental problems with these aims. One such problem is the resistance of Congress to continue to fund State Department development programs. Large cuts in development aid since the 1990s (which is usually less than 1% of federal budget) have made regime-building far more difficult than regime-change. Another problem with U.S. intervention is its response to the overriding threat of terrorism– it worked to dismantle terrorist organizations and kill terrorists without concern for their human rights or the collateral civilian casualties. American intervention was viewed as hypocritical to local populations when U.S. officials glorified democratic principles while it ran military operations that killed innocent civilians. As the U.S. continued to work outside of international institutions, it lost credibility and the moral high ground. Lastly, the U.S. could not be sure that the democratic institutions it helped build would view it in a favourable light. In fact, young people in a number of Middle Eastern states have a growing negative view of U.S. intervention and see the U.S. as more of an enemy than an ally.

American hesitancy to act and lead international interventions in MENA was enduring during Obama’s administration and might take an even stronger turn under President Trump’s “America First” doctrine. President Trump has criticized Obama’s intervention in the Middle East and has allowed Russia and China to lead the peace process in Syria without dispute. Trump has also made fewer comments on the importance of human and civil rights in his travels to MENA states compared to the previous administration, sending signals that opposing state oppression might not be an important priority in Trump’s foreign policy agenda. Moreover, Trump has publicly shown reverence to leaders of repressive regimes, saying they have been doing a great job, and has named Putin as a personal friend. It is clear that China and Russia have the leeway to challenge U.S. leadership in the Middle East under the new Trump administration. While America’s place as the unipolar leader remains unchallenged and will continue to be undisputed for some time, China and Russia are going to great lengths to establish their credibility as great powers in their own right.