Amnesty International and Their Overseas Challenges 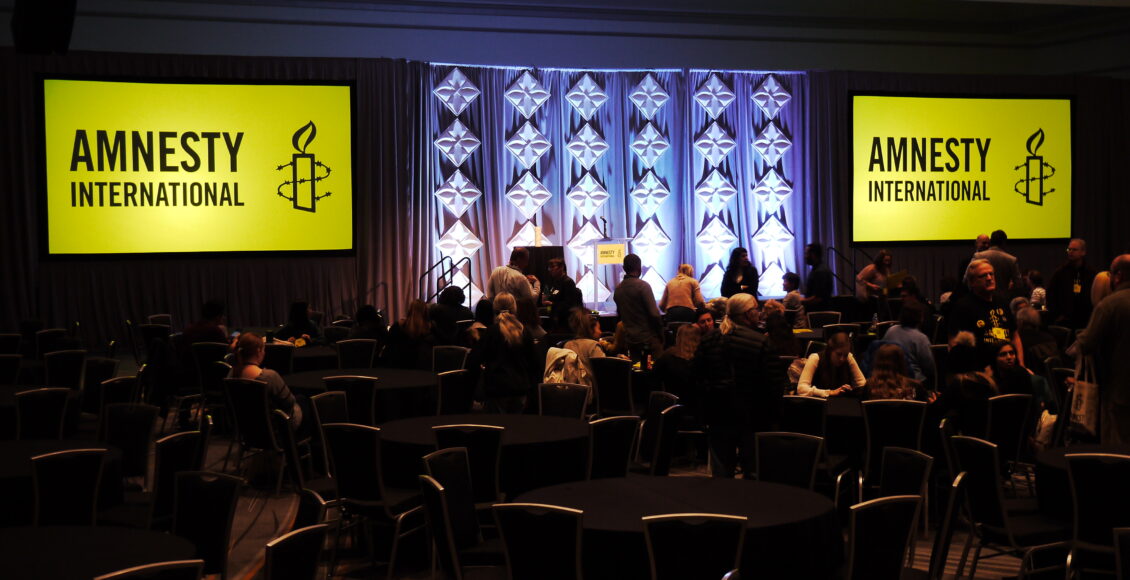 International non-governmental organizations (INGOs) are often associated with voluntarism, social transformation, and advocacy. Though INGOs have existed with similar values for centuries, they only rose to today’s level of influence in the 1980s and 1990s. Near the end of the cold war, the Western world began emphasizing INGOs’ potential as actors involved in democratization, service provision, and advocacy movements abroad. Since then, some governments on the receiving end have become resistant to the work of INGOs in local jurisdictions, signalling to these organizations that they are unwelcome to interfere in local affairs. Many governments have accomplished this with increased restrictions, raising worries that governments can effectively stifle criticism and dissenting concerns from INGOs. A recent example of this trend occurred in India, when a conflict broke out between Amnesty International and national authorities.

In September of 2020, India’s Enforcement Directorate, an agency set up to investigate economic crimes, froze Amnesty International’s bank accounts weeks after the London-based INGO published reports criticized the government’s human rights record, forcing the organization to lay off its employees and suspend operations. The reports that Amnesty published noted potential human rights violations committed by police officers during the religious riots between Hindus and Muslims in February of 2020. During the riots, Hindu mobs were reported to have attacked and raided Muslim owners’ properties, while some Delhi police officers were accused of police brutality and complicity. Regarding their decision to freeze the accounts, Indian authorities released a statement that read: “India, by settled law, does not allow interference in domestic political debates by entities funded by foreign donations.”

This is an egregious and shameful act by the Indian Government. Sadly, this enormously important work standing up for victims has been met with the heavy-handed tactics that Indian civil society has become increasingly familiar with. https://t.co/Zt4Rr9Iqfe

Amnesty International responds to the Government of India after the September crackdown. Via Twitter.

India’s actions against Amnesty International are consistent with previous legislation designed to restrict civil society organizations that accept foreign funds. For instance, the country’s 2010 Foreign Contributions Act allows authorities to freeze bank accounts during investigations on the risks of international organizations and sources of funding for national interests. An Intelligence Bureau report leaked to the press in 2014 accused “foreign-funded” NGOs, like Greenpeace and Amnesty International, of “serving as tools for foreign policy interests of western governments” and being a part of a “growth-retarding campaign” to place India at a disadvantage on the international stage. Nevertheless, Muslim-Hindu conflicts, which are deeply rooted in India’s history, have resulted in violent confrontations and many lives lost. Therefore, thwarting Amnesty’s Indian arm’s operations could also help leverage their existing laws, such as the Foreign Contributions Act, to counter foreign interference in some of the country’s sore spots.

Among other concerns like general transparency, an NGO’s funding can be a source of anxiety for governments, who perceive foreign-funded organizations as conduits for foreign agendas. Hence, foreign-funded NGOs seem to be more concerned with their donors’ covert agendas than the potentially harmful impacts of their actions in host nations. Amnesty International pledges to “maintain a neutral and impartial approach,” claiming that they “do not accept any government funding for [their] research and campaigning work.” Despite efforts to promote itself as impartial, Amnesty International is nonetheless criticized alongside other INGOs, that have contributed to the normalization of Western views and ideologies in the developing world. These ideologies include democratization, civil rights, and environmentalism. In essence, while Amnesty may be motivated to publicize instances of police brutality, doing so may irritate government officials, viewing this approach as a naive response to an ongoing and historically protracted conflict.

While funding sources are problematic for some governments, INGOs’ research on other countries’ affairs can also be a point of concern for their reputations. For example, although one can argue that Indian authorities have been silencing dissent, Amnesty’s human rights advocacy is not above criticism either, especially considering accusations of misrepresenting human rights issues such as those raised in conflicts between Israel and Palestine. Flawed research conducted by INGOs illustrates their incompetence when it comes to empathizing with and adapting to local norms. This issue differs from Indian authorities’ fears about foreign influence because the latter involves using a cookie-cutter approach when applying conceptions about civil movements in the Western hemisphere to India. Ultimately, both poor research and foreign entities’ anxiety in local jurisdictions leads to roadblocks for INGOs attempting to cooperate with local governments.

At times, international NGOs face a lose-lose situation. On the one hand, they must demonstrate the reach and power of their impact to continue attracting donors who will support their future initiatives. On the other hand, they also risk accusations of stepping on local authorities’ toes who believe that INGOs are intruding in domestic affairs.

It is difficult to balance these sides, and no clear lines have been drawn so far. International NGOs, as transborder entities, face complex tradeoffs regarding their relations with local actors. Despite these challenges, some governments respond by mounting restrictions or questioning some their practices, rather than seeing the opportunities for aid. Some of the more anxious governments promote the narrative that these INGOs are biased. However, they can rarely prove that donors’ covert agendas inform the actions of these organizations given the dearth of research on collusions between donors and INGOs.

Although screening effective INGOs and their day-to-day operations is a difficult task, many of their contributions toward higher justice standards become apparent when we look back into the past. For instance, the British and Foreign Anti-Slavery Society, an INGO in the 19th century, sparked a wave of human rights movements, and in 1992, an NGO coalition created a partnership among countries and international organizations as well as the Mine Ban Treaty of 1997. Likewise, the Jubilee 2000 campaign garnered over 21 million people’s signatures and raised awareness of the scale of debt in debtor nations. Many INGOs are successful because they can target social issues and direct aid to groups before governments initiate this process themselves. It is worthwhile to consider this history when learning about governments attempts to thwart their operations by implementing restrictions.