An Artifact of Colonialism: The Canadian Government’s Obligation to Assist Indigenous Repatriation Efforts 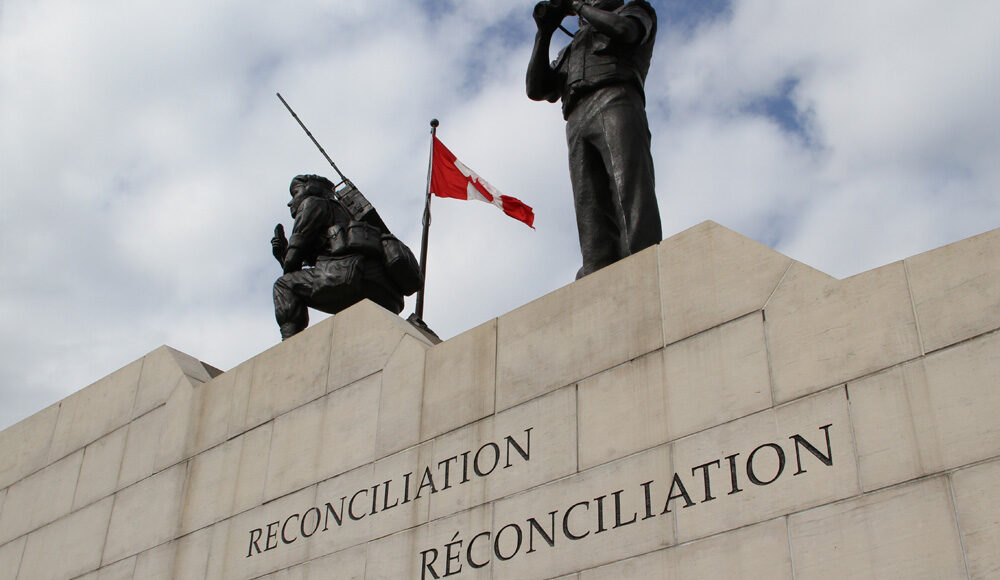 For decades, a century-old wooden canoe, dubbed ‘the Pope’s kayak,’ has been on display within the halls of the Vatican’s Museum. However, the artifact might not stay in place for much longer. The Inuvialuit Regional Corporation, representing the Inuvialuit First Nation, has recently made a repatriation request to the Vatican to have the kayak returned to its rightful home in the Northwest Territories. This attempt by the Inuvialuit to reclaim the kayak is part of a broader global trend toward the repatriation of stolen artifacts that have ended up in museum collections throughout the world. In Canada, the traumatic legacy of residential schools sponsored by the Catholic Church and the systemic confiscation of Indigenous artifacts throughout the territory’s colonial history has accelerated similar demands. Thousands of Indigenous artifacts have been confiscated or coerced from Indigenous communities, and many more objects were stolen from graves and sacred sites, some of which were subsequently discovered by land developers. Indigenous leaders argue that this history of cultural bans by the government has created a fiduciary responsibility to support research and repatriation work between government-funded museums and Indigenous communities. But major administrative hurdles remain, making attempts at repatriation lengthy and arduous, further demonstrating how institutional barriers impede decolonization initiatives.

Despite growing global awareness of the importance of cultural repatriation – evidenced by the work of the United Nations Educational, Scientific and Cultural Organization’s (UNESCO) intergovernmental committee on the Restitution of Cultural Property – Canada lags behind other nations. For instance, while the United States has passed the Native American Graves Protection and Repatriation Act (NAGPRA) requiring museums to return Indigenous remains and artifacts, no comparable legislation exists in Canada. This lack of governmental regulation means that museums have complete control over their repatriation process; museums work on a case-by-case basis, which inevitably lends them full authority over what they decide to return. These institutional barriers persist even though, in 2015, the Truth and Reconciliation Commission (TRC) called on the Canadian government to provide funding for the Canadian Museums Association to review museum policies and practices to improve the preservation and portrayal of Indigenous culture.

In response to TRC demands, heritage minister Pablo Rodriguez created a framework for the repatriation of Indigenous artifacts, allocating 1 million dollars to review museum policies. Though the pandemic delayed this work, the Canadian Museums Association is expected to provide a report on the topic in March 2022. The report has the opportunity to offer a tangible blueprint for supporting reconciliation efforts and mending the harm caused by colonialism. Currently, the decision-making power regarding the repatriation of artifacts remains in the hands of colonial institutions, giving them outsized control over the process. Indigenous nations must still go through an expensive process overseen by the museums and universities they are petitioning in any attempts to reclaim their artifacts in Canada. This includes the repatriation of their ancestral remains, with colonial institutions often delaying this process to conduct further research on them.

One recent instance of repatriation was the return of a hood stored in the Lachine Museum in Montreal to the Aanischaaukamikw Cree nation in 2021. Montreal Mayor Valérie Plante said the return of an “item that carries such an important historical significance” was an act of reconciliation and a step towards “aiming to establish government-to-government relations with one another.” Although this is a drop in the ocean in the grand scheme of reconciliation, it is a step in the right direction. Ultimately, whether to accept repatriation requests is up to the museums’ owners, who hold the object within their collections. In the case of the Aanishchaaukamikw Cree hood, the city of Montréal owns the Lachine Museum and therefore had a say on whether to accept the repatriation request. In this case, the mayor of Montreal supported returning the hood, but the issue nonetheless remains in the hands of Canadian institutions. This makes the relationship regarding these requests unequal and runs counter to reconciliation efforts. This repatriation request is the perfect example of how goodwill on behalf of museum owners is required to enact the repatriation of artifacts. Still, in many cases, the desire to maintain control over artifacts is far greater than the pressure to return them to their rightful communities. In the absence of a claim for repatriation, museums are also limited in their ability to commence repatriation efforts because they do not have the necessary funding to conduct investigations into their collections. However, the criteria for returning cultural artifacts differ depending on the institution. When deciding whether to accept a request for repatriation, some considerations include how the repatriation process will affect the value of a museum’s collection or whether Indigenous communities have the conditions necessary to preserve the object in the way that the museum deems fit. In many instances, Indigenous communities may not have the funds to build appropriate facilities to house these objects in the manner prescribed by the museum. However, this colonial mindset also implies that Indigenous peoples do not know how to care for their own possessions.

The United Nations Declaration on the Rights of Indigenous Peoples (UNIDRIP) states that Indigenous communities have the right to revitalize and practice their cultures in the ways they see fit. Since the Trudeau government reversed Canada’s decision regarding the declaration, the Canadian government has attempted to fulfil their obligations under the Truth and Reconciliation Commission (TRC). In that same vein, the Canadian government has committed $1 million towards reviewing museum policies to develop better practices for preserving and presenting Indigenous culture. As this policy review does not mention repatriation efforts, the focus will be on forming stronger relationships between museums and Indigenous nations rather than prioritizing the return of artifacts to their rightful communities. As it stands, many of these artifacts are confined in museum storage rooms, neither seen nor displayed.

Nonetheless, museums across the country have taken it upon themselves to continue the repatriation process—the B.C. Museums Association calls on publicly-funded institutions to return ancestral human remains and burial artifacts from their collections to their rightful Indigenous owners. As a result, in May 2021, the Huu-ay-aht First Nations began reclaiming some of their cultural artifacts from the Royal B.C. Museum after receiving a grant for repatriation. Hereditary Speaker Wišqii (Robert Dennis Jr.) of the Huu-ay-aht Nation lauded the initiative, stating that the return of the artifacts “[is] giving us a big part of our history back.”

Museums play a central role in defining the identity of a nation. They are truth-tellers and reflections of the values of our society. Recognizing that museums play a role in shaping and controlling Canada’s national narrative is an essential step toward ensuring that Indigenous communities can achieve autonomy over their heritage. There can be no reconciliation if museums do not cooperate and approve requests to return these artifacts with dignity and respect. In the museum context, decolonization also means giving Indigenous communities the right to decide what happens to their cultural artifacts, regardless of whether they meet the standards of care outlined by Canadian or other international institutions. If museums intend to maintain their collections of Indigenous artifacts, the desires of Indigenous people must be consulted and respected as to what they want to happen with their cultural artifacts for the reconciliation process to be truly viable.

While the repatriation of artifacts is a fundamental aspect of decolonization, it does pose problems for modern historians. This process may mean that historians may face barriers to accessing primary sources as they are gradually taken out of institutions and returned to their rightful communities. As museums are places where the wider public can go and learn about Indigenous cultures, this also means that people lose the opportunity to be introduced to these cultures. Nevertheless, historians and archivists can combat this by cataloging and digitally archiving these artifacts before returning them. The continued repatriation of artifacts is undoubtedly an exciting development. It will likely continue to go a long way in helping to reconcile historical wrongs made by nations implicated in colonialism.

Featured image: Peacekeeping Memorial Ottawa by Ken Banks is licensed under CC by 2.0