An End-Of-War Declaration on the Korean Peninsula: Why Is It So Difficult? 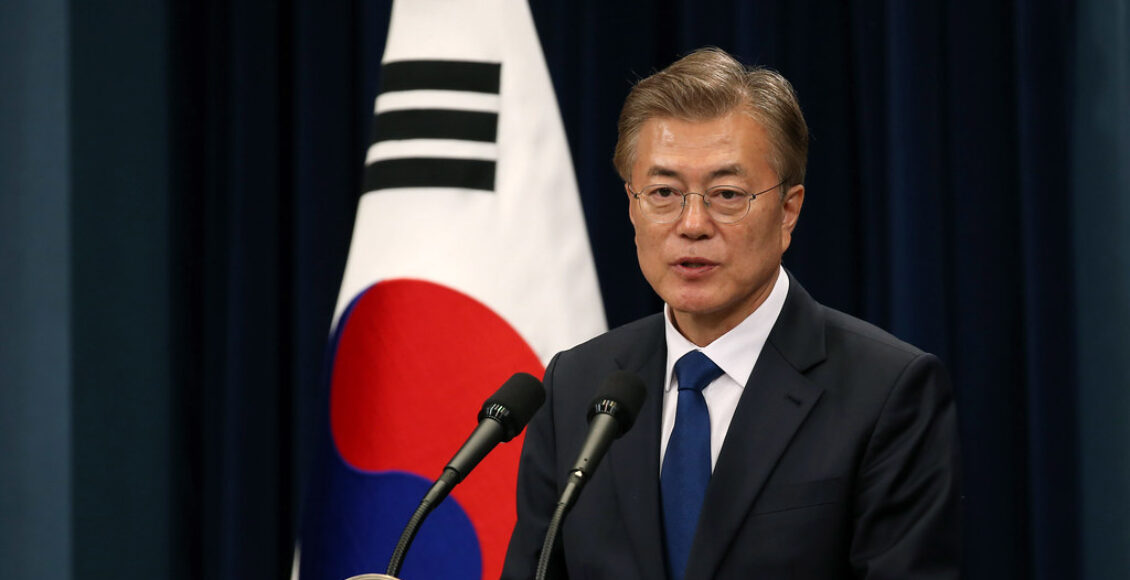 At the 76th session of the UN General Assembly held on September 21, 2021, South Korean President Moon Jae-in once again reiterated his proposal for a declaration to formally end the war on the Korean peninsula.

In the hopes of establishing a “denuclearized, co-prosperous Korean Peninsula,” Moon urged “the community of nations to mobilize its strengths for the end-of-war declaration.” Specifically, he proposed that the two Koreas and the US — ideally with the support of China — come together and declare that the war is over.

In 1948, in the early years of the Cold War, the Korean peninsula was divided into two sovereign states: the Soviet Union established influence over North Korea (DPRK) and the US over South Korea (ROK). In 1950, increasing tensions resulted in the Korean War, where the Soviet Union and China sided with the North, while the United Nations — mainly the US — backed the South. After millions of casualties, the conflict ended in 1953 with an armistice agreement.

As no peace treaty was ever signed, the two countries are technically still at war. In fact, there have historically been intermittent confrontations, mainly concerning North Korea’s missile tests and nuclear strategy and South Korea’s deployment of an anti-missile system in response, all of which have caused regional tensions. Today, the demilitarized zone (DMZ) that separates the two states remains heavily armed.

In recent years, however, the government of South Korea under Moon has achieved historical milestones in the process towards peace between the two countries. Representatively, the Inter-Korean Summit of April 2018 — the first in 11 years and the first since the North Korean Supreme Leader Kim Jong-un came to power in 2011 — marked a symbolic moment in Korean history. The two leaders effectively adopted the Panmunjom Declaration, establishing a new era of peace, prosperity, and reunification.

Distinct from the historically enduring discord between the two Koreas, the two countries now enter a critical period for the future. After all, it has rarely been the case that the two countries have both been led by leaders so actively committed to achieving reconciliation and cooperation. But the carry-through of the end-of-war declaration concerns more than just the two parties, despite their continued engagement. It also involves the United States — who has more to lose from a peace treaty than a continued stalemate.

The US-ROK alliance stemming from the North and South Korean conflict serves as an economic and political asset to the United States, and is a significant constituent of American hegemony. After the Korean armistice agreement, the US and South Korea signed the Mutual Defense Treaty, which committed them to mutually providing military aid in the case of external threat. This authorized the stationing of US armed forces in South Korea. Subsequently in 1966, the Status of Forces Agreement (SOFA) was arranged, consolidating the presence of US armed forces and their status in South Korea.

Today, the third-largest foreign US military presence is situated in South Korea, with approximately 28,500 US troops deployed in the Korean peninsula. Thus, an end-of-war declaration would strictly water down America’s military footprint in Asia. The US military presence in East Asia is crucial to maintaining American geopolitical interests in the Asia-Pacific, especially with its persisting rivalry with China. In fact, America’s bilateral relationships, such as that of the US-ROK alliance, have greatly contributed to persisting economic and political ties with its partners rather than ensuring security — this has become even more clear in the context of the subsiding tensions between the two Koreas. The purpose of US troops has essentially shifted to being an “institutionalized political presence” in the region, as opposed to its traditional security role.

The United States is insistent on the complete denuclearization of North Korea before moving on with peace talks. North Korea, on the other hand, wants to settle the end-of-war declaration before proceeding with denuclearization. Essentially, nuclearization is the single leverage and means for survival for North Korea. Nonetheless, Kim Jong-un has made an effort to show signs of cooperation, such as putting a halt to testing nuclear weapons and destroying Punggye-ri, a North Korean nuclear testing site. However, the US is disinclined to lift economic sanctions or get on board with the end-of-war declaration until North Korea has completely and irreversibly abandoned its nuclear program.

While Moon and Kim kickstarted the “new era of peace” with a positive note, the 2019 Hanoi Summit between the DPRK and the US was cut short with a “no-deal” due to both parties’ unwillingness to back up on the matter of complete denuclearization or sanctions relief. For his part, Moon calls for a “cycle of denuclearization and sanctions relief,” which would eventually induce North Korea to give up on its most deadly assets.

In effect, America’s intent is to drag out the negotiations aimed at securing Korea’s end-of-war declaration until it becomes nonviable. Moon’s presidential term is nearing its end, which means the chances of securing an end-of-war declaration are becoming slim. The current ruling political party of South Korea—the liberal Democratic Party of Korea—has historically favoured reunification and reconciliation with the North. The opposing party, the conservative People Power Party (PPP), is conversely known for sustaining its political legitimacy through the politicization and antagonization of North Korea. Historically, the ROK-DPRK relationship has swayed substantially depending on the ruling political party and the governing administration in the South.

The upcoming 20th presidential election of South Korea will therefore be a significant indicator of the chances of securing an end-of-war declaration. The main presidential candidates are Lee Jae-myung, governor of Gyeonggi Province, running for the Democratic Party, and possibly Yoon Seok-youl, the current front-runner for the PPP.

Democratic Party candidate Lee Jae-myung is known for his working-class background, having worked his way up from a factory worker to becoming a lawyer and politician. Lee is recognized for his push for social welfare programs and universal basic income. Still, his frequent digressions from the central government’s initiatives — in addition to his honest and straightforward language — have brought about mixed degrees of support from leftist supporters.

While the PPP has yet to nominate its presidential candidate, its two major conservative candidates Yoon Seok-youl and Hong Jun-pyo are both subject to corruption and political scandals. Yoon, in particular, is infamous for his abuse of power during his time as the former Prosecutor General, where a cycle of disciplinary action and suspensions ultimately forced him to resign from his position. Nonetheless, his election pledges concerning North Korea are certain: demanding that “the US [redeploys] its tactical nuclear weapons” and “[offers] a nuclear sharing deal with South Korea” in the case of threat from the North. These procedures would almost certainly reignite hostile relations between the two Koreas.

The future of the North-South Korean relationship will most likely depend on the South Korean presidential election outcome, which remains uncertain. Likewise, it will also depend on America’s stance on the conflict, such as the nature of American hegemony. This seemingly endless conflict could be close to a conclusion, but the Korean peninsula continues to sit on a knife’s edge for the time being, as it has for decades.