An Evening With Jodi Kantor: The Power of Investigative Journalism and the Me Too Movement 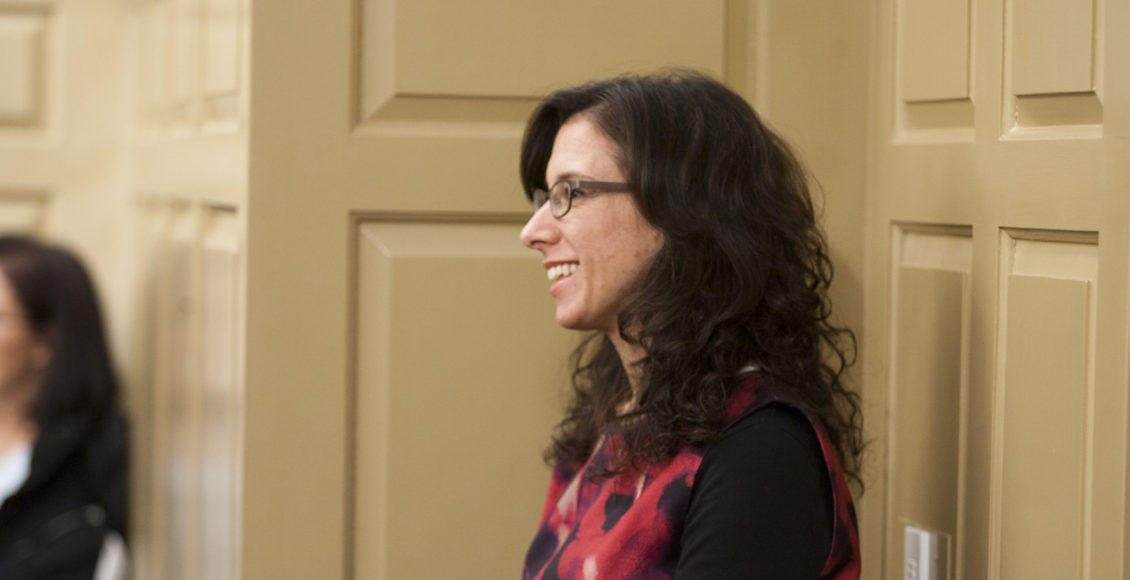 A few weeks ago, I had the chance to attend a discussion with award-winning journalist Jodi Kantor at the College of William & Mary, in Williamsburg, VA. As a staff writer for two different McGill publications and a proud feminist, I was delighted to have the opportunity to hear from one of the journalists who broke the Harvey Weinstein story for the New York Times. In fact, for her work on the story, Kantor was awarded the Pulitzer Prize for Public Service, alongside her colleague Megan Twohey, and Ronan Farrow of the New Yorker.

After a short introduction by William & Mary President Katherine A. Rowe, Kantor took the stage. She began her talk by describing a night in October 2017, just before her piece on Weinstein became public. She and Twohey were contemplating what she described as the ‘raw power’ of the piece they were about to publish. Kantor explained that they knew their reporting could corrupt decades of pop culture, and would reveal that the casting couch culture in Hollywood was worse than many believed. However, they were also skeptical that their article would actually change anything. They didn’t think Harvey Weinstein was that famous, which would limit the impact of the piece. They also didn’t think lasting change could come out of it, and that sexual harassment was just part of Hollywood culture. Furthermore, they had been threatened by Weinstein’s lawyers for weeks, and were afraid for their sources. While they believed in the importance of their work, they didn’t seem to be sure the world would.

Discussing the importance of journalism reminded Kantor of a story she had written years before on working mothers and and the difficulties of breastfeeding. While Kantor didn’t think the article would lead to major change, she was wrong. Her piece inspired two women to develop a nursing-pumping unit, which was first installed at the airport in Burlington, VT. According to Kantor, there are now more than 400 of these units throughout the country. The unexpected effects of her article gave her the opportunity to see what audiences can do with articles that resonate with them.

That October night, Kantor shared that they also wondered, “What would happen, if everyone knew what we knew.” They soon found out. Their reporting, combined with Ronan Farrow’s, was the Me Too movement’s catalyst. As Kantor highlighted during her speech, the movement has not spared an industry or political party. It also brought up many questions for activists and journalists that haven’t clearly been answered: Should harassers be able to pay their victims? What time of behaviour (work place, private interactions, etc.) is it better to focus on? What happens to the vulnerable women who cannot quit their jobs?

The discussion then turned to a short Q&A session with the audience, in which Kantor cheered on every young woman who started her question with “I’m an aspiring journalist”. While most questions centered on her role in the Harvey Weinstein story, they varied greatly in nature. One student asked for advice when interviewing sexual assault victims (according to Kantor, it is important to have a ‘sympathetic but rigorous’ ear), while another wondered about the future of the Me Too movement. Kantor also noted the ‘poetic justice’ that two working mothers had broken the Weinstein story, and the importance of differentiating journalists investigating sexual assaults and Me Too activists.

In my opinion, one of her most interesting answers when she was asked about the Brett Kavanaugh case, that she contrasted it with her own reporting on Weinstein. Kantor explained that the Kavanaugh allegations became a partisan warfare, and never provided a satisfying resolution for either side. She believes that the allegations could have led to a bigger societal debate on whether or not someone’s actions from high school should be disqualifying decades later, and deplored the fact that it remained a partisan conversation. She also noted that stories usually play out in a more brutal fashion when they involved a political figure, because it will ignite partisan passions and prevent true conversations.

When I walked into the conversation, I wasn’t sure what to expect. I obviously expected Kantor to touch on the Me Too movement because of her role in its origin, but I expected her to spend some time discussing the Fake News phenomenon, and President Trump’s relationship with the press. After all, the talk happened a few days after CNN’s Jim Acosta had his press credentials removed by the White House. However, Kantor limited the scope of her talk to investigative journalism, and the ripple effects of her story on Harvey Weinstein.

For that, I am glad. In a time where almost three-fourths of Americans believe that “traditional major news sources report news they know to be fake, false, or purposely misleading”, I found it refreshing to spend an hour in the company of a journalist who clearly takes her job very seriously. By making straightforward distinctions between being an activist and a journalist, Kantor showed that objectivity in journalism is alive and well. Journalists like her give me hope for the future of mainstream media, despite it being under constant attack from the current administration. During the event, Kantor demonstrated that investigative journalism is necessary to move society forward. In a time where more than two thirds of statements from the president of the United States are lies, it is important to know that journalists are there to uncover the truth.

As mentioned earlier, I write for two McGill publications. Despite that, I’m not sure if I will consider journalism as a career when I finish my degree. What I do know, however, is that if I do become a journalist, I want to be one like Jodi Kantor.