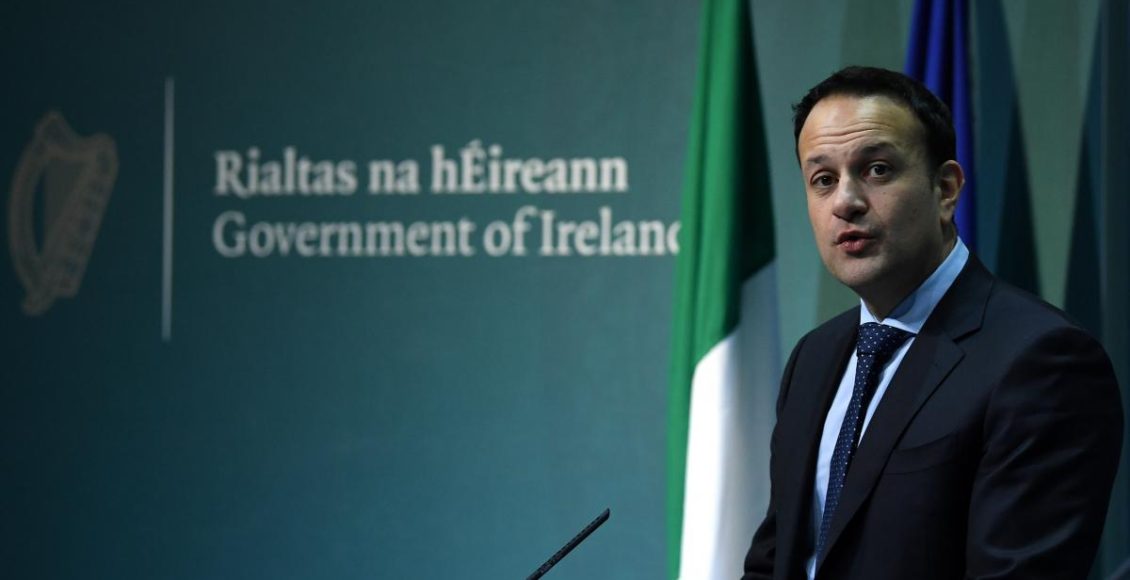 With the legalization of same-sex marriage in 2015, the ratification of the Thirty-sixth Amendment of the Constitution this September, and the recent decriminalization of blasphemy, Ireland is experiencing a sea change in cultural norms. While 78.3% of Irish people are Roman Catholic and over 66% of the population is 25 years old or older, a majority of the country’s attitudes towards the role of religion in society and law are changing. The Roman Catholic Church has had a hegemonic hold on many aspects of social and political life since the creation of the Irish Free State in 1922, but advances in liberalized democracy have mitigated the influence of religion in policy and legislation. Same-sex marriage was legalized by an overwhelming referendum vote of 62% to 38% held on May 22nd, 2015, and the repeal of the Eighth Amendment (allowing for the parliament to legislate for abortion legalization) was approved by a vote of 66.4% to 33.6% on May 25th, 2018.  Leo Varadkar, the first openly gay Taoiseach (prime minister) and youngest person to hold office at 38 years old, has described this shift in social attitudes as a “quiet revolution.” Mary Lou McDonald, leader of left-wing party Sinn Féin, stated “the people led and the politicians followed” following the referendum on abortion.

The latest progression in this social movement is the repeal of the 1937 Article 40.6.1.i of the Irish Constitution, which reads “The publication or utterance of blasphemous, seditious, or indecent matter is an offence which shall be punishable in accordance with law.” The October 26th referendum took place on the same day as the presidential election, in which Independent Michael D. Higgins was reelected. The referendum to amend the Constitution and “repeal of offence of publication or utterance of blasphemous matter” was approved 64.85% to 35.15%, with a turnout of 43.79%. This referendum also gave the ability to repeal sections 36 and 37 of the 2009 Defamation Act. The Defamation Act explicitly defines blasphemy as “grossly abusive or insulting in relation to matter sacred by any religion, thereby intentionally causing outrage among a substantial number of adherents of that religion.” The Act also includes specific criminal prosecution, providing the ability to fine someone €25,000 found guilty of publishing or uttering blasphemous matter, outlines the process for the Garda Síochána (Irish police force) to search and seize blasphemous material from the convicted person.

The passage of the 2009 Defamation Act prompted the organization Atheist Ireland to push for the act’s repeal and decriminalization of blasphemy as defined in the Constitution as well. The Fine Gael-Labour coalition government began to hold a convention to discuss potential decriminalization and amendments in 2012, which resulted in members voting 61-38 against retaining the Constitutional amendment prohibiting blasphemy.  The convention pushed this issue into the national spotlight, and in 2014 the Minister of State, Aodhán Ó Ríordáin, announced a referendum on the amendment of the Constitution would be held. After complications and setbacks, the government finally approved the referendum in June of 2018, and the Thirty-seventh Amendment of the Constitution Bill was introduced in July.

The with a young, openly gay prime minister, a Bernie Sanders-esque Independent president, and multiple progressive resulting referendums, Ireland is fundamentally transforming. While younger voters overwhelmingly supported the three previously mentioned referendums’ proposals, a shift in attitudes can be seen in all age groups. RTÉ exit polls from the blasphemy referendum concluded 7/10 voters aged 45 to 64 were likely to vote ‘Yes” and 6 out of 10 aged over 65. This social change is relatively uniform across women and men as well, with the same exit polls finding no difference in the proportion of women and men voting ‘yes’ to repeal. Ireland’s changing attitude towards the relationship between religion and state is beginning to be reflected by the actions of Catholic and Anglican Church, with the Church of Ireland and the Irish Catholics Bishops’ Conference endorsing the removal of the blasphemy provision, expressing the concern for “the way such measures have been used to justify violence and oppression against minorities in other parts of the world.”

The largest opponents of the repeal of the blasphemy statute were not all Christian, with the Islamic Cultural Centre of Ireland (ICCI) supporting the retention of the law. ICCI Spokesperson Dr. Ali Selim stated: “Religion for me is something very important but for somebody who is not a believer, religion is nothing. That’s fine. You can believe the way you want to believe because the law of this country gives you this right. But because it is important for me and not important for you then when it comes to the way religious affairs are addressed, then we need regulations that you and I should abide by.” Dr. Selim’s quote represents the protectionist worldview many religious organizations feel towards their weakening hold on the public’s social attitudes. Religious groups will remain major actors in behavior and culture in Ireland for the foreseeable future, but what is being witnessed is resistance to its unquestioned and unaccountable power in doing so.

With 23.49% of the Irish population aged 55 years old and over, the young demographic is naturally seeing their power being represented in policy and social norms. While most of the recent referendum’s still require legislative passage and implementation, the margins in which secular, socially progressive proposals are being approved indicate that whether these changes are written into law immediately, the norms are transitioning now and the institutions of government, civil society, and religion will be changing sooner than later.

Nathan Manhas is a U1 student currently pursuing a degree in International Development Studies and History. Born in Calgary, he has lived in Dallas, Texas for the past six years. His interests lie in diplomacy, conflict resolution, religion, international relations theory, and historical analysis.