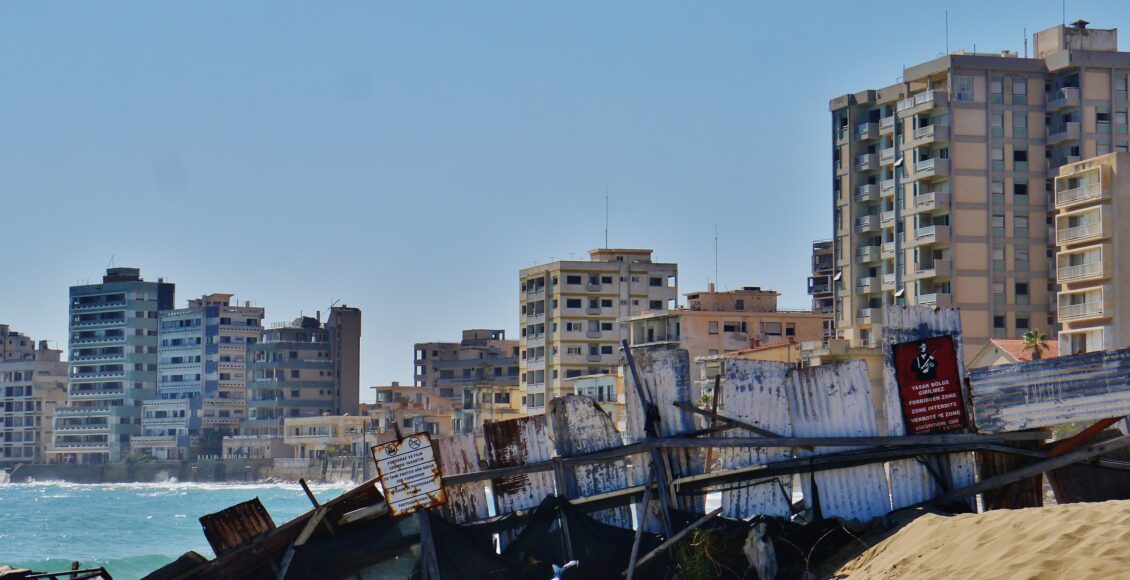 Cyprus is an island in the Mediterranean Sea mainly inhabited by Turks and Greeks. The island has been marred by interethnic conflict since the 1950s, setting the stage for Turkish military intervention in 1974. After the subsequent war, the island was separated into two different entities: the Republic of Cyprus and the Turkish Republic of Northern Cyprus (TRNC) — all efforts to reunite Cyprus had failed. The election of Ersin Tatar, a fiercely pro-Turkey politician, as the President of the TRNC in October 2020 has impeded the current Cypriot peace process. Turkey is the only state that officially recognizes the TRNC, which tends to obscure the importance of domestic politics in Cyprus.

History of the Cyprus dispute

Cyprus has been administered by the United Kingdom since the late 19th century, a situation that became untenable in the aftermath of World War II. In the 1950s, the Greek population of the island largely demanded enosis, or unification with Greece, whereas Cypriot Turks saw enosis as an existential threat and demanded taksim, the partition of Cyprus. Between 1955 and 1959, the period known as the Cyprus Emergency, pro-enosis Greek paramilitaries launched attacks against British and Turkish forces. An agreement between the UK, Turkey, and Greece led to the establishment of the Republic of Cyprus in 1960, based on power-sharing between the two communities. However, this agreement failed to quell intercommunal violence, with each community continuing to promote their respective goals of enosis and taksim. Following the Bloody Christmas massacres of 1963 that displaced 25,000 Turks into enclaves across the island, the political system collapsed entirely, and the Turkish community withdrew from the power-sharing mechanism.

Turkey’s intervention in Cyprus began in July 1974, after a coup d’état by Greek ultranationalists in Cyprus, sponsored by a far-right military regime in Greece. The successful landing of Turkish troops led to the collapse of juntas both in Cyprus and Greece within a few days. However, the United Nations-sponsored negotiations between Turks and Greeks collapsed, and Turkey went on to occupy the northern one-third of Cyprus in August 1974. Since then, the island and its capital city, Nicosia, have been physically separated, with two ethnicities withdrawing to their respective sides. A unilateral declaration of independence in 1983 created the TRNC, which is recognized only by Turkey and is subject to an international embargo. Numerous attempts were made to resolve the Cyprus dispute, but all have failed; most famously, the Annan Plan was supported by a majority of Turkish Cypriots but rejected by Greeks in a 2004 referendum.

Politics of the TRNC

The TRNC’s status as an unrecognized country engenders the false perception that it is merely a Turkish puppet state. The TRNC has managed to establish and sustain a democratic framework despite its dependence on Turkey to meet its economic and security needs. As a manifestation of the vibrant political scene, incumbent presidents have lost to their challengers in the last three elections.

The pro-unification camp believes that a united Cyprus is the best way out of isolation for the Turkish community, as it would bring the international embargo to an end, secure European Union membership, and provide better economic opportunities. The reopening of interzonal border crossings in 2003, after 29 years of total separation, has fuelled this hope of reunification and coexistence: Turkish Cypriots can cross into the Republic, and vice versa, with only a piece of ID for education, work, commerce, or leisure. The religious conservatism of the Turkish Erdoğan administration has further led to mostly secular Turkish Cypriots distancing themselves from Turkey.

In contrast, the pro-Turkey camp adamantly defends the preservation of the TRNC to safeguard the existence of Turks in Cyprus. Memories and stories of the intercommunal violence decades ago still inspire mistrust towards Greek Cypriots. An additional boost for the pro-Turkey camp is the Turkish settler population from the mainland. Voting preferences of the around 35,000 settlers who hold TRNC citizenship heavily skew against unification, as it would jeopardize their status. In tight elections, the Turkish settler population has the potential to tip the scales for pro-Turkey candidates.

The October 2020 presidential election was a close race between the incumbent President Mustafa Akıncı, of pro-peace Communal Democracy Party (TDP), and Prime Minister Ersin Tatar, who is a member of the National Unity Party (UBP) and ardently pro-Turkey. Akıncı had strained relationships with the Erdoğan government in Turkey throughout his time in office, bringing forward bold proposals such as abandoning the Turkish lira as currency or changing time zones to distance the TRNC from Turkey. In contrast, Tatar was supportive of the Erdoğan government, especially of its Blue Homeland doctrine that made maritime claims against Greece and Cyprus. In the run-off election, Tatar managed to narrowly defeat Akıncı and become President of the TRNC.

Tatar’s victory can be attributed to various factors. First, the failure of two-year-long talks between Akıncı and his Greek Cypriot counterpart Anastasiades dashed hopes for a permanent peace deal. Secondly, the COVID-19 pandemic has highlighted the structural weaknesses of the TRNC and its dependence on Turkey due to its international isolation, which may have further emboldened the pro-Turkey camp. However, Akıncı and his allies claim a third reason: Turkish interference. In addition to disproportionate Turkish media support for Tatar, Akıncı claimed that Turkish security officials had threatened him and lawmakers from Erdoğan’s party had campaigned for Tatar. The collision between Erdoğan and Tatar became visible when they unilaterally, and despite objections from Akıncı and Tatar’s own coalition partners, reopened the ghost town of Varosha for access days before the election to provide a popularity boost.

What does the future hold?

After only one year of the Tatar administration, decades of progress towards peace have halted. In recent remarks, both Tatar and Erdoğan shifted their rhetoric to argue that a two-state solution is the only way to peace. Previously, both Erdoğan and the previous Turkish Cypriot administrations were supporting a bi-zonal bi-communal confederation, as proposed in the Annan Plan. However, the two-state approach is unlikely to lead anywhere, as the international community is united against recognizing TRNC as a sovereign state. In addition, as exemplified by Turkish Cypriots’ approval of the Annan Plan and election of two pro-unification presidents since 2005, there is no consensus among the people of Northern Cyprus to sustain the division of the island. With no international recognition and limited domestic support, Tatar is trying to make TRNC’s existence a fait accompli through unilateral actions such as taking a further step regarding Varosha and opening it to resettlement in July 2021. Attempts to solidify the de facto existence of the TRNC through unilateral actions only entrench the isolation of Turkish Cypriots and make the Cyprus dispute impossible to untangle for future generations.

Featured image: Ghost town of Varosha was one of the most popular tourist resorts on earth before 1974. Photo by Zairon. Licensed under CC BY-SA 4.0.