An Open Letter to American Lawmakers Opposed to Gun Reform 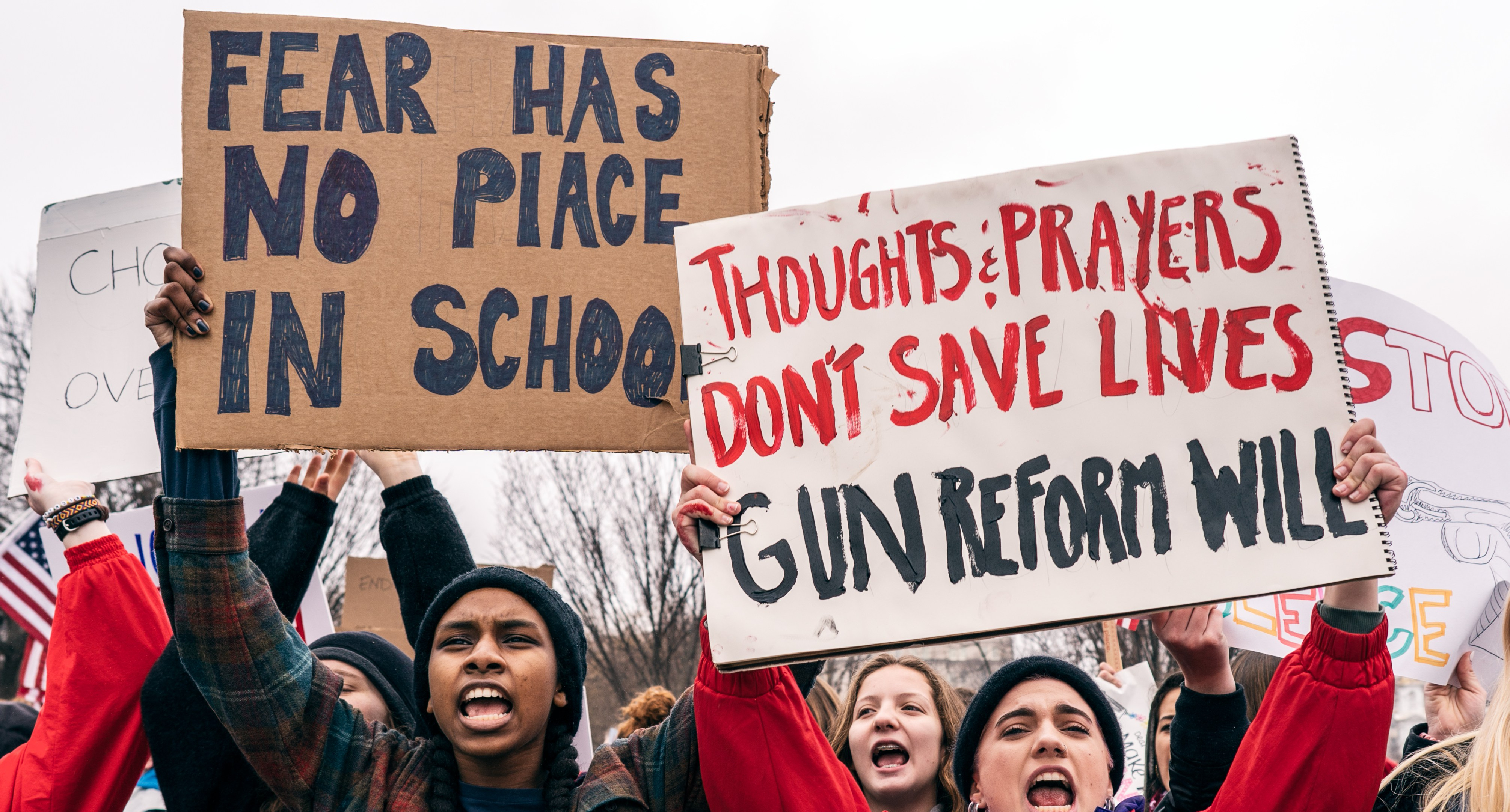 To any member of Congress currently opposed to gun reform legislation:

On February 14th, 17 people, 14 of whom were children, were murdered because you failed to pass legislation that would have prevented an AR-15 style semi-automatic rifle from ending up in the hands of an unstable, mentally-ill man. This is not the first time this has happened and if you don’t take action soon, it won’t be the last.

You deflect responsibility by claiming that gun violence is a mental health issue and not a a gun issue. Gun violence and mental illness are not mutually exclusive. Stop dichotomizing the issues to serve your own agenda. You are misguiding public opinion and creating a falsified narrative with unbelievably dangerous repercussions. While mental illness is a complex condition with often unforeseeable effects, it afflicts individuals all around the world; yet, no other country experiences as much gun violence as the United States. This is more than just a mental health issue. This is a gun issue.

You keep sending your “thoughts and prayers” to those who are hurt and those who are mourning despite their persistent requests that you do more than just pray for them. They beg you to fight for their futures yet you circuitously avoid enacting real, necessary change. Each time there’s a shooting you claim that this isn’t your fight, but you’re wrong. This is your fight because our fight is your fight. We cannot draft bills or stand up in Congress and vote on legislation. That is your job, and you cannot pick and choose when it is convenient or beneficial for you to fulfill your profession, especially not when people are dying.

Many of you point to the Brady Bill – a twenty-five year old piece of legislation that instates certain regulatory procedures, including background checks, for any gun sale in the United States – as sufficient protection against gun violence, but the Brady Bill is outdated, incomplete, and plagued with a slew of dangerous loopholes. For instance, the bill is only in effect in thirty-two states, meaning that eighteen states lack federally-mandated gun laws. Even within the thirty-two ‘Brady States’, the scope of its regulatory capabilities is often lacking. The Brady Bill does not account for the “secondary gun market”, which is responsible for 30-40% of all gun transfers made every year. It does not address the buying and selling of firearms at gun shows, wherein background checks are optional and therefore disregarded. And, it imposes a senseless three-day time constraint on FBI checks, which means that if an FBI investigation into a suspicious transaction is left inconclusive after three days the sale is allowed to proceed regardless of the individual’s potential risk. This loophole, dubbed the Charleston loophole, enabled Dylann Roof to murder nine people at a church in Charleston, South Carolina on June 17th, 2015. This shooting took place three years ago and little has changed since.

Occasionally you agree and make statements in favour of more comprehensive background checks, yet whenever proposals are drafted, you claim that they overstep and you make sure that they disappear quickly and quietly. You are more interested in pleasing donors and friends than you are in ensuring that guns do not end up in the hands of those who are capable of harming others and committing murder. Not everyone who owns a gun is a murderer, but a gun in a murderer’s hand is a lot more destructive and deadly than a knife or any personal weapons.

You take money from the National Rifle Association and allow this to sway your vote. You convince us that this is okay because it’s how the system works, except a true democracy does not allow the buying and selling of votes; in fact it demands the opposite. The constitution that you are always so quick to protect whenever the 2nd Amendment is in question is in place to uphold these exact democratic values. However, you consistently seem to ignore and undermine the values and rights that don’t suit your own, specific interests. You are terrified of infringing upon an individual’s right to “keep and bear arms”, but what about other individual rights, like the right to safety, security, prosperity, and liberty – all of which are considered to universal human rights, yet are directly violated if dangerous actors are able to purchase and use firearms? You claim that gun laws are inherently undemocratic, but what about democracies like Canada and Australia that have enacted common sense gun laws? Are they undemocratic for valuing human life over the theoretical refuge of a gun? No. In fact, Canada and Australia are considered to be more democratic than the United States. Stop prioritizing the survival of the 2nd amendment over the survival of innocent Americans.

Some of you, including President Trump, propose solutions that involve arming teachers with guns as a backwards method of defense. Somehow you believe that increasing the number of guns in schools will decrease gun violence. While a gun fired in defense may be morally justifiable, it is nevertheless, in and of itself, a form of gun violence. You are literally proposing to decrease gun violence by increasing gun violence. Instead of using tax payers’ money to buy more guns, why not use this money to equip schools with additional learning materials? Instead of funding military-style training programs for teachers, why don’t you give them a well-deserved and overdue raise? Instead of building armouries in schools, why don’t you improve the infrastructure of existing schools to benefit the education of future generations?

You continue running on platforms that promise Americans a better and brighter future, yet you eagerly subscribe to the political game that prioritizes the wealthy 1% over the disadvantaged 99%. You clammer for attention when the cameras are on and the chequebooks are open, but act indifferently towards those who have neither yet need you the most. Guns will continue to kill innocent people unless you enact the necessary change to protect those you supposedly serve, and this can only happen by recognizing the issue for what it is – a gun issue, whereby passing legislation will prevent firearms from ending up in the hands of unstable, violent individuals.

This is only the beginning, and we desperately need your help going forward. Please, help save lives.