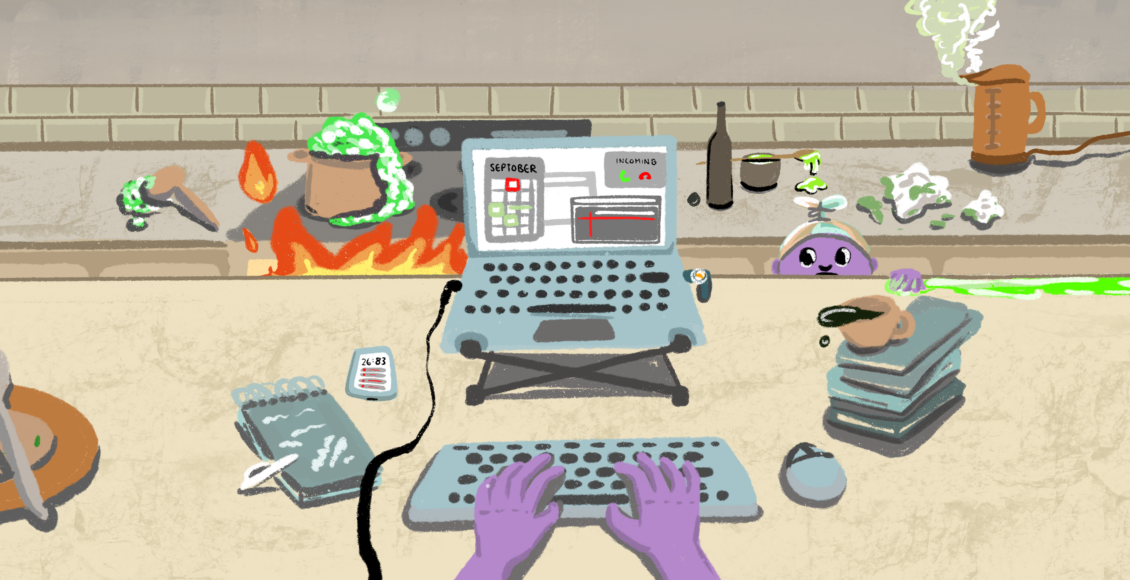 Creating the perfect home office is like cutting your own hair: everyone thinks they can, but enough distractions or mistakes can produce a little more than a funny story. As companies and cities reevaluate the time and place to return to work, the issue of distanced office spaces proves to be a microcosm of the broader questions surrounding public design in light of COVID-19. With economic concerns looming closely behind the risk of a second wave, municipalities must protect public health without stifling the needs of businesses and citizens, cautiously aiming to sterilize shared spaces without sterilizing collaboration altogether. Evidenced by epidemics of the past, social gathering reveals an intersection of intellectual growth and health concerns, where planning the future of shared spaces must weigh the demands of a sequestered digital world against more analog iterations of open fellowship, reflected in individual offices and the cities that house them.

In 2013, the Gensler Research Institute examined workplace productivity and wellness in relation to the spatial design of companies in the US. It revealed that an estimated 330 billion USD in productivity was lost each year as a result of poor office design. Focusing on factors like functionality, comfort, and natural light to categorize office plans as either open, closed, or flexible, Gensler’s investigations show that open office plans allow for better sociability and collaboration, but can also prove costly for small companies. By 2014, almost 70 per cent of offices in the US had adjusted to an open plan following the leadership of companies like Google and Pixar. Adobe similarly redesigned their New York office in 2016 to encourage its employees, who primarily worked remotely, to make use of the space and justify its lease. In doing so, it recognized the flexibility of working from home, and renovated to reflect this; the office is now a model example of workspace design.

As companies continue to evaluate the merits of distancing post-pandemic, they must look to organizations that have made the transition prior to this year, who can reveal its benefits and challenges. Working from home is contingent on the ability to control the workspace, which is why in 2017 IBM reversed its decision to operate remotely after discovering that productivity had been sacrificed for employee mobility. With COVID-19, companies must weigh this productivity loss against a widespread lack of PPE for employees, the risk of further spread, and the potential for lower quality work. Distanced collaboration and limited communication are also furthering a loss of creativity, as a growing number of family members and roommates join the ranks of remote employees and the distractions of home offices grow comparable to those of a high density open plan office. The Journal of Environmental Psychology reveals that neither setting is favourable in the pursuit of productivity, and that their striking similarities only further the complications of a work/life balance in isolation. For those who simply cannot work from home, the issue of staying afloat is also shaped by the inability to gather and commute: remote work drastically alters social commodities and urban structures, from public transportation to farmer’s markets. In all instances, the responsibility of providing stability for local businesses and city workers increasingly falls on their respective municipalities, transforming the challenge of redesigning office spaces into a city-wide puzzle.

In France, this responsibility once fell to civil servant Georges-Eugène Haussmann, who was enlisted to renovate Paris following a cholera epidemic that took over 19,000 lives, and emphasized the city’s lack of public hygiene. By 1848, he began to implement aqueducts, update the sewer system, and create space for a rising population, despite the death toll. Haussmann also used his renovation as an opportunity to suppress future uprisings by eliminating narrow avenues and older neighbourhoods that served as gathering spaces for the lower classes, artists, and activists — spaces that were frequently barricaded in attempted revolutions. These areas were replaced with high density housing, parks, and boulevards for the bourgeoisie, effectively gentrifying the public sphere and widening the gap between classes through the elimination of the hallmarks of a working-class environment. Twenty-two years in the making, Haussmann’s urban design was a novelty, and is remembered as the effective modernization of Paris — and yet, this change has been depicted by artists as a dramatic stain which decimated the Parisian legacy of cultural and creative prowess. Haussmann’s work improved the sanitation, air quality, and crime rates of Paris, but in doing so alienated those without the means to acclimate, leaving a cultural trauma that still lingers.

In medieval Italy, the bubonic plague had a different effect on urban development: cities saw the restructuring of the economy and the healthcare system, allowing for a period of intellectual and artistic growth leading into the Renaissance. Risk of infection led hospitals in larger towns to separate the injured from those with the plague, and the loss of cultural authorities pushed scholars to reimagine scientific inquiry into fields such as astronomy, medicine, and mathematics. Similarly, the plague initiated higher market wages as skilled work increased in demand, and the introduction of the printing press allowed education to be disseminated; both advancements shrank the social hierarchy that was on the decline in Italian towns. The economy grew to support the artistic boom of the years to come, and while the devastation caused by the plague is evident, it spurred invention and development. At present, urban developers would do well to learn from history — be it the untapped potential found in Italy or the deep divisions created in Paris — to ensure that COVID-19 becomes a means of moving forward in the creation of opportunities, not inequalities.

Forging ahead, Montréal’s resources may help the city blaze a trail for urban development in the wake of COVID-19. The city is fortunate to be recognized by UNESCO as Canada’s only City of Design, which has allowed it the resources and teams needed to restructure the city towards the UN’s 2030 Agenda for Sustainable Development. As part of its status as a Creative City, Montréal must use its resources to accommodate for collaboration with citizens and to maintain the distinct Québecois identity that contributes to city life. These goals for sustainability include plans to redesign public spaces to be engaging for residents and creating room for social interaction that intersects with green initiatives. Should this prove a favourable approach, it may push forward the city’s plans for more accessible public spaces, as indicated by the Avenue McGill College design competition of earlier this year. In planning city adaptations that protect citizens’ health while making public spaces more pedestrian-friendly, Montréal is restructuring its urban identity without treading towards a Haussmann-like approach. Furthermore, as the Quartier des Spectacles continues to engage the downtown community with outdoor installments, and an influx of mask regulations brings the city closer to normal, Montréal may be able to retain a standard of social gathering that is altered only in precautions, but not in quality. As cities around the world seek new visions for operations post-pandemic, Montréal is proving that one does not have to sacrifice community engagement for a safe return to normal.

Modern life is defined by the environment it grows from. In the wake of COVID-19, metropolitan centres must reassess not only what public health looks like, but also how public health can be maintained in population-dense areas. A review of city and workplace structuring necessitates foresight into both the current state of social distancing efforts and the long-term effects of isolation on businesses and communities. Should technology continue to be the bridge between health precautions and productivity, designs for the future must also consider the desire for social commodities: to gather, to share, to be social, and to thrive in communities of all forms.