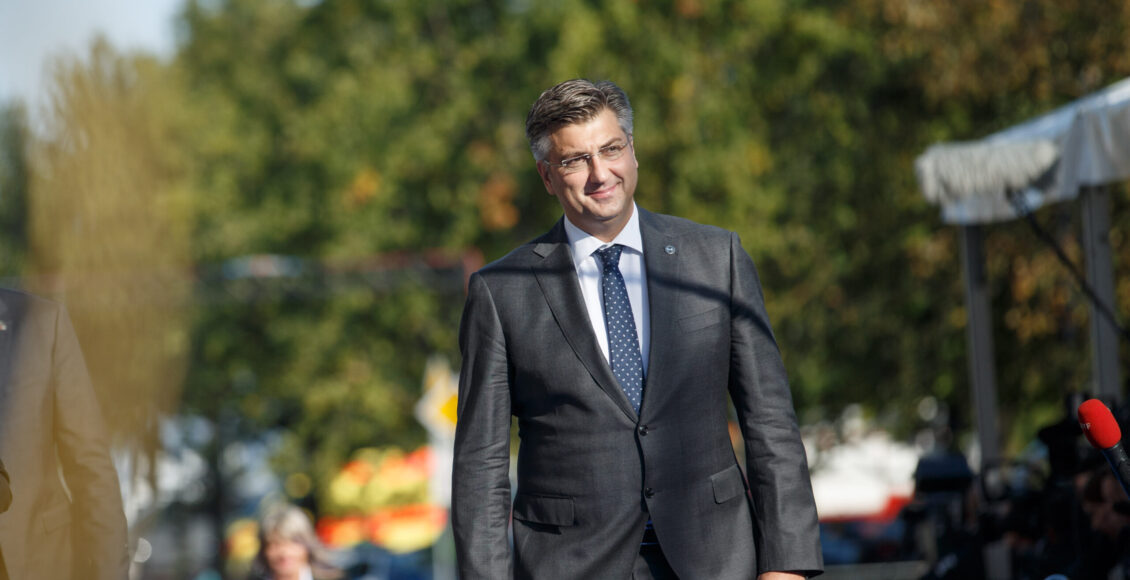 After leading the country for 22 of the 29 years since Croatia’s independence, the Croatian Democratic Union (HDZ) has become a force to be reckoned with in Croatian politics. A party with right-wing nationalist roots, the HDZ went through considerable change under incumbent Prime Minister Andrej Plenković. Against all odds, Plenković’s HDZ won a remarkable victory in the parliamentary elections held on July 5, 2020. This victory dashed the far-right’s hopes to have a voice in Croatia’s government and marked an impressive success for Plenković’s project to transform the HDZ into a moderate centre-right party.

The HDZ was established in 1989 by nationalist historian Franjo Tudjman as a right-wing political party. In 1990, the party won its first multi-party elections, and Tudjman became the first non-communist president of Croatia. He then went on to lead Croatia during its tumultuous War of Independence from 1991 to 1995. The Tudjman era was marked by corruption, authoritarianism, and nationalism. Moreover, his brand of nationalism was laced with irredentism, historical revisionism, and chauvinism. After Tudjman died in office in 1999, Croatia quickly passed constitutional reforms to democratize the country. The HDZ subsequently lost the 2000 election to the Social Democratic Party (SDP).

After Tudjman’s death and the electoral defeat in 2000, the HDZ had to reinvent itself. The party’s new leader, Ivo Sanader, adopted slightly more moderate and pro-European positions, and the reinvigorated HDZ won elections in 2003 and 2007 with Sanader as prime minister. However, support for the HDZ started to fade in 2009 due to corruption scandals that led to Sanader’s imprisonment, as well as the impact of the Great Recession on Croatia’s tourism-dependent economy. The SDP handily defeated the HDZ in the 2011 elections, triggering yet another ideological repositioning for the party.

Following its 2011 loss to the SDP, the HDZ underwent an internal struggle between its two ideological wings: pro-European moderates, oriented towards liberal-conservatism, and right-wingers with nationalist, a social conservative, and Eurosceptic positions who adhere to Tudjmanism. After Tomislav Karamarko was elected party leader in 2012, right-wingers emerged as the more prominent faction. Subsequently, in January 2015, HDZ candidate Kolinda Grabar-Kitarović, a diplomat who campaigned on Tudjmanism, defeated the incumbent leftist President Ivo Josipović for the mostly symbolic office.

As the HDZ returned to its right-wing roots, the 2015 election campaign coincided with the refugee crisis, pushing the party to focus on immigration as a key issue and advocate for militarized borders. In this nationalist political environment, it managed to overcome the SDP by securing the largest number of seats in parliament. However, the HDZ fell short of winning enough seats to establish a government on its own. The party consequently reached a deal with Most, an anti-establishment party that insisted on the nomination of a technocratic prime minister. In light of this, Tihomir Orešković became prime minister instead of Karamarko. Despite not occupying the position himself, Orešković’s lack of notoriety and political experience gave Karamarko the opportunity to push his right-wing agenda.

The Orešković government was short-lived, but it cemented the presence of far-right politicians within the HDZ’s ranks, and was plagued by issues of corruption. The existence of far-right elements within the HDZ became evident after the appointment of Zlatko Hasanbegović, an HDZ Member of Parliament, as Minister of Culture. Hasanbegović’s appointment caused an international outcry after it was revealed that he referred to Ustaša fighters — Nazi-affiliated Croatian fascists who conducted genocide against Serbs, Roma and Jews during the Second World War — as “heroes and martyrs” and described the defeat of the Ustaša regime as “our biggest national tragedy.” The coalition government eventually disintegrated in June 2016 due to corruption allegations against Karamarko, forcing him to resign from his role as party leader.

The collapse of the Orešković government triggered a snap election, prompting the HDZ to rapidly find a new leader. It did so in Andrej Plenković, a relatively unknown member of the European Parliament who belonged to the party’s moderate wing. This strategy of selecting a newcomer with fresh ideas, moderate tendencies, and little ties to corrupt politicians proved successful: the HDZ won that election with an increased number of seats and Plenković became Croatia’s prime minister.

Shift to moderate politics & backlash from the right

By winning the September 2016 election, Plenković secured the credibility and political capital necessary to push his moderate agenda forward, with the aim of  “emulating Merkel, not Orbán.” He refrained from offering ministerial seats to controversial figures and promptly expelled Hasanbegović from the HDZ. Moreover, Plenković advocated for increased European integration, focusing on Eurozone and Schengen Area membership, distanced himself from nationalism, and followed a reconciliatory approach towards Croatia’s Serb minority.

This moderate shift met was met with resistance both inside and outside the party. Some members of the HDZ coalition, such as right-wing MP Ladislav Ilčić, crossed the floor due to Plenković’s progressive stance on social issues, such as his support for the Istanbul Convention. The most significant challenge, however, came from Miroslav Škoro, a famous folk singer who had also served as an HDZ MP in 2008. In 2019, Škoro declared his candidacy for presidency as an independent candidate, running on a nationalist and populist platform. During the election campaign, Škoro and Grabar-Kitarović sought to one-up each with nationalist rhetoric. In the first round, Škoro narrowly placed third, behind SDP candidate Zoran Milanović and Grabar-Kitarović. Subsequently, in the run-off, former Prime Minister Milanović defeated a gaffe-ridden Grabar-Kitarović.

While Grabar-Kitarović’s defeat weakened the nationalist wing of the HDZ, it still made a final attempt to defeat Plenković. Miro Kovač, who attributed HDZ’s presidential defeat to Plenkovič “turning HDZ into a party without flavour,” challenged Plenković in a leadership race. Despite all the fuss, Plenković ultimately won the March 2020 race with over 80 per cent of the vote and galvanized his support within the party. Meanwhile, Škoro used his political support to establish his own nationalist-conservative party, the Homeland Movement (DPMŠ), leading former HDZ allies such as Ilčić, Hasanbegović and Ruža Tomašić to join Škoro’s electoral alliance.

Amidst this political tension, and hoping to capitalize on Croatia’s successful management of the first wave of the COVID-19 pandemic, Prime Minister Plenković triggered a parliamentary election a few months ahead of schedule, in July. However, the HDZ faced unexpected hurdles, coming under attack from both the left and the right. Opinion polls indicated a lead for the SDP, and the most feasible government coalition was expected to be an HDZ-DPMŠ partnership. This scenario would have ended Plenković’s efforts to moderate the HDZ, and possibly his political career, as the DPMŠ pledged to replace him.

However, the unexpected happened. The HDZ comfortably won the most seats in parliament, just coming short of forming a majority government, a somewhat rare outcome in the Croatian electoral system. Instead of coalescing with the DPMŠ, Plenković found necessary support from minor liberal parties and fortified both his own position and HDZ’s new identity as a moderate, centre-right political party. Moreover, as an important step towards reconciliation with the Serb minority, Plenković appointed Boris Milošević, a Serb, as deputy prime minister. While neighbouring countries are being usurped by right-wing populists such as Janša, Orbán and Vučić, Plenković managed nothing short of a feat, veering his party and Croatia in a more moderate, reconciliatory, and pro-European direction.