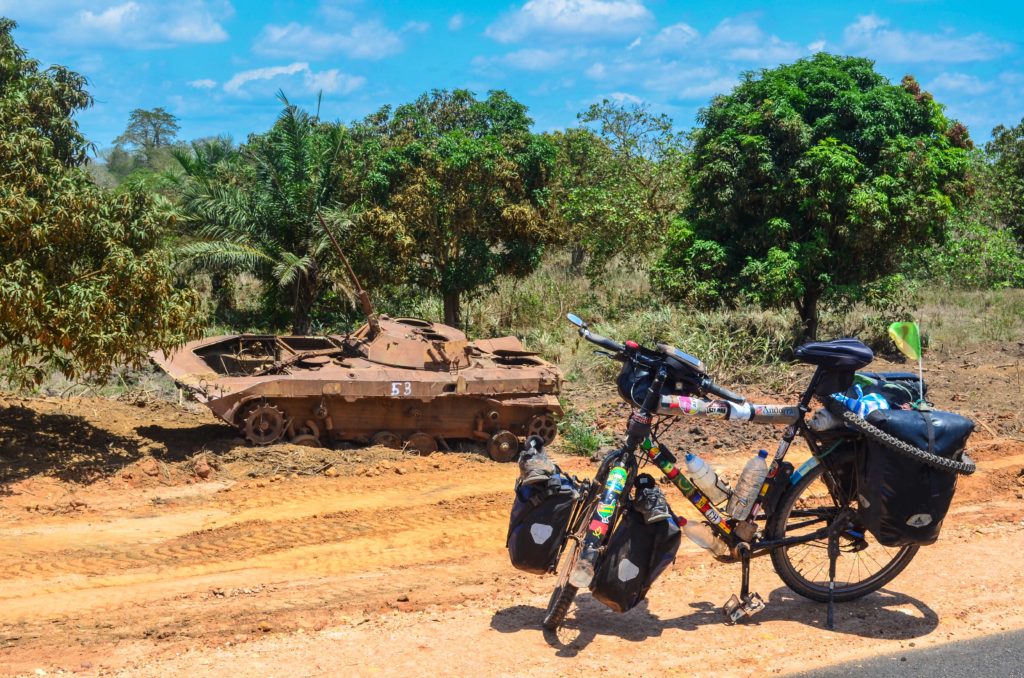 While the Angolan Civil War ostensibly began as another proxy war between the Soviet/Cuban-supported MPLA and the U.S.-backed UNITA, it soon devolved into a war over the vast oil and mineral wealth within the country, setting development back by decades and devastating the country’s economy and infrastructure. The ramifications of the Civil War, which officially ended in 2002 upon the death of Joseph Savimbi (leader of UNITA), are important to consider as we view Angola through the 2018 lens of Lourenco’s modern presidency.

Firstly, the decades-long civil war destroyed the institutions that had existed in the country since colonial times. Schools, hospitals, churches, railways, and bridges became casualties of the incessant fighting. This led to  a massive brain drain in which over 500 000 Angolans fled the country during the war. This has devastating implications for the rebuilding economy, for two main reasons. Firstly, the loss of many educated professionals meant that once the country began rebuilding in 2002, the government relied on  personal networks and foreign intervention to help fix the country. In essence, it bolstered the patronage that had already existed during the war; those connected to dos Santos quickly became wealthy as the educated, middle-class Angolans had not returned to the country yet. Secondly, the destruction of Angolan infrastructure led to a vacuum in the labour market – nearly half of the population is younger than 15 years old. This means that the country is lacking homegrown doctors, teachers, nurses, and other professionals, resulting in a self-perpetuating cycle of poverty and underdevelopment.

The lack of legitimate economic opportunities and institutions during the civil war has led to the creation of a “shadow economy“, which refers to the illegal or grey area aspect of local business and services. Instead of relying on government programs to provide things such as clean water access and mail delivery, many citizens rely on grey and black-market alternatives. However, because these systems don’t rely on the central government, the government is unable to collect taxes or properly regulate the economy. Lourenco’s main task will be to find ways to integrate the informal economy into the formal, as well as creating more opportunities within the actual formal economy. Lourenco has already started this process by devaluing the Angolan kwanza to stimulate the economy and by firing Jose Filomeno dos Santos (son of the former president). Jose dos Santos Jr. had been head of Angola’s sovereign fund, which holds all the money the state is meant to invest. The Paradise Papers revealed that he had funneled tens of millions of dollars to colleagues, family, and friends.

Another important impact of Angola’s Civil War is China’s financial and economic investment in the country. China has lent Angola over US$60b since the countries established ties in 1983. Since the civil war ended in 2002, China has provided Angola with billions in loans and lines of credit while Angola provides China with oil.  This could lead to potential over-dependence on China. This could have a devastating impact on the Angolan economy if China decides to move its ventures elsewhere, especially as Angolan oil profits have fallen since 2010. Lourenco has taken proactive steps in reforming the oil industry by firing Isabel dos Santos and calling for a review of the oil industry as a whole.

The Angolan Civil War caused decades of instability within the country, killing and displacing millions and destroying the pre-revolution development the country had undergone. In the vacuum left by the ineffectual and corrupt government, citizens and international bodies have attempted to redirect Angola towards a ‘better’, more developed future.