Another Goal in Mind: “Sportswashing” in Professional Soccer 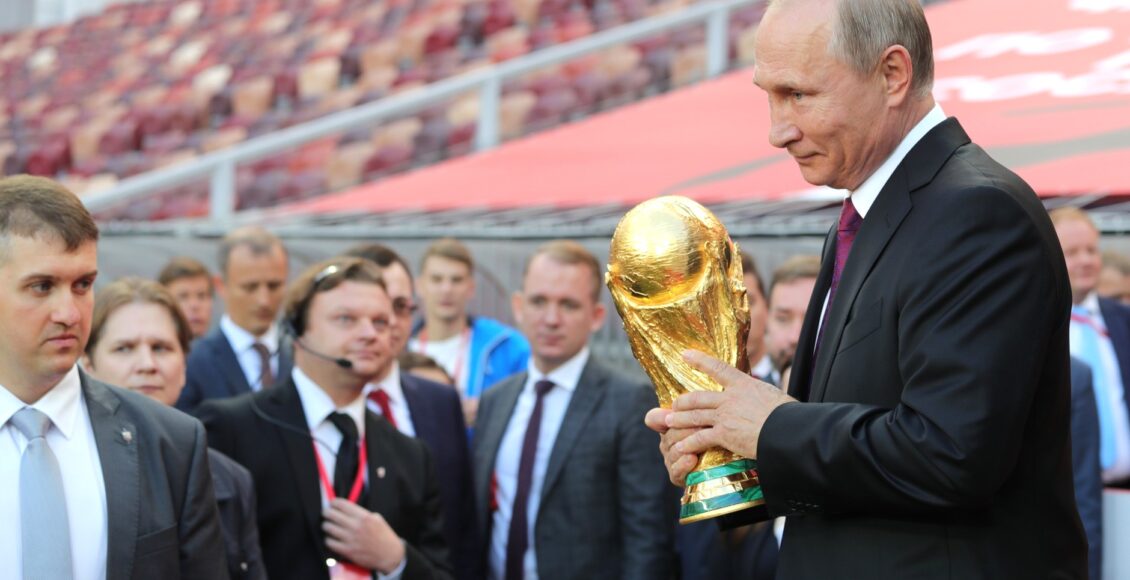 For centuries, politics and sports have been deeply intertwined. Roman elites organized gladiatorial games as displays of wealth and to distract the populace from the issues of the time. “Muscular Christianity” was promoted in the late 19th and early 20th centuries, tying the burgeoning popularity of sports, like gridiron football, to the church in a time when religious groups held a particularly influential role in society. Furthermore, Nazi Germany hosted the infamous 1936 Olympic Games, hoping to positively shape the regime’s global image with the help of Joseph Goebbels’ propaganda machine.

In recent years, despotic regimes have turned to soccer, the world’s most popular sport, to build their global influence. For instance, while the sports world reeled from a blanket of cancellations due to the coronavirus outbreak, Saudi Crown Prince Mohamed Bin Salman orchestrated a £300m financial takeover of the English club Newcastle United, paid for by the Saudi Arabian Public Investment Fund (PIF). The deal was condemned by human rights groups such as Amnesty International, which accused Bin Salman of “sportswashing,” a practice the Irish Times describes as “any time any dodgy power attempts to use a sporting event as a means to launder their reputation and/or gloss over miserable records on human rights.”

While critics, including the fiancée of late journalist Jamal Khashoggi, who was murdered at the Saudi Arabian consulate in Istanbul, have expressed disdain at the takeover, the injection of millions of dollars into the club delighted many Newcastle supporters. Other popular but previously unsuccessful English clubs, such as Manchester City and Chelsea, are now perpetual contenders for trophies thanks to talented foreign players paid for by Russian and Emirati backers. The number of major clubs that are sponsored or owned by groups connected to repressive governments proves that most fans are willing to overlook their patrons’ misdeeds if it puts championships within reach.

Some of the most active proponents of this practice are the governments of Russia and Qatar, ranking 149th and 129th respectively (out of 180 countries) on Reporters Without Borders’ 2020 World Press Freedom Index. These oil-rich states have both been accused of despotic behaviour, and both maintain a major foothold in the professional soccer world. In 2007, Russian oil company Gazprom, of which the Russian government is the majority shareholder, signed a major sponsorship deal with the German club Schalke 04, saving the club from major debt. The timing of this deal was no coincidence — two years earlier, German chancellor Gerhard Schröder signed an agreement with the Russian government to approve the construction of the $6B Nord Stream pipeline linking Russia and Germany. The deal was carried out only weeks before Schröder left office. Soon after, the former chancellor was appointed chairman of the Nord Stream shareholders’ committee. These scandalous events have created a great rift in Russo-German relations.

Gazprom’s sponsorship deal with Schalke 04 can be seen as an attempt at sportswashing Russia’s reputation among Germans, particularly those living in the Ruhr Valley, which happens to be the home of both the German energy sector and Schalke 04’s home stadium. In this way, the Russian government is using the potential success of Schalke 04 to make residents of the Ruhr Valley turn a blind eye to their corrupt operations. Gazprom also sponsors other European clubs, along with the world’s premier club soccer competition: the UEFA Champions League. By hosting the FIFA World Cup in 2018, Putin’s sportswashing reached new heights. Hosting one of the world’s most-watched sporting events legitimized the Putin regime for many fans despite reports of forced labour and corruption involved in stadium construction.

Another nation using sportswashing to ameliorate its global reputation is the Gulf state of Qatar. Ruled by the absolutist Al Thani family, Qatar has followed a similar model to Russia by using the profits from its massive oil reserves to sponsor major teams and host the 2022 FIFA World Cup. Furthermore, the Qatari sovereign wealth fund invests in clubs that already have massive international followings. Since 2010, state-owned Qatar Airways has signed deals to sponsor clubs such as Italy’s AS Roma, Germany’s Bayern Munich, and Spain’s FC Barcelona. Additionally, Qatar Airways is a major sponsor of the FIFA World Cup, while Qatar Sports Investments owns the French Ligue 1 champion Paris Saint-Germain. Qatar Sports Investments is controlled by the Qatari State and is chaired by influential Qatari businessman, Nasser Al-Khelaifi, who was also appointed to the powerful UEFA Executive Committee in 2019. To this degree, the Qatari government effectively has representation and authority at the very peak of professional soccer.

Having received the rights to host the 2022 FIFA World Cup, Qatar also has a huge stake in FIFA. This decision by soccer’s governing body, which was allegedly influenced by bribery, is considered highly controversial. While winning the 2022 World Cup hosting rights is great for Qatar on a sporting level, it also serves soft power purposes. As shown by Russia in 2018, hosting a World Cup can be an extremely potent way to improve the public image of illiberal regimes.

Unfortunately for the Qatari government, the construction of World Cup stadiums has shed new light on the regime’s disastrous human rights record, particularly regarding foreign workers. However, there are worries that if Qatar’s sportswashing effectively overshadows its problematic recent history, as was the case in Russia, all will be forgotten when the tournament finally rolls around.

There has been some level of effort on the part of soccer administrations to discourage the sport from aligning itself with authoritarian regimes. Still, transparency has never been the strength of organizations like UEFA and FIFA. The Premier League has put protocols in place, such as “background checks” for new club owners, ostensibly to reduce corruption. Despite recent reports of Saudi firms pirating live soccer broadcasts by Qatari-owned beIN Sports, it seems possible that the Newcastle deal will go through, given the other prospective owners who recently passed the so-called “fit and proper persons test.”

There are other solutions to the problem of soccer-assisted sportswashing. For instance, leagues, clubs, and associations could adopt a more stringent vetting process for team investors. Likewise, the governing bodies of the sport could require full audits of club owners on a yearly or biyearly basis. Unfortunately, money often speaks much louder than human rights watchdogs.

Ultimately, it is up to the fans to decide whether or not sportswashing behaviour is acceptable. Spectators have a responsibility to try and maintain the integrity of the world’s most popular sport and to hold clubs, leagues, and tournaments accountable for the despots they associate themselves with.

Governments have always attempted to repurpose public sporting enthusiasm for their political gain. Sportswashing is simply a modern-day manifestation of this idea. The regimes in question are guilty of horrendous human rights abuses and corrupt activity. They hope that the international community will ignore their behaviour if they can host major events and sponsor winning teams. Therefore, as fans, we must always consider the ulterior motives of those who fund the sports that we love.

Featured image “At the 2018 FIFA World Cup Trophy Tour kick-off ceremony” by Kremlin.ru is licensed under CC BY 3.0.