Another Page in Russia and LGBTQ Rights: The Chechnya Story 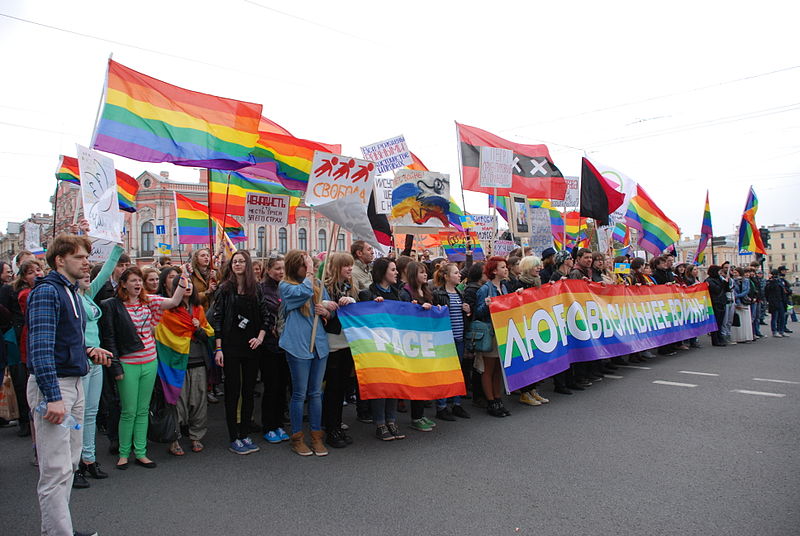 Accusations of human rights abuses are nothing new to Russia and most recently, the situation has reached an alarming climax as the Chechnya region in Russia has come under fire for a multitude of reported abuses and persecution of the LGBTQ community. This comes only a few years since Russia began enforcing what many saw as an anti-gay “propaganda” ban. The law still holds in Russia such that it is illegal to inform or spread any type of information to minors (i.e., under the age of 18) that pertains to homosexuality. Many see this as a means of silencing and infringing upon LGBTQ rights. It is a perplexing matter, as when taking a quick glance back at history, same-sex activity became decriminalized in 1993, 10 years before similar legislation was adopted in the United States, which arguably now has much more progressive laws protecting LGBT rights. A fairly evident difference is that the United States has progressed to legalize same-sex marriages, albeit only in 2015, whereas Russia has no such rulings. Certain rights pertaining to freedom of expression are also not given to the LGBT community in some cities, such as in Moscow where Gay Pride parades have continuously been rejected or ended violently.

Thus, despite a historically formal progressive trend for LGTBQ rights, Russia is lacking the societal acceptance of these rights. The lack of protections for the LGBTQ community has created a society that allows the active discrimination of the LGBT community. World leaders have continuously voiced their opposition to Russia’s lack of efforts. And while it is the government’s job to protect its citizens, regardless of sexual orientation, unfortunately the government and general populations’ stance on LGBTQ rights are not as discrepant as one might think. Some polls have found that up to 88% of Russians supported the bans of homosexual propaganda to minors. And while larger cities such as Moscow and St. Petersberg are noted for their large LGBTQ communities, that type of openness seems to be the exception and very far from what’s part of the norm in Russia. Furthermore, many gays in these cities stay silent about their sexual orientation out of fear for their careers, of being stigmatized, and the general negative experiences that come with being gay in modern day Russia. Especially so since 2006, the anti-gay sentiments towards the LGBTQ community do seem to be part of a sizable culture in Russia, and with lack of government efforts to protect these minorities, the sentiments grow into violent acts which the government can and has easily turned a blind eye to.

An area noted for its conservative and iron-fisted government is the Chechnya region, one of the most dangerous places to live for the LGBT community in Russia. In April, there were reports of detention centres that target homosexual men, in which reportedly 100 men were detained by the Chechen government, with some even feared dead. Reports from victims and survivors have pointed out that torture and beatings take place in these camps simply on the basis of the sexual orientation of these men. It is noted that being gay in Chechnya is often a matter of life and death with sentiments of both the government and the general population promoting homophobia. This offers little security for the LGBTQ community in Chechnya, and in fact, it is well noted that being openly gay in Chechnya is a rare sight.

The response from the Chechen government, which has denied the allegations, has hardly been optimistic. The Head of the Chechen Republic, Ramzan Kadyrov, has denied that an LGBTQ community even exists in Chechnya and has reinforced the notion that they would be rejected from society by stating that “their own relatives would have sent them to where they could never return.” This also seemed to apparently be enough for Putin and the Kremlin to initially back the Chechen government in denying the allegations. However, with a sizable group of victims speaking up about their suffered abuses, the evidence of both gays’ existence in Chechnya and  occurrences of abuse against them seems to be lined up against the claims of innocence by the Chechen government, and thereby the Russian federal government. Canada and Britain are among the countries who have raised concerns about the allegations. Furthermore, German Chancellor Angela Merkel has brought up the seriousness of the matter to Putin, who has agreed to begin an investigation into the matter.

However, there are unique challenges to these recent allegations that make it doubtful whether anything tangible will come out of an investigation. It is important to note that Chechnya is a semi-autonomous region that has historically tried to gain independence from the rest of Russia. Thus, Putin’s policies have largely been aimed at pacifying the region to avoid another insurgency.

Kadyrov has largely been a great ally in this matter, as he has been very pro-Kremlin. Kadyrov is also essentially the supreme ruler of the Chechen region, and thus Putin relies on his cooperation to keep the Chechnya on peaceful terms with the Kremlin. Thus, the politics of the situation can easily take the foreground in the matter. Putin’s priority will undoubtedly be ensuring that Kadyrov remains an ally, which can only be accomplished by not undermining his governance. Nonetheless, the pressure from the international community and hundreds of LGBT alliances will take a toll on Russia if ignored. To its credit, starting up an investigation is, if nothing else, at least a symbolic gesture that Russia is considering balancing the options.

Nevertheless, human rights abuses are not to be dealt with lightly and should not be dealt with politically; it is imperative that bodies who may be able to exert influence onto Russia continue to hold Russia accountable for its passive allowance of maltreatment against the LGBTQ minority.