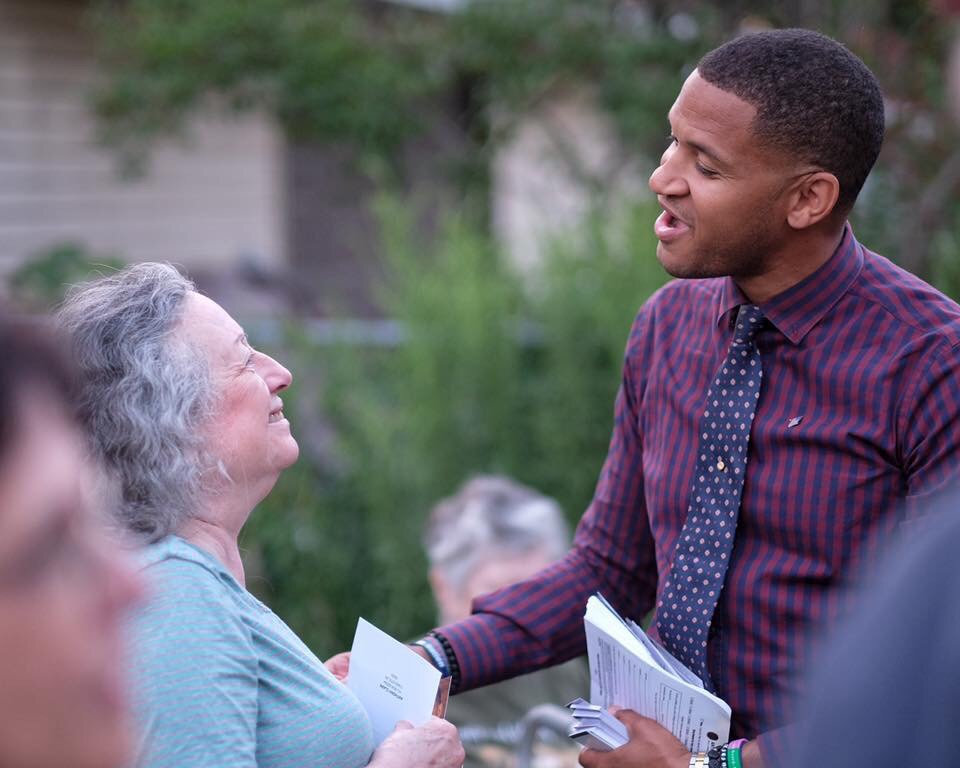 Anthony Clark, an Oak Park and River Forest High School (OPRF) teacher, announced last spring that he would be running to represent Illinois’ 7th congressional district. Clark is part of a wave of candidates challenging the political status quo in 2018. He is backed by the organization Brand New Congress, which aims to get ordinary (non-politician) Americans into office and minimize corporate special interests in Congress.

Clark’s platform melds with Brand New Congress’ goal of a “corruption-free” Congress. Clark is campaigning to tackle issues on a systemic level, which includes ending corruption in government, creating a fair justice system, raising the minimum wage and making higher education and healthcare accessible to all. Although Clark has no significant issue with the 7th district’s incumbent congressman, Danny Davis, he maintains that Davis is a career politician who does not have the capacity to enact much needed change. Davis was first elected in 1996; it is time for new blood in Congress.

Clark has a strong track record of challenging systemic issues, namely systemic racism. In the summer of 2016, Clark started the Suburban Unity Alliance (SUA), which stands against racial discrimination, specifically in suburban communities, and aims to start meaningful conversations in those communities surrounding race. Shortly after founding SUA, Clark organized a vigil for OPRF student Elijah Sims, who was shot in the Austin neighborhood of Chicago. Clark has supported other families who lost students to gun violence multiple times.

Long before running for Congress, Clark addressed gun violence awareness, gun control and police brutality, particularly on the west side of Chicago, as a community activist. His attention to the issue speaks to his ability to address the range of problems his (would be) constituents face, which is important because the 7th district is sprawling. From the lake front through downtown, through the west side of the city and into the western suburbs, it is home to four Chicago sports teams and much of Chicago’s public housing.

Clark’s impactful community organizing in Oak Park indicates he’s capable of representing the large and diverse 7th district. Hopefully, the support that has been garnered for him locally will be shown in the polls. Clark would challenge the current congressional hegemony and the systems that hold so many Americans back: he would be an indispensable congressman.