“Anti-Social” Capital: COVID-19 and the Future of Democracy

Will a world plunged into isolation for the past year-and-counting emerge less democratic than it was before? 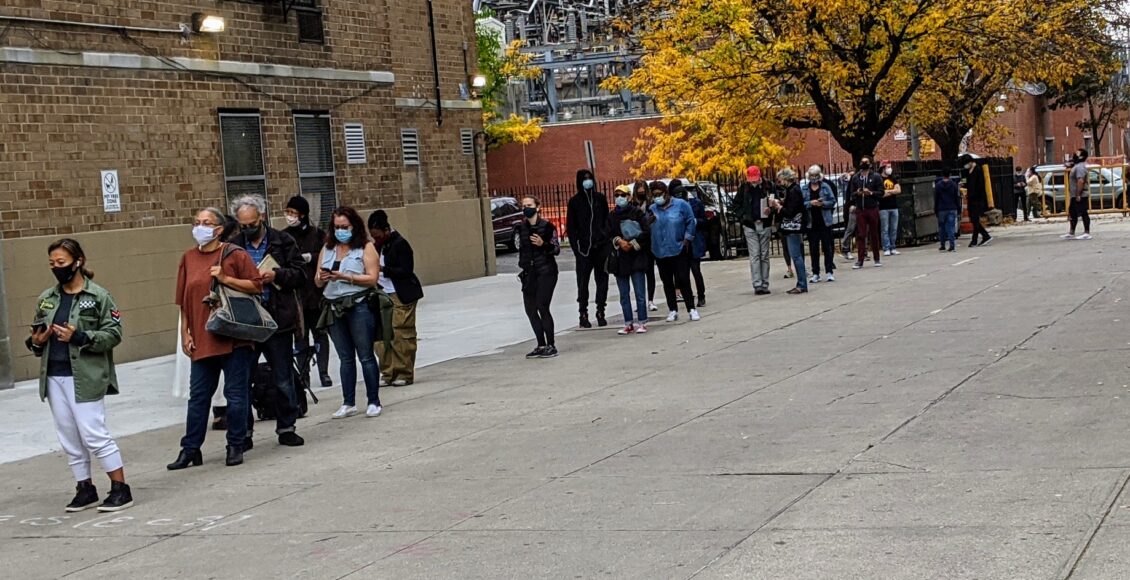 With vaccination underway en-masse around the globe, the world is looking forward to the end of the pandemic that has plagued it for over a year now. With the conclusion of such a taxing and prolonged crisis drawing near, it’s time to consider how COVID-19 will stay with us into the future. The impact of COVID-19 may exceed that of a mere painful memory or a seasonal endemic by affecting democracy itself. It has done significant damage to socialization already, so who’s to say nations’ democratic foundations may not be next?

The idea of social capital describes a society’s propensity for democracy, fraternity, and community as rooted in civil society. The concept came to American political scientist Robert D. Putnam after social experimentation in Italy, and it was published in 1993’s “What Makes Democracy Work?” and Bowling Alone from 2000: two landmark texts in modern political science. To quote Putnam himself, “Certain communities do not enjoy a more vital civic life because they are prosperous, they are prosperous because they have a vital civic life.” Social capital, in a nutshell, is the network of reciprocal social relationships and their normative benefits, which breed a more engaged and thriving society.

When COVID-19 crossed China’s borders — or even before that, when it was just a whisper I heard from my Wuhanese roommate — the year of online meetings, mask wearing, and at-home workouts was the last thing we expected. However, the dangers may be more pervasive than Zoom fatigue or the new yoga mat in your corner. In Putnam’s Bowling Alone, he describes the decline of American civil society as a symptom of deteriorating social capital: we sign fewer petitions, get to know our neighbours less, and cease to participate in voluntary organizations. Putnam’s fear in 2000 was that the relationships we have with citizens and government alike would continue to nosedive unless the trajectory is otherwise altered. It’s not a far leap, as participation fuels government, to assume that a less politically active society could yield a less-responsive state, both of which are core components of democracy. It’s more than possible that the past year spent online catalyzed the unraveling of Canada and the US’s social fabric. Citizens bicker amongst themselves on impersonal social media platforms, while neighbours turn on one another for breaking COVID rules and bylaws. This is all worsened by the social scorn foisted upon those who fall ill, and the mental health effects fostered by isolation and allowed to compound on the disease’s physical symptoms.

Socially, COVID has been a nightmare for anyone envisioning a lively civil society, as it has eroded social capital on a societal level. As Putnam foretold, the decay of social fabric may be leading to democratic backsliding. Without the necessary civil components of political activism and government activity, democracies around the world could become less responsive to their citizenry. In the short run, these fears have already been realized. Pamela Druckerman recently published a piece with 1843 Magazine about how Zoom has robbed us of our core social aptitudes. It’s also possible that this clunky and benign post-COVID social scene has yielded an equally inept political arena. Take the 2020-2021 protests in the US, beginning with the storming of the US Capitol building in Washington, DC. The siege wrought thousands of dollars in damage and scarred the US’s democratic reputation. It was the product of mismanagement, rogue entities, and incapable enforcement measures on both sides. An event like this has not been witnessed in America possibly since Shays’ Rebellion, but even then, they are dissimilar. The 2021 insurgence was in many ways the result of a disgruntled minority population, who turned violent when confronted with their lack of understanding of the informal political arena. Their frustrated outburst killed five people.

On the other hand, the Black Lives Matter movement quickly became one of the largest in US history, despite reaching its peak at the heart of the pandemic timeline. According to a recent study, it’s believed that only 7 per cent of BLM protests in 2020 turned violent. However, an ongoing study is looking into the rates of police brutality and political violence during the same protests. While figures are not yet finalized, it’s clear that police brutality during BLM protests took a toll on the democratic veritability of the American government. Perhaps this is evidence of decreasing social capital as one of the detrimental factors on a government’s inability to discourse peacefully with its people.

Putnam’s theory of social capital also drew a distinction between vertical and horizontal social organizations. Horizontal societies were founded on neighbourly bonds of mutual assistance and affected how local government was organized. The community-oriented civil society bred more responsive and active civic and political worlds, in turn yielding a prosperous community. Vertical societies were alternatively founded on the basis of fear, coercion, and feudalism. Through systems of patronage in medieval Italy, Putnam believed that the lack of social capital in some areas was fuelled by the negative reinforcement of their vertical organization. While COVID-19 likely won’t send us back to the Dark Ages, it has undoubtedly changed our social structure, and no one knows how long it will take to recover. To return to Druckerman’s article, we’ve begun to rely on the easy escape from meetings that we could attend from anywhere, even the bathroom. The idea of being able to work from home in our boxers has its benefits, and many relish the opportunities that COVID-19 has given businesses. But no matter the corporate and individualistic benefits, working on our screens has made socializing via technology unbearable. The resulting consolidation of our social networks could corrode the horizontal social organization that produces social capital, and therefore prosperity and democracy in addition.

These, however, are likely only short-term effects. The democratic world has a habit of bouncing back. Even the economy, for which we feared failure most, is predicted to rebound, so why couldn’t democracy do the same? This has nothing to do with politics; not the election of Joe Biden or the possibility for a 2021 snap election in Canada. Democracy is the foundation that the infrastructure of government is built upon, and without it, everything crumbles. Cracks in the system, however, can be repaired; if they are caught early enough, the structure can be saved and even made stronger. Democracy, if the crisis is handled appropriately, will survive in the long run. Facing war, disease, or famine, democracy may be just as much a cure as it can be a victim. It is urgent that once we return to “normal,” we replenish our social capital, refill the deficit of social interaction felt by every human shut-in at home today, and keep participatory democracy alive.

Featured Image: A depiction of democracy during COVID-19 as early voters in the US lined up with masks and six-foot gaps. Despite the difficulties, voters came out to make their voices heard on election day. But is that enough to keep democracy alive? Early Voting Line by Eden, Janine and Jim is licensed under CC BY 2.0.