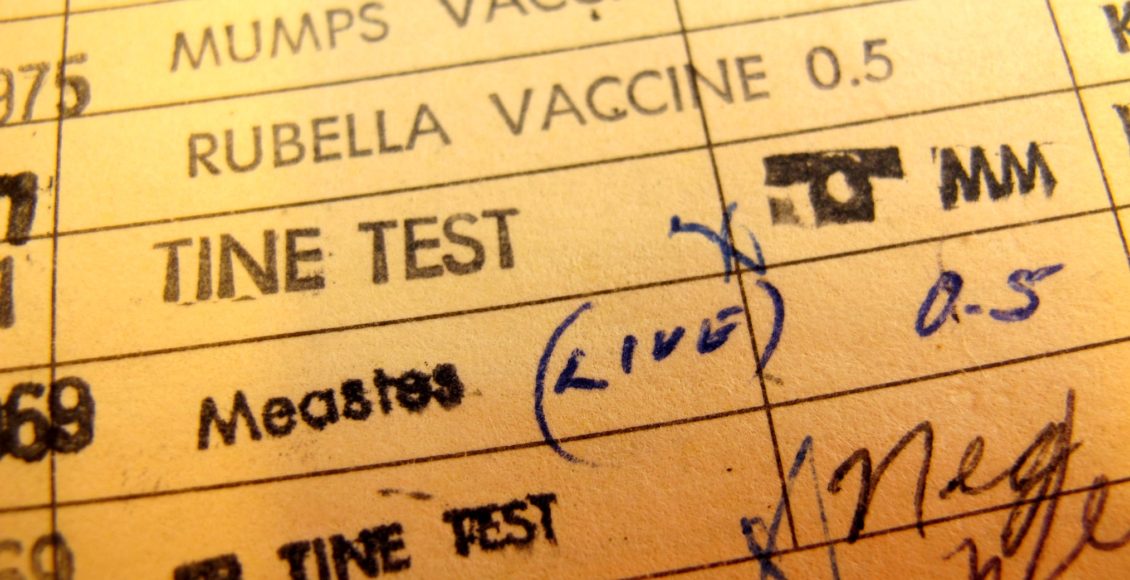 An emergency room at 1 a.m. on a Monday is a nerve-wracking place to be; more so, if you’ve been sick for a few days—as I had—and know that a friend recently contracted meningitis—as I did. However, the doctor assured me that there was no way I could contract meningitis, even if I wasn’t yet finished with my vaccination series, because so many people have the vaccine now. “Herd immunity,” he called it, and he assured me that the prevalence of the meningitis vaccine would be enough to protect me. And he might have been absolutely right, just a few years ago.

In larger populations, herd immunity—or the idea that if the majority of a population is vaccinated, diseases will be unable to spread—is crucial for preventing the rampant spread of infectious diseases. Herd immunity also plays an important role in keeping the more vulnerable members of society safe; people who are already critically ill or have compromised immune systems rely on it to stay healthy. Even standard infections like the flu are potentially fatal for children, the elderly, and the sick because their bodies lack the ability to fight off infections. Safety-in-numbers has become even more important now that 55% of the world’s population reside in globalized urban areas that are hubs for travel, exchange, and social interaction. Without the herd immunity made possible by modern vaccinations, large cities like Montréal, New York City, and London have the potential to become ground zeroes for the spread of infectious disease—think Black Plague. But recently, especially within the United States, the number of people choosing not to vaccinate is growing at an alarming rate. Slowly but surely, we are losing the herd immunity so many people rely on.

In 2000, the World Health Organization (WHO) announced that measles had been eliminated in the United States, meaning that there had been an “absence of continuous disease transmission for greater than 12 months,” but the rise of the anti-vax movement has brought it back from the dead and endangered that elimination status. The dangers of a society without vaccinations for diseases like polio or measles, which have been effectively eradicated in most parts of the world in the past few decades, are often lost on those who haven’t been around long enough to see the true damage that these diseases can cause. Only three countries—Afghanistan, Nigeria, and Pakistan—still see regular poliovirus cases since the diseases’ relative eradication in 1988, when new outbreaks decreased by more than 99%. And yet, just this past September, the WHO reported a polio outbreak in the Philippines. The Philippines is not the only country experiencing outbreaks of ‘eradicated’ diseases—so far in 2019, 1,276 cases of measles have been confirmed across 31 U.S. states.

One controversial driver behind the anti-vax movement is religion. Many people cite ethical dilemmas regarding the use of human tissue cells, especially those from aborted fetuses, or believe that the body should be healed by God or natural remedies.

The consequences of tight-knit communities choosing not to vaccinate are often grim: in October 2018, a measles outbreak in New York infected more than 350 people in predominantly Orthodox Jewish communities after a single person infected with measles visited from Israel. In response, the government ordered affected communities to vaccinate and implemented stricter school regulations requiring students to be vaccinated. Now, 55 families are suing the state in a class-action lawsuit, claiming the law violates religious freedoms protected under their constitutional rights. There is a problematic grey area between preserving religious freedoms and protecting our public health, but preserving our herd immunity and the health of the majority usually prevails. After the measles outbreak in New York, new legislation was created that ends religious exemptions from vaccines.

Now, 45 U.S. states allow for religious exemptions, but only 15 states allow people to opt out of inoculations for personal or philosophical beliefs. The effects of the anti-vax movement have intensified as the number of people claiming ‘religious’ exemption under ostensibly false pretences has sky-rocketed: Vermont witnessed a 640% increase in kindergartners with religious vaccine exemptions after abolishing personal belief exemptions in 2016.

Religious beliefs are not the only driving factor of the anti-vaccination movement. In a country characterized by its deep distrust of institutions and government, especially in an age of political unrest, ‘fake news’ has pushed people to extremes. A study in the journal Psychological Science found that the more people see a headline, regardless of its legitimacy, the more likely readers will believe it and share it. This phenomenon allows for large networks of misinformation to form, trailing back to a few false sources. Over the years, people have claimed that vaccines were responsible for certain conditions:  HIV is caused by the polio vaccine, and autism spectrum disorder results from the common vaccine ingredient, thimerosal. Both theories have been widely discredited, but the internet has become a breeding ground for related false information, especially within a societal structure where medicine is more of a luxury than a right.

Healthcare in the United States is run like a business. Americans pay significantly more for drugs than the rest of the world, and health insurance is a job benefit or otherwise largely privatized. Even a short ambulance ride can cost thousands of dollars. Platforms like Facebook often encourage the deep distrust of ‘Big Pharma’ by promoting conspiracy theories surrounding vaccines, claiming pharmaceutical companies convince you to pay them for vaccines, which make you sick, and then force you to pay them even more to be cured. This fundamental distrust of the current healthcare system in America is embodied by the anti-vax movement, a kind of new-age rebellion.

But a rebellion is never without its collateral damage. Your stereotypical anti-vaxxer is Caucasian and middle to upper-class, typically making upwards of $75,000 per year; they can afford the sometimes inevitable fallouts of refusing to vaccinate their children, whether that means sending them to private schools with lax vaccination policies, choosing to homeschool, or even paying for serious medical bills if their children do fall ill.

Unfortunately, because the responsibility of health insurance falls on the consumer or comes as a part of job benefits in the U.S., those at the bottom of the socioeconomic spectrum are disproportionately affected. Single-parent households and families in poverty often work multiple part-time jobs that do not offer health insurance benefits, and they otherwise cannot afford it by themselves. This phenomenon is reflected in the increasing usage of emergency rooms as a source of primary care. On average, 47.7% of hospital-based healthcare in the United States was comprised of emergency room visits—this percentage only increased over the 14-year study.

Choosing not to vaccinate yourself or your children is a not just a personal preference—it is a danger to public health. Vaccine hesitancy is listed in the World Health Organization’s top ten threats to global health for 2019. Even if you keep up with your vaccinations, you still have a responsibility to aid in the improvement of global health. Encouraging those around you to vaccinate and preventing the spread of false information is critical. As a member of a globalized society, each and every citizen has imperative social responsibilities, including public health. Ignoring, or worse—refusing—these responsibilities is, in this case, a legitimate and deadly danger.

Feature Image is “Vaccinations” by “frankieleon”. Licensed under CC BY 2.0