Art and Tolerance in Afghanistan 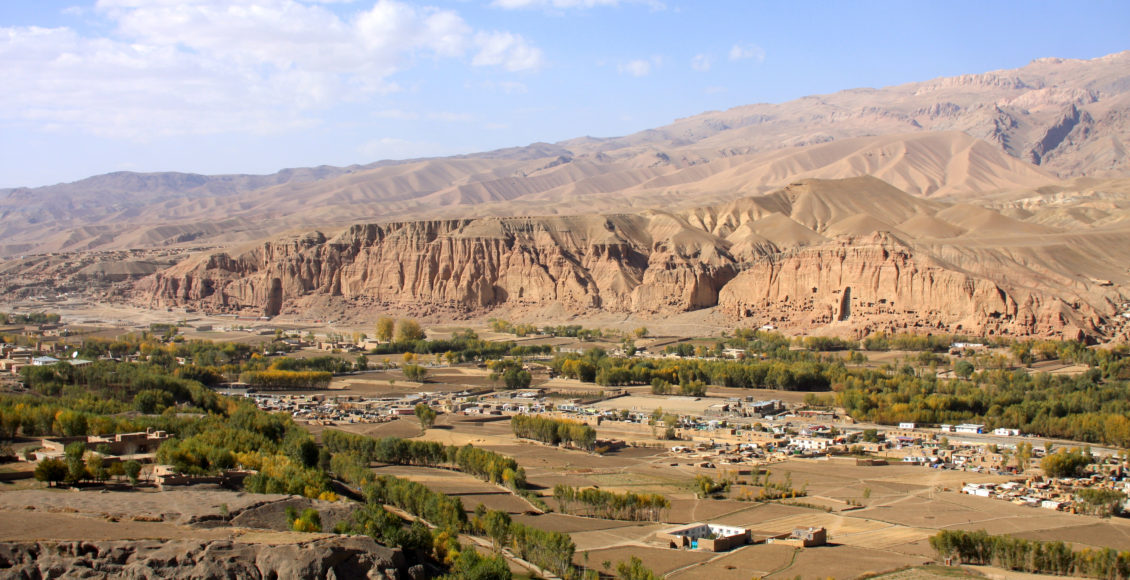 The Bamiyan Valley, with the ruins of the Buddha statues in the background. Photo Johannes Zielcke, https://flic.kr/p/8LEDmJ
Share

After the U.S.-led invasion of Afghanistan in 2001, the national museums in Kabul were left unguarded. In the following months, thieves looted almost 70% of the relics and artwork stored there and sold them into private collections. Tens of thousands of priceless pieces of Afghanistan’s historical record disappeared overnight, and many will surely never be seen again. This wartime loss of art and artifacts is not new, of course; the loss of art during conflict is age-old. However, the loss in Afghanistan far exceeds what might be expected. Since 2001, a failure to guard historical relics and a lack of funding for preservation initiatives have left invaluable historical sites in ruins or close to it.

One site demonstrates this unfortunate combination. The Minaret of Jam is a brick tower in the mountainous Ghor Province. It was built in 1194, over 800 years ago, and is the last remnant of an ancient trading city remembered as the “Turquoise Mountain.” Every inch of it is covered in Kufic calligraphy, Quranic verses and exquisite tilework. It’s set in a primordial river valley, an otherworldly wonder for the ages. It’s also on the United Nations’ list of endangered world heritage sites; lack of preservation since the 2001 invasion has left the tower vulnerable to erosion, wind, and flooding. In 2014, the BBC reported that it was in imminent danger of collapse. That was more than five years ago; one of the wonders of medieval Afghanistan is one strong wind away from absolute ruin.

Additionally, the Taliban and other extremists have launched an all-out campaign of iconoclasm against any art that depicts non-Islamic faiths or the mixing of religions. The Buddhas of Bamiyan are a well-known example of this. Around 500-550 CE, Buddhist monks carved two enormous statues of the Buddha into a limestone cliff face. They stood at 35 and 53 meters (116 and 175 feet) tall, and watched over the Bamiyan Valley for over 1,500 years. They were designated as a UNESCO World Heritage Site, and became a staple of foreign visits to Afghanistan, like going to the Louvre when visiting Paris. In the spring before the 2001 invasion, a local Taliban commander shelled them with anti-aircraft guns and explosives. A few mounds of rubble are all that remain.

This destruction is particularly damaging in Afghanistan because of its extraordinarily rich history. It was at different times a middle ground on the Silk Road and part of countless long-gone empires. Marco Polo, Genghis Khan, Babur and Tamerlane passed through or fell in Afghanistan, as did the British and the Soviets more recently; the Hindu Kush mountain range is referred to as the “Graveyard of Empires.” As such, it was a melting pot of Buddhism, Islam and Christianity, among others influences. Afghanistan is dotted with millennia-old stupas, mosques and temples. These and other artifacts are worth saving because they tell the story of a people at the center of world history for the better part of the past 2,000 years. Afghanistan played the leading role in histories that have yet to be written, and we owe ourselves the chance to understand the country, embattled and imperfect thought it may be. We all suffer when these artifacts are destroyed because they belong to our collective past, not the shortsighted warlords of the modern day.

To be fair, the amount of money required to truly protect ancient buildings from the combination of an ongoing insurgency and the effects of the weather is nearly incalculable. This rightly justifies the question, “Is it worth it?” A friend posed an even more piercing question when she asked, “Does anyone use them?” regarding the various temple complexes spread across Afghanistan. Their day-to-day use is admittedly limited. Physically, they are often no more than a scattered collection of mud bricks and stones. Why then, are they worth the economic and human cost to save? Why should they not be allowed to diminish and pass as their makers did? It might even seem unjust or overly imperialistic to commit resources to their defense while the modern people of Afghanistan struggle daily for basic necessities like clean water.

But we should do our best to protect these vestiges, for they have a value far beyond their historical worth. After decades of illiberal rule and conflict, they are the only remaining physical proof of the existence of tolerant governance in Afghanistan. They are the physical evidence of the repudiation of iconoclasm, of zealotry, and of everything for which the Taliban stand; what will the future of the Afghan people look like without the evidence of their non-radical past? Imagine an equivalent loss in the United States; what would we think of our history without 70% of the Smithsonian’s exhibitions? What would our ideas of liberty and sacrifice be without the monuments to Lincoln and the Second World War?

Any long-term attempt to bring democracy to the region must include an attempt to save the material historical record that proves a tolerant government in Afghanistan has worked and can again. The defense of art and the protection of historical artifacts are key markers of free societies everywhere. Military intervention alone cannot bring the tolerance and the civil society necessary for a successful democratic transition, but that the preservation of history might. Angry young men with their fathers’ rifles and their grandfathers’ hatred of European rule cannot be allowed to destroy the physical proof of a more liberal Afghanistan because the rest of the world declined to say “no.”