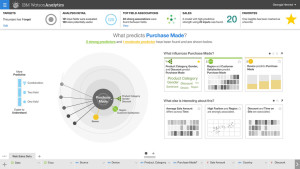 In January 2017, Fukoku Mutual Life Insurance, a life insurance company based in Japan, has announced plans to replace 34 of its workers with Artificial Intelligence (AI) machines. The technology that will be replacing the workers is IBM’s Watson Explorer, which is intended to help agglomerate and analyze unrealized data patterns that may otherwise go unnoticed by human workers. At Fukoku, the Watson Explorer will keep track of medical records and bills for optimal accuracy. While the AI will cost approximately $2.262 million CAD to install and $170,000 CAD to upkeep annually, it is predicted to save Fukoku around $1.58 million annually. While AI replacing human jobs is a trend that is becoming more and more common, what is interesting about the Fukoku case is that it is white collar, not blue collar workers, that are being replaced. Additionally, AI has often helped to supplement human workers; however, in this case they are entirely replacing the latter.

When many people think of AI, they imagine a humanistic-looking robot attempting to mimic human expressions and movements. Yet AI is developed in many different ways in order to suit different purposes, and in cases such as Fukoku, it is the AI’s analytical, not physical, abilities that mimic human characteristics. Similarly, the media tends to focus more on the failures of AI, such as autonomous vehicles accidents and Microsoft’s AI twitter bot, Tay, spitting out racist tweets after accumulating content from its interactions with other Twitter users. Thus, without further probing, it is difficult to grasp exactly how advanced AI is, along with the viability of AI job replacement. Japan and the US have different environments for AI to grow, yet it is inevitable to admit that in both, AI may test the security of a variety of jobs in the near future.

Japan’s population is decreasing overall, with a growth rate of -0.19% in 2016, as compared to 0.81% in 2016 in the US respectively. Thus, in the future, AI may fill jobs that lack workers as opposed to entirely replacing positions already filled by workers. In addition, Japan, along with other East Asian countries, has long held the reputation of a technology-embracing environment. Unlike workers and consumers in North America, which tend to be wary of AI in everyday life, the Japanese culture embraces it. Therefore, as long as the AI implemented is less expensive and more efficient than human workers, and tends to fill spaces that lack workers, there are not any foreseeable negatives to increasing the number of AI.

On the contrary, AI in the US tells a different story.  In a report published in December 2016, titled “Artificial Intelligence, Automation, and the Economy”, the White House predicted that a number of transportation-based occupations could be replaced by autonomous vehicles. For bus drivers, heavy and tractor-trailer trucker driver, taxi drivers and chauffeurs, and self-employed drivers, replacement was estimated as high as 100%, and overall, up to 3.09 million jobs could be affected, albeit a timeline for this transition was not provided. As noted in the report, the best solution to this problem is education. As lower-skilled jobs become rarer, it is important to stress education as a means to attaining higher-skilled jobs that are less susceptible to being replaced by technology. This is where the stark differences between the Japanese and North American education systems become more apparent. In Japan, approximately 94.3% of people ages 25-64 have at least a high school diploma, compared to a lower 89.6% in the US. Similarly, the number of citizens aged 25-34 with tertiary education is much lower in the US in comparison to Japan, with 46.5% and 59.6% respectively. Therefore, although lower-skilled jobs may be the most threatened sector in the US, it is currently the least prepared to combat these issues.

Unfortunately, for the United States, these low-skilled workers may find themselves without a job. By failing to plan accordingly for these technology-based jobs early, the rate at which the low-skilled jobs will be replaced will likely be faster than at which new jobs are created. The best option for the US now is to introduce STEM coursework to students at a young age, and invest in nationwide initiatives for increased accessibility to higher quality education. The White House report recognizes this need, and introduces the President’s Computer Science for All initiative, intended to do exactly that. While progress is undoubtedly being made in the US, the government has failed to grasp the urgency with which such initiatives must be promoted. Regarding workers whose jobs are already at risk, it is important for both the US government and the media to show just how soon these low-skilled jobs may be replaced by technology. By helping citizens realize that their jobs may be replaced sooner rather than later, they may be better able to plan by taking classes or transitioning to a job that is less at risk.

It is unclear exactly how far into the future low-skilled jobs will be replaced by AI. Even if the technology is already available, there are other hurdles, such as workers’ unions, up-front costs, and maintenance of the machines, that companies must factor in before transitioning. Yet, it is certainly better for workers to be prepared as best as they can. While the US can learn from the Japanese education system, there are differences between the two countries that will create diverging outcomes and relationships with AI. Because Japan has a smaller population in general, it is easier for them to invest in their schools. Japan’s aging population also creates a window for AI to fill a gap that does not exist yet in the US. While the replacement of jobs in Japan, the US, and elsewhere will become more prominent in the near future, there are definitely ways to mitigate its impact on the workers.