Band-Aid Solutions or Long-Term Prevention: The Dilemma of the Zika Virus 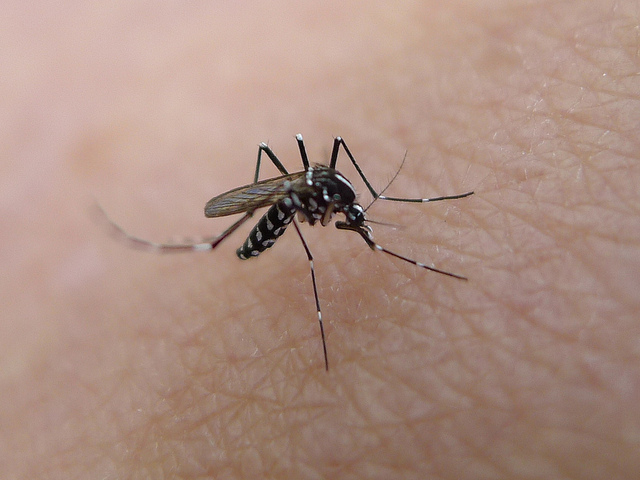 The Aedes Aegypti mosquito is a vector of transmission for a number of diseases, including the Zika virus.
Share

On January 25, the government of El Salvador issued a warning to its citizens, urging women to not get pregnant until 2018, in the face of rising Zika virus infections.

This is the latest in a number of measures that have been undertaken by several South and Central American countries that have seen a sudden spike in the prevalence of the virus.

The Zika outbreak is only one of several epidemics that have occurred in recent history. According to the World Health Organization (WHO), the Ebola outbreak in 2014-15 in West Africa claimed over 11,000 lives. A decade before, the SARS outbreak infected over 800 people and reached a death toll of 774. Though authorities were able to stabilize the Ebola situation and confine SARS to laboratories, fighting the Zika virus could be more difficult, as it is much more widespread.

The Zika virus was first discovered in Africa in 1947, where it was then quickly transmitted through South Asia and the Pacific, until it reached South America. The first recorded case of Zika fever in Brazil was in 2014. From there, the virus quickly spread via mosquito bites. “Until November we knew nothing,” said Professor Laura Rodrigues of the Brazilian Academy of Sciences, “this has caught us by surprise and we’re trying to learn as fast as we can.” The WHO is now warning that the Zika virus may spread across both American continents.

Like the SARS and Ebola outbreaks which preceded it, the Zika virus represents a sudden and unprecedented public health crisis. However, its further spread may be combined with other public policy issues to make the virus a much larger issue. The Natural Resources Defense Council describes how global warming has allowed for mosquitoes to reach further North, as temperatures increase in non-tropical areas. Dengue fever, carried by the same species of mosquito which carries the Zika virus, was reported as far north as New Hampshire and Minnesota.

Pregnant women who contract the virus put their children at higher risk of developing microcephaly, which the US Centre for Disease Control and Prevention (CDC) describes as “a condition where a baby’s head is much smaller than expected.” Microcephaly ranges in severity, and can carry with it a host of other symptoms, including seizures and developmental impairment.

“Of those children [affected], 99 percent will survive, but with limitations in their mental faculties,” said Antonio Espinoza, the vice minister of health of El Salvador.

According to the CDC, the Zika virus has no treatments or vaccinations available. Those who are affected are advised to treat any symptoms that may arise, and to remain hydrated and well rested.

Brazil in particular saw a sharp increase in the number of cases of microcephaly, rising from 200 cases in 2014 to just under 3,000 cases in 2015. However, an estimated 1.5 million people have been infected by the virus, and suffer from various other symptoms besides microcephaly.

Before the onset of the Zika virus, which the WHO says is now likely to spread across both North and South America, Brazil was suffering from a dengue fever epidemic. Like the Zika virus, the primary method of transmission for dengue is through mosquito bites.

Both dengue and Zika are transmitted through a specific species of mosquito, the Aedes Aegypti, which also carry the chikungunya and yellow fever viruses. The Aedes Aegypti’s range is limited to tropical regions. However, researchers at the Oswaldo Cruz Foundation are currently researching to see if the Zika virus has spread to the much more common Culex family of mosquitoes, which have a wider range, and are made up of several species. If this is the case, combating and preventing the spread of the Zika virus will be made difficult.

Like the outbreaks which preceded it, the Zika virus represents a sudden public health crisis, for which health professionals and policy makers are not prepared for. However, the Zika virus differs from previous crises in that its spread is closely linked to global warming. The Natural Resources Defense Council describes how global warming has extended the range of the Aedes Aegypti, allowing Dengue fever to spread far beyond the traditional tropical range of the mosquito. The range could continue to stretch further away from the equator as global temperatures rise.

One controversial proposal for combating the spread of the Zika virus, as well as other mosquito borne diseases such as West Nile and Malaria, would be the eradication of disease carrying mosquito species. While an attractive idea, it is not without its complications. Destroying an entire species could disrupt an entire food chain, removing a source of food for a predator or preventing certain plants from being pollinated. However, entomologist Joe Conlon, who works with the American Mosquito Control Association, says that “if we eradicated [mosquitoes] tomorrow, the ecosystems where they are active will hiccup and then get on with life. Something [else] would take over.” His sentiment is that mosquitoes do not occupy a key role in any ecosystem, and that other organisms would quickly take their place in the food chain as a source of food or as pollinators.

Entomologist Daniel Strickman, with the U.S. Department of Agriculture, agrees, arguing that “The [only] ecological effect of eliminating harmful mosquitoes is that you have more people. That’s the consequence.”

Still, the elimination of an entire species is not something to be taken lightly. The methods required for such an undertaking would require international cooperation, and a great deal of resources. Mosquitoes are plentiful and breed rapidly in the wild. But the elimination of disease carrying mosquitoes would lessen the load on social services, and prevent the spread of, or even eliminate, debilitating and painful diseases. This would free up resources for other areas of development, and improve overall quality of life for those who are affected by mosquito carried diseases, many of whom are poverty stricken and without access to proper healthcare. According to an internal report by Deloitte, 80 per cent of respondents to a Brazilian Federal Medical Council survey rated the Unified Health Service (the public healthcare system) unsatisfactory.

With the WHO already holding an emergency meeting on the Zika virus on February 1 to discuss the spread of the virus, and the research for a vaccine already underway, the elimination of mosquitoes may seem like a costly, long term solution to a problem that needed to be solved yesterday. But these viruses won’t go away, and they will continue to spread in developing nations where access to healthcare is poor and information is hard to come by. The elimination of disease carrying insects, which do not occupy an irreplaceable role in their respective ecosystems, should not be dismissed lightly.