Baracking Down the Obama Legacy 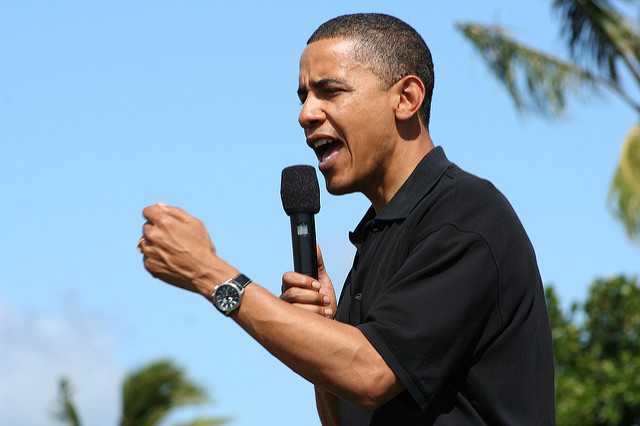 Unquestionably, the incoming Trump administration represents a shift away from President Obama’s administration. While I remain worried for the US under Trump, I recently decided that the last days of President Obama’s second term are a fitting time to ponder over what his legacy will look like. While controversy followed many of his administration’s actions, Obama maintains an approval rating of 53.3%. Perhaps the choices Americans faced this election convinced them that the Obama administration, while imperfect, was not so bad. Today’s approval ratings, however, may lose relevance as historians evaluate the president years from now.

President Obama’s legacy will be marked by solid achievements, but he is not likely to become a generational president. The potential for President Obama to be viewed as truly transformative still exists, but depends largely on the status of the Affordable Care Act (ACA). The ACA undoubtedly represents President Obama’s crowning achievement. After all, Harry Truman, Bill Clinton, and a host of other presidents tried (and failed) to reform healthcare. Obama’s success in drafting and passing the ACA already signifies immense progress, but in addition, the ACA has been quite successful. A record low percentage of Americans are uninsured, demonstrating how coverage widened through Medicaid expansion, increased access to care, and protections for consumers. Since the ACA’s passage, the number of Americans employed in hospitals has soared. The law appears to have slowed healthcare cost growth, saving consumers money. Successes continue, and while the act has been far from perfect, it overhauled the American healthcare system for the better. But will Americans remember this in 50 years, or will Obama’s signature law be consigned to the dustbin of failed reform efforts?

There are certainly reasons for pessimism. Trump’s constant promises to repeal Obamacare appear to be coming to fruition. Instead of tweaking the ACA or replacing it with a more free-market oriented plan, the Republican Party recently launched a full-fledged assault on the ACA, working to scrap the entire law. This undoing would effectively demolish Obama’s largest legislative achievement. In fact, an Urban Institute study finds that repealing the ACA as proposed would leave an additional 29.8 million Americans uninsured, causing a massive societal impact, especially for the poor and those with preexisting conditions. While backlash is likely to prevail short term in this case, repeal will prevent the ACA from becoming fully ingrained into the American societal fabric like Social Security and Medicare arguably have. This integration of the ACA would cement it as a seminal reform that sets Obama apart from other presidents. If the ACA is repealed, as appears increasingly possible with Republican control of government, President Obama’s legacy will suffer, along with millions of Americans.

However, even with an ACA repeal, Obama will still be viewed as a stellar president, if not a historically metamorphic one. On the economic front, he steered the US out of crippling recession, saving 1.5 million jobs in the auto industry with his industry bailout and creating 1.6 million jobs per year through 2012 with his economic stimulus bill. In fact, in total, under Obama’s administration, the trade deficit fell, 10 million jobs were created, wages rose, job openings soared, and the unemployment rate plunged – a successful track record by any measure.

Moreover, Obama will go down as a president who brought about increased fairness, between his fight against gender discrimination with the Ledbetter Fair Pay Act to leading the charge for gay rights, which found success in front of the Supreme Court. This time of social progress will remain linked to President Obama thanks to his support, his Supreme Court nominations, and his legislative and executive actions.

Finally, like the historically acclaimed Dwight Eisenhower, Obama campaigned on a promise to remove the US from a costly, unpopular war, which he then carried through with. On Obama’s watch, Muammar Gadaffi and Osama Bin Laden were executed. While chaos persists in the Middle East, Obama’s administration has been largely successful in reducing ISIS to a position of weakness. His foreign policy will also be marked by diplomatic successes, whether on the front of climate change through the Paris Agreement or on nuclear nonproliferation, achieved with Iran. On the foreign front, Obama leaves behind a strong legacy.

President-elect Trump’s ascendance to the White House will usher in change in Washington, much of it for the worse. However, even if he demolishes Obama’s keystone achievement in the ACA, historians will nonetheless look favourably on Barack Obama as a good president, and above all, a decent, humble, and classy figure.