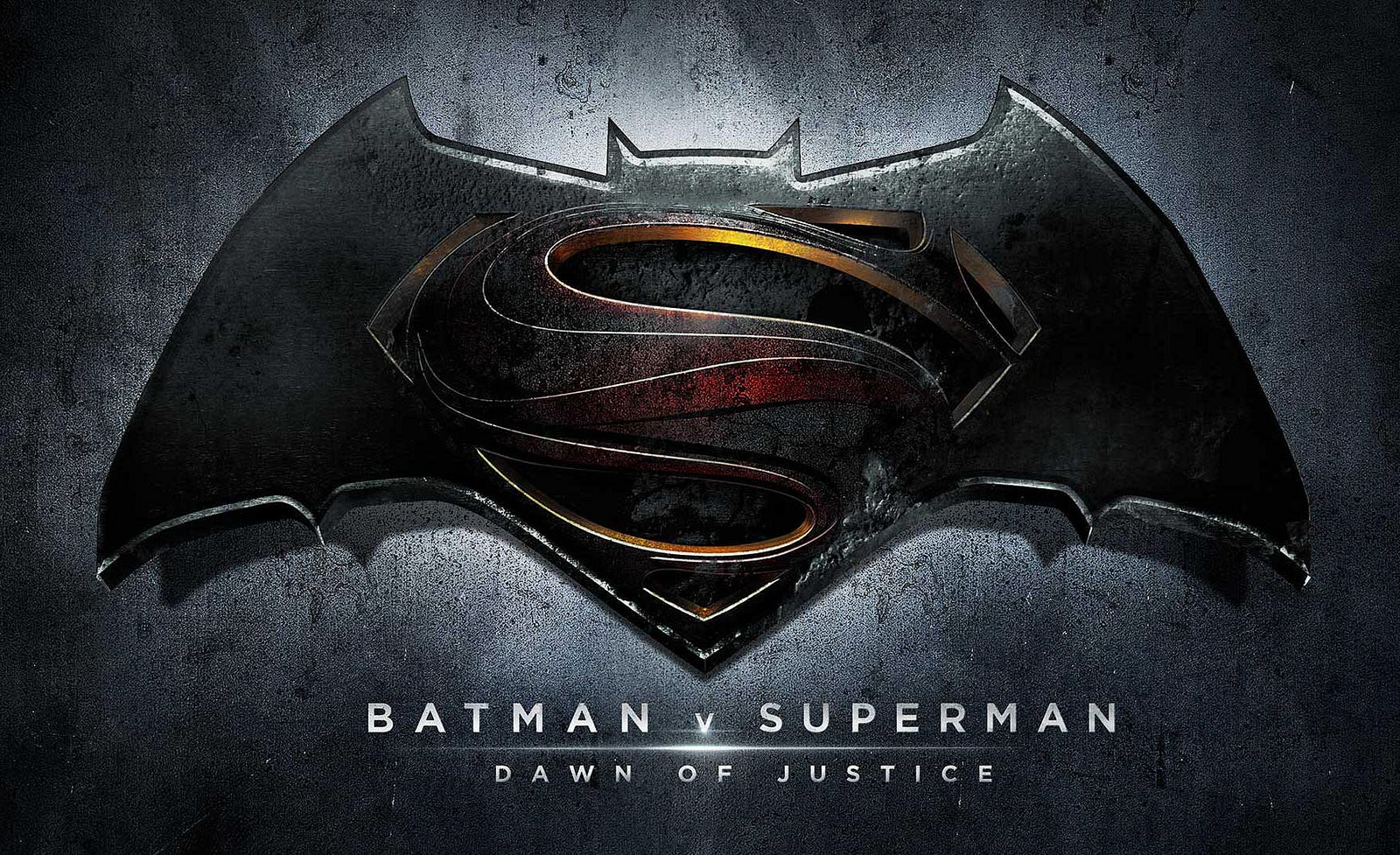 In 2016, two icons finally clashed on the big screen. The Dark Knight of Gotham met the Son of Krypton in a battle in the newly released Batman v. Superman: Dawn of Justice. The film features a clash between two superheroes through which it comments on security, liberty, and fear of the unknown. While those awesome beings fight, they will also be at odds ideologically, and this dichotomy is extremely relevant to our contemporary world. Are superheroes, just like our modern weapons, keeping the world safe or threatening us more than we know?

Superheroes are cool. They have been for a long time. Ever since Action Comics #1 was published in 1938, Superman and other heroes have been everywhere. From comics to movies to television, as well as collectible merchandise, clothes, and video games, they are products of capitalism. However, they are not just entertainment icons and bankable enterprises for companies. These characters have also been vehicles for social commentary about society, politics, and culture.

In their fictional worlds, superheroes appear as beings with extra capabilities which they use to maintain justice. In groups like the Justice League and the Avengers or solo, superheroes are mostly portrayed as fighters of crime, defenders of the innocent, and protectors. But there are also vigilantes, aliens and even mutants. They have power, dangerous technology, as well as different background stories and motivations. If they were to exist in our world, how would society adapt to their existence?  Would they be allowed to operate without any restriction given their ability to defend us against bigger threats despite the possible security risks they present?

In recent years, superhero story lines have explored different aspects of superheroes’ role in society. In Batman v. Superman: Dawn of Justice, viewers witness the security vs. liberty debate, as well as the question of holding those with power accountable. Superheroes impart preemptive protection against a potential threat, which virtue deeply permeates many American and Western policies. It is best embodied in the Second Amendment of the United States’ Constitution: “A well regulated Militia, being necessary to the security of a free State, the right of the people to keep and bear Arms, shall not be infringed.” This amendment, which has been staunchly defended by groups such as the National Rifle Association (NRA), allows every American to own and carry a firearm for purposes of protection. But protection against what? Against whatever may be out there, against the unknown, against those who seek to destroy others. They might be foreign, but they might also be our neighbours, coworkers, or fellow citizens. This attitude is also what motivated the policy of flexible response during the Kennedy administration, the arms escalation of the Reagan Administration in the 1980s, and more recently, the American invasion of Iraq in 2003.

The most recent Batman v. Superman: Dawn of Justice depicts a fight between two icons who, in addition to their clashing strengths, defend opposing ideologies. Those two heroes post actions to defend people, but they also operate outside the scope of the law. Were they real, how would we feel about them? Allowing these heroes to continue to exist despite the possibility that they might pose a threat could imply upholding security at the expense of liberty, which would make us deserving of neither as Franklin says. However, suppressing and discriminating them because they represent something we might fear would also be giving into xenophobia, or fear of the unknown. During World War II, in the U.S. and Canada, people of Japanese origin were incarcerated due to being of the same origin as those who were the military enemy. They had left their country behind, adopted a new home, but were still being discriminated against due to their differences from the rest of the population. Similarly, a superhero adopts Earth as a home, and even acts as its guardian. But unlike the ordinary Japanese immigrant for example, a hero is powerful beyond measure, and could be dangerous if he could not be restrained under the same principles. For those reasons, it could be legitimate to impose on him conditions that the rest of the population doesn’t have to abide by.

On his personal blog called The Odyssey, University of Indiana student Conner Klotz published a piece titled Batman Vs Superman: The Political Showdown We Really Want To See. The piece compares both heroes, saying Superman represents liberty while Batman embodies security. About the Man of Steel, Klotz states “Superman is the ultimate man of virtue, and as such, is the perfect parallel for liberty in our discussion.“ This seems accurate. Superman is often presented as the typical American hero. Righteous, law-abiding and at the service of the people, he is the defender of justice and rights. However, in this film, people are not all that warm to the idea of him. After the collateral damage and lives lost due to the fight against General Zod in Man of Steel, the hero is under scrutiny. As for the Caped Crusader, Klotz says, “Batman’s operating manual reads a little differently than Superman’s. He only goes out at night under the cover of darkness, and beats the snot out of the bad guys. […] Often referred to ‘the vigilante’ […] he definitely doesn’t care that he operates outside the law. Batman is willing to do anything to protect his city, even if that means avoiding law enforcement and limiting individual privacy rights.”

In the film, the population, the politicians and the pundits debate if Superman should be controlled, and if he is a friend or a foe. During their first meeting, Clark Kent tells Bruce Wayne that “[Batman] thinks he’s above the law” and that “civil liberties are being trampled on in [Gotham City]; good people living in fear.” Similarly, Batman tells Kent, who is a journalist for The Daily Planet newspaper when not a superhero: “every time your hero saves a cat out of a tree, you write a puff piece editorial about an alien who, if he wanted to, could burn the whole place down. There wouldn’t be a damn thing we can do to stop it.” It is evident that both of them perceive their way of doing things as better than the other’s. However, it is undeniable that Batman is the smaller threat. Renowned scientist Neil DeGrasse Tyson talks about Superman not answering to anyone and says, “he just behaves in any way he wants. And so at the end of the day, what might matter is the public reception of the superhero’s conduct. And if Batman executes our wishes in the city, and Superman does whatever the hell he wants: that’s a conflict.”

Superman has the power to blow up the planet if he wanted to. In contrast, Batman, as a human with no real superpowers, answers to the police of Gotham and the people. Yes, he is a vigilante, feared by villains, and operates outside the scope of the law, but he still has limitations to his skill. He has a Bat-Signal so the authorities can call on him to intervene, he often collaborates with Commissioner Gordon, and he only comes out at night. So while Batman has human imposed limitations, both due to his like of superpowers and the context in which he operates, Superman has none. And while Superman accuses Batman of trampling on people’s civil liberties, he is guilty of taking innocent lives through his battles, albeit his intent. Batman tramples on civil liberties, but of criminals. His intentions are righteous; his methods ruthless. This goes back to the age-old question: does the end justify the means? Both heroes essentially have the same goal – protection against threats – but their means are at odds.

So where does this leave us? For one, there are definitely powers and forces out there that must be feared and, due to our human nature of always wanting to protect ourselves, we will always find new ways to do so. After World War II, nations like the U.S., Britain and the Soviet Union armed themselves with extremely destructive nuclear bombs to protect themselves from potential enemies. With expanded efforts in the Middle East against terrorism, drones have emerged as a weapon of choice. However, mistakes with drones lead to innocent deaths. Finally, in the fight against threats, information is power. In the 2000s, metadata collection and surveillance have been at the centre of government agencies. Legislation like Bill C-51 in Canada and the PATRIOT Act in the U.S., as well as alliances like the Five Eyes, effectively limit people’s liberties by collecting information on them, with the argument of ensuring security. Similarly, superheroes can be seen as a new means for the humanity to defend itself against threats.  While political scientist Kenneth Waltz claims that nuclear weapons keep the world safe, due to mutually assured destruction (MAD)[1], they are still regulated and controlled by organisations like the International Atomic Energy Agency (IAEA) and the Non-Proliferation Treaty (NPT). Superman is like an atomic bomb: he is powerful beyond measure, but he is also destructive and, if used improperly, can backfire. Similarly, Batman is like a drone: he is precise, he has specific targets, but he is in a grey moral area and too volatile. Which is better? Should we control them? This is a debate that perpetuates our real, non-comic book world. Eventually, all the aforementioned weapons ended up regulated in some way. If superheroes were real, it would be safe to assume they would be subject to the same fate. Due to their powerful nature, they would be difficult to control, but if history has taught us anything, we could assume humanity could try. In Marvel’s Civil War storyline, Congress passes a Superhuman Registration Act, forcing all superheroes to register with the government, receive special training, and operate within the scope of the law. Those who register are also asked to pursue the resisting heroes and to make them comply. This causes a rift between Iron Man (Tony Stark), who supports registration, and Captain America (Steve Rogers), who supports no regulation. Again, the question of liberty and security is brought up. Tony Stark believes that more regulation and surveillance, which represents a reduction of liberty, is ok if it brings security. Inversely, Steve Rogers defends the view that liberty is most important, and that one should not sacrifice it for more security. This goes to show that the security vs. liberty debate is omnipresent, and will likely be relevant for a long time.

In short, comics and superhero material have always reflected the politics of their time. Captain America’s first issue depicted him punching Adolf Hitler, and Superman once had a radio adventure where he beat up the Ku Klux Klan. Called Clan of the Fiery Cross, it is credited with having helped in the propaganda war against the KKK[2]. In the age of terrorist threats like Daech, cyber warfare, and Donald Drumpf candidacy, the security vs. liberty debate is more relevant than ever. As such, inferences from Batman v. Superman: Dawn of Justice may not be merely fictitious.