Battling Conflict and COVID-19: The Changing Dynamics Within the Syrian Civil War 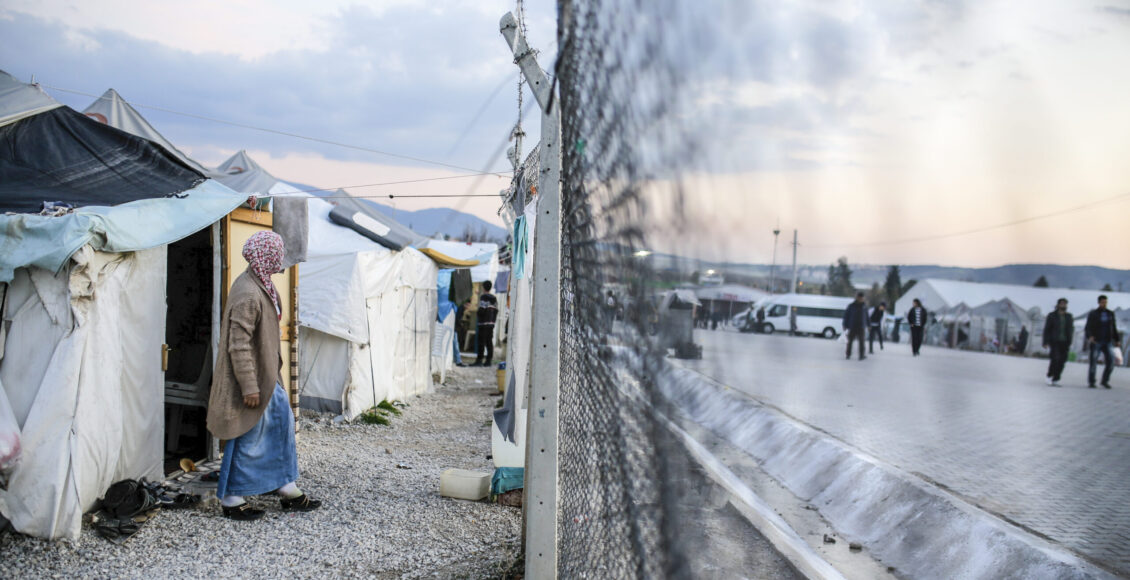 Since 2011, civil war has raged on in Syria, creating one of the worst humanitarian crises of the 21st century. Now, amid a global pandemic, the various actors implicated in the crisis struggle with battling both conflict and COVID-19, spurring broader impacts across the region. The Syrian Civil War broke out in March of 2011 after civil unrest and pro-democracy protests surrounding the Arab Spring escalated into wide-scale violence and armed conflict. The conflict is multi-dimensional, involving the Ba’athist Syrian Arab Republic led by Syrian President Bashar al-Assad and a range of divided, predominantly Sunni opposition rebel groups. Foreign powers have backed various forces, with Iran, Russia, and Lebanon’s Hezbollah intervening militarily to support Assad’s forces and pro-government militias, and the United States and other Western powers backing the Kurdish-dominated Syrian Armed Forces. Turkey, Jordan, Israel, and Saudi Arabia have also funded the opposition forces against the Syrian government. Additionally, the Islamic State of Iraq and the Levant (ISIL) has taken control of swathes of Syria, creating a “war within a war.” Currently, although Russian President Vladimir Putin and Turkish President Recep Tayyip Erdogan reached a ceasefire in Idlib, Syria on March 5 of this year, the fighting in Syria continues.

In the first five years of war, an estimated 400 thousand Syrians were killed, according to the UN Envoy for Syria. As of July 2020, approximately 5.6 million Syrians have fled the country and over 6.2 million people are displaced internally within Syria, according to the UN High Commissioner for Refugees. Today, 11.7 million Syrians are in need of humanitarian assistance in a country where over nine years of turmoil has decimated almost half of its health facilities. Restrictions on the importation of medical supplies due to international sanctions, limited access to basic equipment, and ongoing attacks on medical facilities have left Syria’s health infrastructure in peril and ill-equipped to handle the spread of COVID-19. At the outbreak of the pandemic, there were 325 ICUs with ventilators unevenly distributed throughout the country and only 57 hospitals and clinics fully operational in Syria. Thus, the threat of the spread of COVID-19 in a country already ravaged by conflict calls for immediate concern from the international community before an already dire humanitarian crisis worsens.

Syria’s first case of COVID-19 was confirmed in Damascus on March 21, leading to government lockdown measures and movement restrictions. By late April, lockdowns began to loosen in government-held areas and mosques were allowed to reopen several weeks later. As of June 22, the Syrian Ministry of Health reported a total of 204 COVID-19 cases. While Syria appears to have had a relatively low number of confirmed infections, these numbers may not be an accurate indicator of the pandemic’s spread due to an overall low level of testing and the difficulties of tracking the virus in a war-torn country. Additionally, even with current low infection rates there are still serious concerns that civilians would be dangerously exposed to COVID-19 if the disease were to spread further. About nine in ten Syrians live in or near poverty, many lacking access to adequate drinking water, and 4.8 million requiring food assistance from the World Food Programme. Essential medical supplies are so limited that even medical personnel are sometimes unable to use masks because there is insufficient personal protective equipment (PPE). Lockdowns themselves pose an additional challenge because they are likely to have an outsized effect on individuals’ livelihoods, making it harder for the deliverance of desperately needed assistance. Furthermore, fragmented conflict dynamics have hampered an effective response to COVID-19. The interventions by international humanitarian actors have been impeded by the lack of access to territory outside of government control, and the multi-sided conflict between the many actors in Syria have restrained any possibility of a coordinated approach to the pandemic.

As is the case for numerous other countries, COVID-19 has impacted citizen trust, behaviour, and economic status. Based on a recent survey across all fourteen of Syria’s governorates, 60 per cent of respondents felt their communities had insufficient information to protect themselves from the virus. When asked about behaviour change due to COVID-19 safety guidelines, respondents noted the difficulties in adapting their local culture and traditions to health and safety guidelines. The pandemic has also worsened the economic situation of an already struggling population, with 81 per cent reporting a deterioration in their community’s ability to meet basic needs. Additionally, the closure of shops and small businesses has impacted families’ incomes and access to products available in the market.

How has COVID-19 impacted the conflict dynamics of the Syrian Civil War?

Beyond the pandemic’s impact on the daily livelihood of Syrians, COVID-19 has also influenced the overall dynamics of the civil war. Although studies predict that the pandemic is unlikely to become a decisive turning point in the overall outcome of the conflict, COVID-19 has had a varying impact on the military balance of power. State actors in the Syrian conflict have felt different repercussions on their national revenues and military resources, depending on how much their countries have been afflicted by the virus. Russia, one of the central players in the conflict, has felt increased pressure on its budget due to a drop in global oil prices and demand. Iran has also struggled from the economic devastation caused by the widespread outbreak of COVID-19 within its borders. For Turkey, the pandemic has heightened Ankara’s need for access to international finances because of economic difficulties, a weakening currency, and significant external debt, which in turn requires the country to improve its relations with the US. COVID-19 has also exacerbated prior trends of destabilisation and erosion of state capacity in Syria.

The dynamics of the Syrian Civil War are relevant on a broader scale due to the conflict’s wider effect on the entire region. The influx of Syrian refugees forced to flee their country has drastically impacted the domestic day-to-day of neighboring countries. An estimated 1.5 million Syrians fled to Lebanon, for example, whose economy is closely linked with that of Syria. Today, the Lebanese economy is on the verge of collapse from the effects of the Syrian conflict and political mismanagement, and as Syria’s economy plummets further so does Lebanon’s. Measures put in place to prevent the spread of COVID-19 have only contributed to the economic slowdown; one third of the Lebanese workforce is currently unemployed and thus the job market is scarce for Lebanese citizens and Syrian refugees alike. With conflict in Syria unlikely to be resolved anytime in the near future and the continued risks of COVID-19, the international community has a crucial obligation to take action and address a humanitarian crisis.