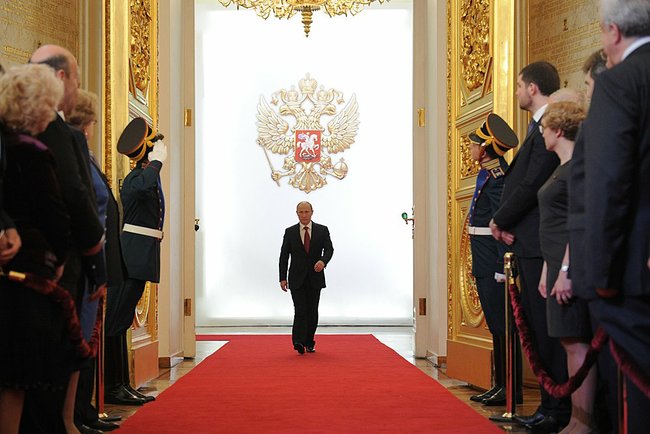 It is thought that the end of the Cold War brought with it a renewed sense of stability and peace in the international world order. Western liberal democracy had triumphed over absolutism as the accepted doctrine in international politics, and the former Soviet superpower had retreated into its borders and posed no serious threat. How then, can we explain the recent rise in Russian aggression? How can we justify Russia’s revitalization as it flexes its military muscles in the Baltics and treats the United States and European powers with hostility?

In recent months, several Baltic states have voiced their concern over an aggressive Russia trying to reestablish itself as a great power and secure its former sphere of influence. Linas Linkevicius, Lithuania’s Foreign Minister, claims that especially Baltic countries are justified in their concerns of a re-energized Russia. Geography and history are on their side, as well as the fact that Putin overtly uses military means to achieve political ends. Lithuania, once a part of the Soviet Union, is now a member state of NATO and the European Union. It knows all too well the consequences of an empowered Russia, having suffered at the hand of the Kremlin’s forces in the early 1990s. Under direct orders from Moscow, tanks were sent in to crush the peaceful protests occurring in the capital city of Vilnius in 1991. Lithuanians have not forgotten their history, and have good reason to fear the growing presence of their eastern neighbour today.

Petr Pavel, Chair of the NATO Military Committee, does not “believe that Russia has anything to gain from testing NATO at this point.” However, Putin does not often act in predictable ways; to many he is “a gambler who makes snap decisions based on short-term factors.” The Kremlin is not known to act in reasonable or rational ways, nor do they seem to be pragmatic in their decisions and their actions. Many political scientists and scholars write off Putin’s seizure of Crimea in 2014 as too spontaneous to count as a systematic expansionist project. However, this thought should not completely dispel the notion that the President’s seizure of Crimea was a reasonable reaction to NATO’s expansion. While the West attributes Russia’s actions in Ukraine and the Baltics to unadulterated imperialist aggression, it is plausible to ascribe the Kremlin’s behaviour to the threat of NATO enlargement.

The North Atlantic Treaty Organization was formed in 1949 with the purpose to “safeguard the freedom and security of its members through political and military means.” Today, NATO preaches a deterrent agenda, which includes the placement of credible military capabilities along Russia’s western border, progressive dialogue, as well as increased defence spending among those countries who, in the last several years, have pursued a steady program of disarmament. The recent 2016 Warsaw Summit explicitly outlined the increased volatility of the international system as a direct result of Russia’s actions in Eastern Europe. In the July Summit, NATO announced its commitment to “fulfilling its three core tasks: collective defence, crisis management, and cooperative security.” It is clear that NATO feels now more than ever that the appearance of the alliance’s strength and unity is necessary and required if tensions with Russia are to settle. And yet Putin continually blames the West, and more specifically NATO, for causing the strained regional tensions alongside Russia’s western border. Putin justifies his actions by accusing NATO of expanding eastward and moving military hardware to Russia’s borders.

When understood in this way, Russia’s actions seem relatively justifiable. It has been the West’s failure of deterrence that has thus allowed the country to legitimize its actions. Instead of being dismissed as an irrational behaviour of a reckless imperialist, Putin’s sabre-rattling and aggression should be taken as serious threats. Since its formation, NATO has more than doubled in size, with 28 member states currently partaking in the alliance, including the Baltic countries and the Eastern Europe states of Romania, Slovakia, and Slovenia, as well as the two most recently admitted Albania and Croatia. The United States and its European allies fail to understand that NATO’s incorporation of countries close to Russia’s western border pose as a real security threat to the region. According to the political scientist John. J. Mearsheimer, the West has been “blindsided by events only because they subscribe to a flawed view of international politics.”

Since the end of the Cold War, Western liberalism has come to dominate the field of international politics. Seen as the triumphant victor against the Soviet authoritarianism and communism, the liberalist doctrine is now accepted as the “postnational order [that] had replaced the realist logic that used to govern Europe.” It was liberals who favoured the enlargement of NATO over the years, keen on fostering economic interdependence among East European countries, and on fixing them in international institutions. It is for this reason that Russia’s actions today are misinterpreted as being offensive and aggressive, when in fact, Russia is reacting in the same way that any great power would if their national security was at stake. What the United States interprets as aggressive displays of military might be in fact defensive maneuvers to offset the threat of Western encroachment.

The West’s attempt at deterrence has also proved unsuccessful, due to the tendency of Russia to “absorb enormous amounts of punishment, in order to protect [its] core strategic interests.” As Mearsheimer explains, Russia is unlikely to back down, despite the economic sanctions and deterrence measures launched against it by the West. Nevertheless, Russia’s one-dimensional economy and aging population will make it difficult and unlikely for Russia to score any great victories against the entire NATO forces. However, the threat of Russian aggression still remains, since “great powers are always sensitive to potential threats near home territory.” Putin’s actions, while they run contrary to the now internationally accepted norms and values of Western liberalism, are not illogical or irrational in any way. Russia could simply be trying to regain some level of stronghold in the face of an ever increasing Western military presence.

It has thus been the West’s failed attempt at deterrence and containment of Russia that has provoked the declining power’s aggressive actions in Eastern Europe. Instead of preventing Russia from engaging in such behaviour, the eastern expansion of NATO over the last two decades has triggered an onslaught of Russian offence. The implications of this today can be perceived in the tense mindset of the Baltics, with those states voicing legitimate concern over a reenergized Russia. While the former Soviet superpower may not possess sufficient military capabilities to take on the entire forces of NATO in an all-out war, political leaders and officials must not ignore the potential damage that Russia can still cause. With the recent U.S. election, there is increased fear in the Baltic states that “the United States is keen to see Russia as a potential partner and reluctant to share the view in Eastern Europe that Moscow presents a potent and immediate military threat.” If peaceful relations are to commence between Russia and the West, then the United States and the rest of Europe must acknowledge Russia’s status as a declining great power and refrain from threatening its sphere of influence. Only once this is accomplished can the grounds be laid for a stable and peaceful international world order.