Who Bears the Burden of Climate Change? 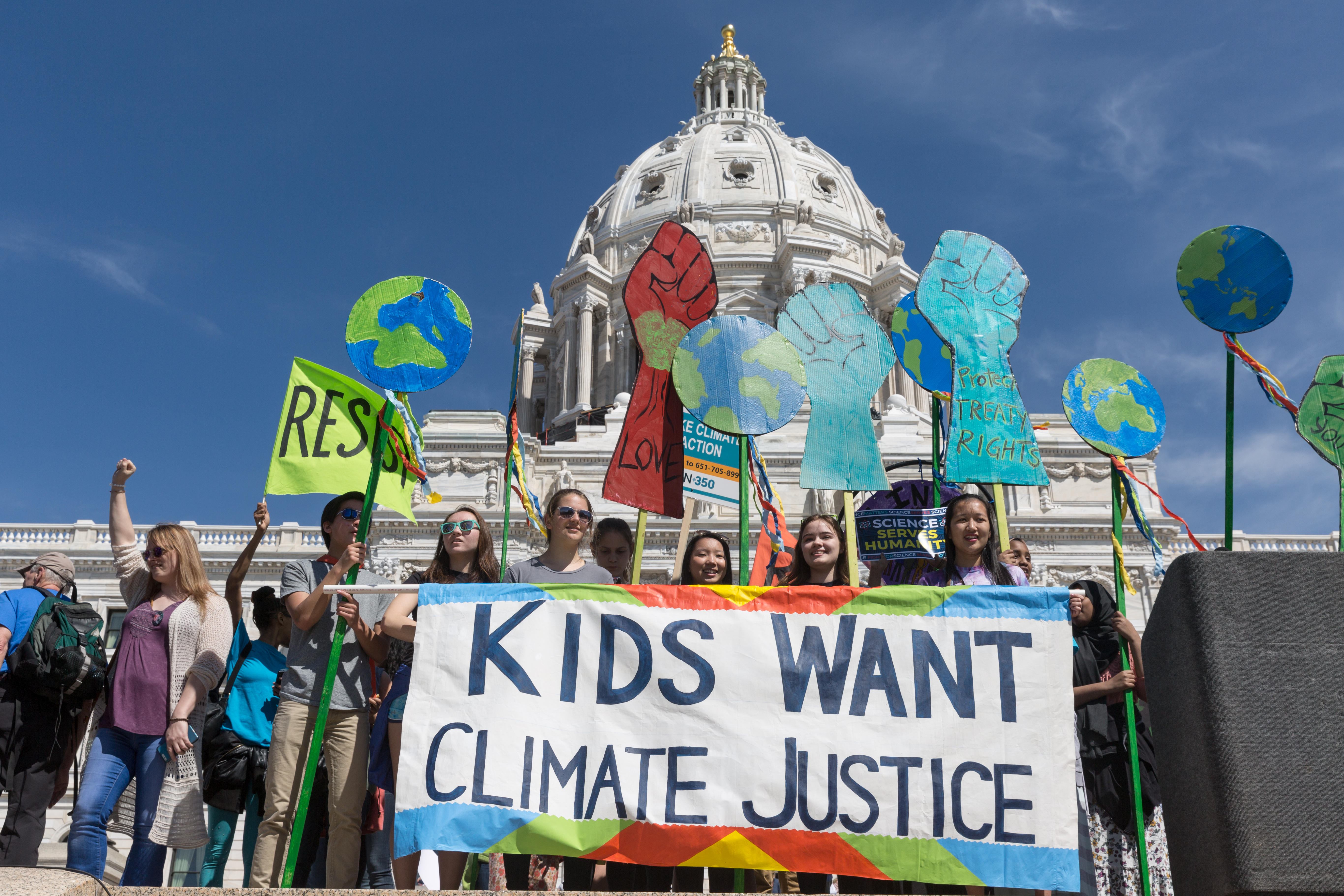 The concepts of Equity and Responsibility in the global climate change regime focus on accounting for the historical amount of CO2 emissions produced by developed and developing countries. These concepts also acknowledge the disproportional consequences that are rendered for climate change, and thus inform the development of more equitable emissions targets today.

Equity has two main components: “how to address imbalances between States’ capacities to tackle climate change, and how to temper the impact of climate change response measures on vulnerable segments of the population in developed and developing countries alike.” Whereas, responsibility focuses on setting stricter targets for countries, like the United Kingdom (U.K.), which began to industrialize and pollute much earlier than most developing countries.

The Paris Agreement marked a notable shift in the climate change regime by replacing top-down international goal setting with individual national goals. Each country is able to set and justify their individual climate change targets, which vary in ambitiousness. As a result, the regime has led to a shift away from Equity and Responsibility for developed countries. Current estimates put the expected temperature increase at 2.7 degrees with the current Nationally Determined Contributions (NDC)  proposals. Countries like the United States have used these loosely set targets to shirk any historical or modern responsibility they may have.

Historical emissions are measured starting from the early periods of industrialization. For most developed countries today, this booming period of industrialization was aided by the wealth of their colonies. Not only did this exploitation hinder developing countries’ growth, it has also contributed to the destruction of our planet, the effects of which we see now. Today, many countries struggle to address the loss and damage associated with climate change, while simultaneously attempting to create a more sustainable future. To what degree is the historical responsibility for CO2 emissions intrinsically tied to the colonial legacies endured by vulnerable developing countries?

The countries most at risk of the effects of climate change are largely located in the southern hemisphere. The majority of these countries are former colonies, whose current political and economic institutions have been debilitated by colonial legacies. These countries are now threatened by the effects of pollution emanating from industrialized countries. In many cases, the funding of this early industrialization was subsidized by the wealth and labour of today’s developing economies or former colonies. Developing countries are now disproportionately facing the consequences of changing climate conditions. Many of these countries lack the resources to fund research and infrastructure that is necessary to prepare for rising tides and extreme weather conditions. The effects of climate change have already begun to affect many countries in the global south who are particularly vulnerable, geographically and economically, and unequipped to handle the loss and damage.

Moreover, climate change is intrinsically linked to human rights. For many countries, natural calamities have resulted in unstable living conditions. Many countries now face an influx of climate refugees, that are both a national and international strain. Rising temperatures have resulted in decreased agricultural yields, warmer and more dangerous climates. Whilst environmental degradation is regarded as more of an indirect effect of colonisation than the myriad of human rights abuses inflicted by imperialists, human rights issues can be linked to the industrial endeavours of developed countries. Therefore, human rights and climate rights are inherently linked, and so are the role of colonial legacies and climate equity.

India is a prime example of how the legacies of colonialism have exacerbated the effects of climate change on the country’s development. Under British rule, a vast majority of India’s natural wealth and agricultural production was exported to the U.K. Along with Britain’s other colonies, India served as a steady source of income to fund Britain’s industrialisation. However, profits from selling English, manufactured products hardly benefited the Indian people. In practice, wealth was taken out of the Indian economy, preventing it from fully developing. While the U.K. did build infrastructure like railroads and naval ports that aided India’s industrial endeavour post independence, the British Empire mostly benefitted. In an effort to concentrate on empire building, basic provisions like higher education for locals were largely neglected. Once Britain withdrew from India, the newly formed state was left to pick up the pieces of a broken economy and political system. Fifty years later, India is now facing the rapidly evolving consequences of climate change, including heat waves, agricultural loss, and deadly flooding . After having lost out on over a hundred years of economic development, current climate change effects could be argued as unfairly difficult circumstances to reconcile with. India is still recovering from years of stagnation in academia and innovation, making it even harder to develop the technology necessary to combat climate change. Yet, India is performing relatively well in sustainability terms by preventing itself from becoming a coal economy, investing heavily in renewable energy, whilst pursuing industrialisation.

However, the majority of developing countries are not coping as well as emerging countries and do not have similar access to labour and resources that India has managed to acquire today. Countries like Bangladesh or the Maldives do not have the resources to develop technology or fund infrastructure without international help. These countries are not responsible for the vast majority of world emissions, but still face the consequences of developed world industrialization. Equity is based on the power dynamics between wealthy annex 1 countries that are largely responsible for CO2 emissions and most well positioned to address these issues, and vulnerable states. Not only is there an obligation for wealthy nations to help the vulnerable in terms of equity, but there is also one to repay for the loss of economic development undertaken by former colonies.

Contradictorily, the Climate Equity Movement has been a barrier to climate negotiations in many cases. For instance, India has refused to further decrease their output, while many smaller and less industrialised nations have avoided signing onto deals that do not include specific reduction targets for developed countries. Furthermore, developed countries have also contributed to the prevention smooth negotiations. For example, countries such as Canada, Australia, and the U.S. have extraordinarily high per capita CO2 emissions, but have failed to make significant commitments to reaching the 2 degree or 1.5 degree targets, or have refused to ratify the Kyoto Protocol  domestically, let alone aid nations abroad.

Many developed countries do not agree with the Climate Equity Movement, and very few actively address the negative effects of their colonial histories. Unless developed countries feel particularly empathetic, there is no way to hold them accountable for their historical emissions or force them to pursue more ambitious targets. Even if developing countries were to hold negotiations hostage, they have much more to lose from the dissolution of the international climate regime. One of the main criticisms of the Climate Equity Movement, and a product of the Paris Agreement is allowing individual countries to set their own targets. Many developing countries believe that this provision lets many countries of the hook, allowing them to choose low emissions targets, or neglect to follow through on the targets they set.

Regardless, the exacerbation of climate change issues by colonialism are undeniable. The economic setback experienced by colonized countries has prevented the development of an industry that could properly mitigate or minimize the loss and damage of climate change. Additionally, postcolonial states are disproportionately vulnerable. The Climate Equity Movement offers a potential method to give postcolonial states the opportunity to properly prepare for global warming; otherwise, they will stand very little chance in the face of powerful natural forces.