Bears, Rideshares, and Graduation Nightmares: A Guide to the Current Economic Climate 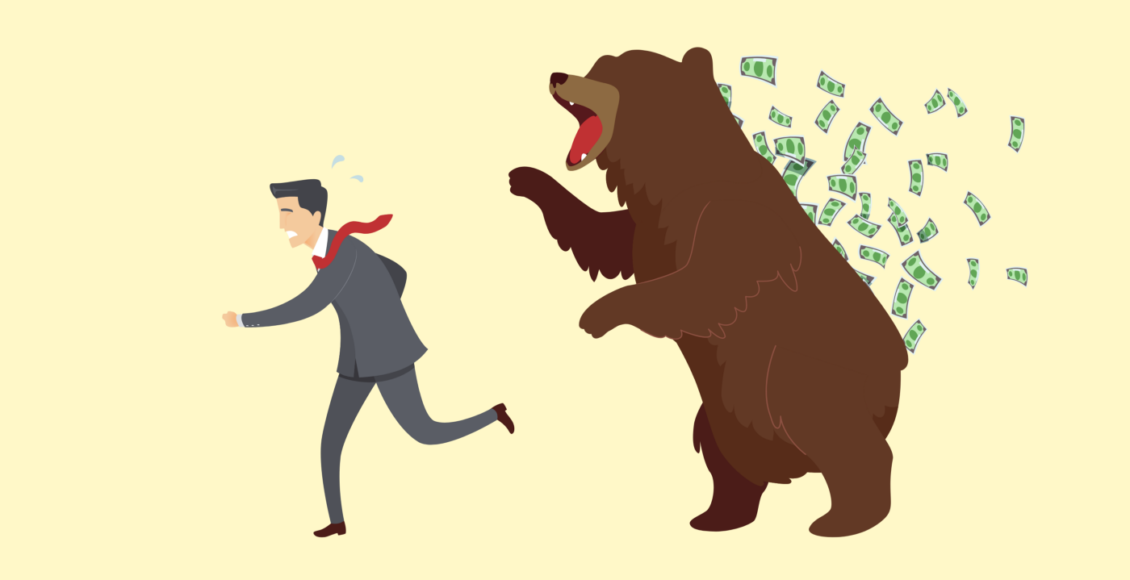 Between distressing dinner table conversations, foreboding news headlines, and concerning investment returns, almost everyone is aware that something is not quite right about our current economy. Lots of terms are being thrown around — recession, bear market, stagnation — and some have technical definitions that warrant serious reactions. What do these words mean, and what do they imply for young people, especially those who are grappling with financial independence for the first time?

First, what is happening in our economy? We’ve entered a bear market, which occurs when securities prices fall at least 20 per cent from recent highs. Beyond statistics, bear markets also are defined by a general feeling of pessimism amongst investors — in other words, there is a fear that prices will remain low for a while, and this forms a sort of psychological hurdle that deters people from sinking their money into assets. This bear market is being caused by investor fears about rising interest rates and their potential to cause a recession, given that high interest rates incentivize saving and deter spending. This is flanked by concerns over global supply chains and the war in Ukraine.

During times of both bull and bear markets, politicians are often quick to remind voters that the stock market is not the economy. However, this notion is becoming outdated for a variety of reasons. Most people have their savings invested in some way, and 41.9 per cent of household wealth in the US is invested in the stock market. This may be in 401(k)s and Roth IRAs in the United States, and Tax-Free Savings Accounts (TFSA) and Registered Retirement Savings Plans (RRSP) in Canada, amongst other types of investment accounts in both countries. Beyond these types of savings accounts, many pension funds, like the Canada Pension Plan, rely at least in part on stock market returns to provide retirees with income. Retirees are not the only group that needs to cash out savings in the coming months. Young people that have invested with the goal of saving for a down payment on a home, graduate school, or even vacations may face a tough decision between cutting their financial losses or pushing back these milestone decisions indefinitely in hopes of a market recovery. This is an especially difficult choice given that as of May, the top 100 stocks most commonly held by young people were down 43 per cent on average from their 52-week high, as compared to the market’s approximate 20 per cent.

The end of “millennial subsidies”

Dwindling investment income is not the only economic harm afflicting young people due to the fall in stock prices. Another major linkage between the stock market and the economy pertains to innovation and pricing. Many companies, especially ones geared at young people, rely on their massive market valuation to subsidize innovation and to subsidize products that may not yet be profitable. Uber, Airbnb, Doordash, and Bird scooters are all examples of this. The term “millennial subsidy” has been coined to refer to products and services that were provided below cost due to investor support. The sharp decline in market valuation that many of these companies have faced in light of the recent 20 per cent drop has caused a sharp increase in the price of their goods, and these goods are primarily targeted at young people.

On top of these evaporating subsidies, many companies promised investors that they would increase prices eventually anyways. Uber is a prime example of this: it provided rides so cheap that taxi companies were forced out of the market, and now that Uber does not face any significant competition, it can raise rates, knowing that customers don’t have anywhere else to turn. Furthermore, many gig-economy services are becoming more expensive as unemployment decreases, and thus labour becomes more scarce and more expensive for these firms.

The end of millennial subsidies signals that young people cannot consume at their current rate anymore — ordering Uber Eats three nights a week may cost $120 rather than $60. Combine these millennial-targeted price hikes with the general effect of inflation on all goods, and young people everywhere are faced with a difficult choice: cut down on spending or take on debt, and high-interest debt, due to the recent hikes in interest rates by central banks all over the world. A recession is likely on our horizon, and the only way to fight it off is for consumer demand and spending to remain constant (or increase). It feels rather poetic that the same people that chastised millennials for spending money on lattes and avocado toast, rather than saving up for homes, are now relying on those millennials to keep up their expensive habits.

Although traditionally defined as two consecutive quarters of economic downturn as measured by GDP, the definition of a recession has shifted in recent years. In Canada and the US, a recession is now considered a “significant decline in economic activity spread across the economy, lasting more than a few months, normally visible in real GDP, real income, employment, industrial production, and wholesale-retail sales.” A recession has not been declared in either country, although GDP was down 1.5 per cent in the first fiscal quarter of 2022. The majority of economists predict that one will be declared next year, although some are hopeful that it will remain mild — or be totally averted — due to the seemingly-stable demand for houses and the appearance that many consumers are spending liberally despite inflation. The reason for this potential recession is inflation, but not in the way you may think. Inflation can lead to a recession by spurring animal spirits, causing people to become irrationally fearful for the future of the economy and incentivizing them to save in anticipation of future troubles. This decreases aggregate consumer demand, and thus GDP, causing a recession. Furthermore, inflation often prompts central banks to hike interest rates, increasing the price of debt and deterring spending to decrease prices. This makes it seem that inflation is preferable to a recession, but for young people, is it really?

There are a variety of answers to this question. Those who favour recession may argue that it acts almost like a regressive flat tax: the price of all goods increases, and those with the least amount of resources feel this hike most significantly, especially because wages are sticky — they do not rise at a pace that is commensurate with inflation, because contracts are renegotiated annually. Conversely, recessions metaphorically tax some at a much higher rate than others. For example, companies typically face decreasing revenue during recessions, prompting them to lay off workers. This illustrates that picking the lesser of two evils is often a matter of weighing plausibility and harms: is it better for an individual to accept the slight risk of job loss, or the certain risk of groceries becoming less affordable? Graduating into a recession is a nightmare, but so is trying to buy steeply-priced groceries on a student income.

There may be a silver lining in all of this. Young people tend to be risky investors, having little experience investing and thus little experience with loss. In the same way a terrible hangover may deter you from drinking too much in the future, losing money tends to create more cautious investors. This cautiousness manifests as increased diligence and a healthy dose of skepticism, both of which encourage investors to research the financials of the equities they purchase rather than relying on brand-name recognition or the false notion that the market will always be hot and profitable.

Prudent investing is not solely self-serving. If the stock market only ever prospered, inefficient companies would be able to keep themselves afloat via equity financing. Bear markets weed out these companies and scare off a generation of investors from being duped into subsiding them. This more efficient allocation of capital results in innovation and productivity gains. In other words, there is hope that we will emerge from whatever lies ahead both stronger and more resilient.

Featured image by Carter Kilmann is licensed under CC BY-SA 3.0.