Behind the Curtain: US Foreign Policy in the Age of COVID-19 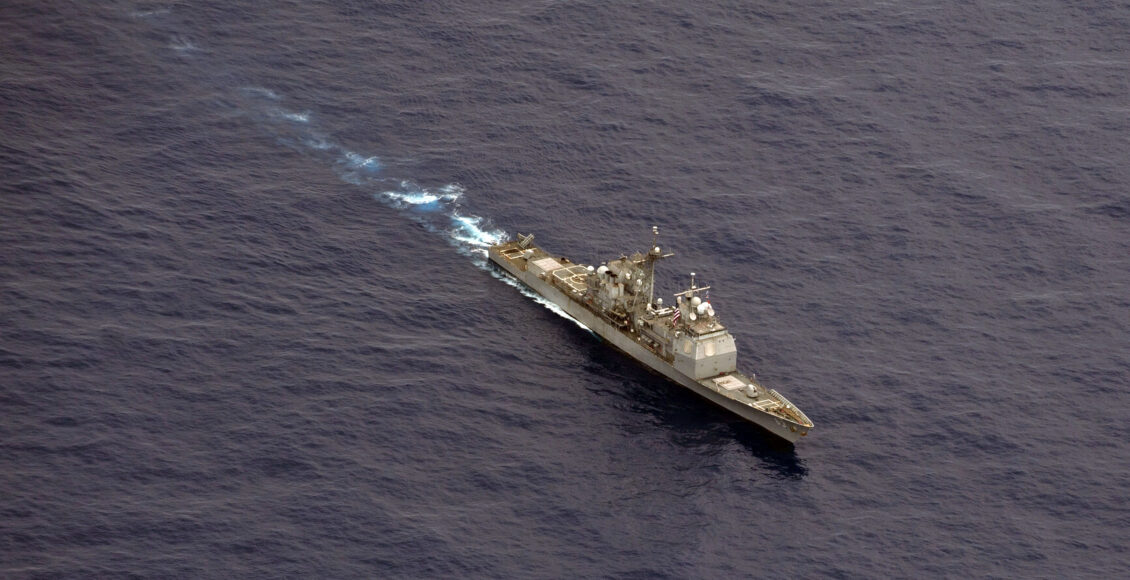 The United States has been hit hard on all sides by the COVID-19 pandemic. Healthwise, it currently leads the world in both deaths and active cases. Economically, stay-at-home orders and financial uncertainty have resulted in massive layoffs, causing unemployment to skyrocket. At least 27 million Americans have lost their job-tied healthcare coverage, thereby increasing the likelihood of COVID-19 related medical bankruptcy. Many may also default on their mortgage payments, causing another housing crisis. Many have attributed the extent of the ongoing tragedy to an inadequate pandemic response by the US government, as years of misallocation of resources have led to massive shortages of important medical equipment. Furthermore, despite many states seeing increased rates of COVID-19, the majority of them are reopening, which could further exacerbate the pandemic.

Given the extent of the emergency in the US, drastic changes in domestic policy should be at the forefront of American consciousness. However, this attitude is not shared by the Trump administration, who seems to be invested in challenging foreign adversaries, like Iran and Venezuela, by taking advantage of pandemic-inflamed crises. This can clearly be seen in the proposed 2021 budget. Despite experiencing a pandemic, only 6.45% of the government’s discretionary spending has been allocated towards Health and Human Services, with $933.8 billion dollars allocated to various military branches. Furthermore, examining the history of the US military, it would be reasonable to assume much of these military funds are to be directed towards foreign intervention.

Both Iran and Venezuela sustain complex relationships with the US, which have been marked by decades of distrust and disagreements. Iran’s theological regime was established through a rebellion against American imperialism in 1979, while the US has long claimed that Iran is a “state sponsor of terror.” Furthermore, the US also maintains a strategic partnership with Saudi Arabia, who has been engaging in multiple proxy conflicts against Iran since 1979. Meanwhile, in Venezuela, while tensions began to rise when then-President Hugo Chavez started to reassert sovereignty over oil reserves in 2005, more recent tensions have centred around current President Nicolás Maduro. The US upholds that it is highly concerned with human rights abuses and Maduro’s role in the ongoing humanitarian crisis in Venezuela, while also asserting that the country is a “threat to national security.” Recent iterations of the desire to remove Maduro manifested in the 2019 presidential crisis, where the U.S. backed opposition leader Juan Guaidó in a disputed election. Currently, despite a global pandemic, the U.S. is engaging in a “maximum pressure” campaign to remove Maduro from office.

Aside from issues with the United States, Iran and Venezuela share another characteristic: devastation at the hands of COVID-19. Much of this severity comes down to general ineptitude, corruption, and recent economic sanctions imposed by the US. These sanctions had similar effects in either country, as both Venezuela and Iran are dependent on oil exports to keep their economies afloat. As the global hegemon, the US can advise other nations not to trade oil with these countries and cut them off from the lucrative American market, causing these oil-centric economies to shrink. Being cash-strapped, the sanctioned governments were forced to reduce imports, including of essential resources. Pairing this with ongoing hyperinflation, basic goods, such as medicine, have become increasingly expensive and scarce. Furthermore, the Trump administration froze financial assets held by these countries in the US, preventing them from reallocating resources towards stabilizing their economy.

While these sanctions essentially represent economic warfare, the US has not only maintained these practices, but has further expanded and leveraged these pre-existing constraints, all while engaging in military escalation during a global pandemic. On March 12th, the US conducted airstrikes against Kataib Hezbollah weapons facilities, the same militia the Trump administration accused of launching a rocket attack that killed two Americans. Later that month, in response to 11 Iranian boats moving close to Navy ships in the Persian Gulf, President Trump tweeted that he had ordered the United States Navy to “shoot down and destroy any and all Iranian gunboats” if they acted aggressively towards navy ships. While the instigator of this specific instance is disputed, the US is almost certainly culpable, given that its naval presence next to the border of Iran can be seen as a clear act of escalation.

Concurrently, conflict escalation continued in Venezuela. Attorney General William Barr announced a $15 million dollar reward for the arrest of Maduro, as Barr alleged that Maduro conspired to “flood the United States with cocaine” and “devastate American communities.” Only a few days later, Secretary of State Mike Pompeo announced that he was considering lifting sanctions on Venezuela, as they had been exacerbating the material issues of the Venezuelan population, yet terms and conditions applied: Maduro and Guaidó must step aside, and be replaced with a five person council who would oversee the government until an election was manageable. While Maduro’s authoritarian grip on power remains a serious issue in Venezuela, leveraging the suffering of regular citizens as a bargaining chip in order to overturn a sovereign government should not be the method of achieving free and fair elections. This is especially abhorrent given that the maneuver took place when Venezuela began to close its borders, restrict imports further, and citizens were going into lockdown to brace for the impending arrival of COVID-19.

American military presence then increased to combat the drug trade near Venezuelan shores. While Maduro has facilitated the cocaine trade, 90% of all cocaine bound for the United States is trafficked through alternative routes, with seven times as much shifting through Guatemala and ten times coming directly from Columbia. If using the military was about stopping the overseas drug trade, directing them to Venezuela would be illogical. Rather, this is a clear attempt to escalate tensions with Maduro and cut off one of the few economic outlets unhampered by sanctions.

The escalation continues today. Venezuela has been slipping further into a state of total devastation: scarce fuel resources are pushing Venezuela to the brink of famine, as farming machines are no longer effective, and hyperinflation has made their currency practically worthless, so they cannot import food. With the US choking the oil market, and one-third of Venezuelans malnourished, Venezuela began to look for any ally willing to ignore sanctions. In doing so, they found an unlikely ally in Iran, which agreed to ship needed resources to Venezuela.

The United States, in response, placed stricter sanctions to deter this trade deal, instead of allowing desperately needed resources into Venezuela. The tankers were escorted by the Venezuelan Navy, and Iran promised a “swift and decisive” response if the US military intervened. However, this reality did not stop some American politicians from suggesting military intervention. Republican Congressman Mark Green, when asked if he believed engaging in a blockade was a good idea, stated “everything we can do to put Maduro in a crisis… and put him out of office is a good thing.”

The priorities of the US government are clear. Despite the mountain of issues they face domestically, they are directing their money and energy towards exacerbating the crises in Venezuela and Iran. This foreign policy approach is not only harmful to Americans, but the economic warfare waged with these two countries disproportionately harms their most vulnerable citizens, while doing little to actually remove the authoritarians at the helm. The undying desire for regime change has a human price — the death and suffering of civilians, both at home and abroad. The US could use this pandemic as an opportunity to prove to the people of Venezuela, Iran, or any other adversarial country that American influence can be beneficial by actively helping those in need. Furthermore, if the US wishes to continue utilizing the enforcement of human rights as justification for foreign interference, it should consider a humanitarian approach, especially during a global health and economic crisis. Ultimately, the US should develop a new form of foreign policy, not based on imperialism or geopolitical power, but on mutual cooperation, direct foreign aid, and humanitarianism — or it can expect more enemies in the future.