Belgium’s long wait for a Government 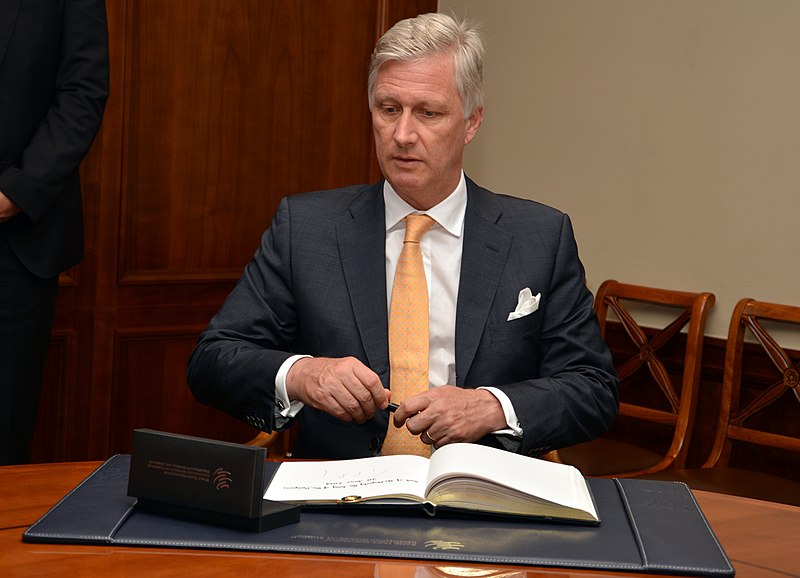 On Super Sunday, which fell on May 26th, 2019, Belgians voted in federal, regional, and European Parliamentary elections. Despite over a year having passed since then, a federal government has still not been formed. Instead, a minority coalition of liberals and Christian Democrats has been established as a caretaker government, its powers limited to the day-to-day running of the country, while lacking the ability to make major policy decisions. To be able to tackle the COVID-19 crisis, the caretaker government has been given special powers, which allow it to pass laws by decree without parliamentary approval. These powers will expire in September and cannot be renewed. Belgium’s political parties have started fresh coalition talks to ensure a government is formed by then, but will these talks succeed, given the divisions that wrack Belgian politics?

Belgium has two main language groups: the Dutch-speaking Flemings in the Flanders region, who make up 60 per cent of the population; and the francophone Walloons in Wallonia who make up 40 per cent. The national divide between the language groups is reflected in Belgium’s political institutions. The Walloons and Flemings each elect seats, in proportion to their share of the population, to the Chamber of Representatives, the lower house of the federal Parliament.

Belgium’s political parties also reflect the divide between the main language groups. These parties are grouped into families based on their ideology. Parties within the same political family will generally enter into coalitions with one another, but this is not always the case.

The Socialist Party (PS) has generally been the dominant party in Wallonia, both within the regional parliament and at federal elections. As a result, it has always been invited into federal coalitions to ensure Wallonia is seen as being represented, and has participated in every government between 1988 and 2014. The Socialist political family is federalist, as the parties within it support Belgium’s current constitutional arrangements.

The Christian Democratic and Flemish party (CD&V) has been the historically dominant party both in Flanders and federally. But since 2010, the CD&V has been overtaken regionally and federally by the right-wing New Flemish Alliance (N-VA). The NV-A is a confederalist party, and therefore, it supports the transfer of powers from the federal to regional governments. The N-VA views a confederalist Belgium as a stepping-stone to its ultimate goal of an independent Flanders. Accordingly, the federalist parties view the N-VA as a threat to national unity, and they often struggle to involve it in prospective coalitions. In the same vein, the far-right Flemish Interest (VB) is another Flemish separatism party, which is more extreme in its ideology. It has been rejected as a coalition partner by all other political parties for the same reasons.

Although not constitutionally mandated, politicians try to ensure that the governing coalition has a majority of the total Members of Parliament from both language groups, as well as an overall majority. In the previous center-right governing coalition of the Liberal family, the CD&V and the N-VA had an overall majority, but within the language groups, it only had a majority in the Fleming group. It was feared that the lack of Walloon representation would make it unstable and pose a risk to national unity.

In 2018, the coalition was divided over the United Nations Global Compact for Migration, a non-legally binding agreement that regulates the treatment of migrants. The N-VA resigned from the government due to its opposition to the Compact, as the party believed it would increase immigration to Europe. The remaining parties continued, governing as a minority coalition until the scheduled general election in 2019. The N-VA won in Flanders, as well as nationally, while the PS came first in Wallonia. The Green family saw strong gains, but the biggest shock was the far-right VB’s significant growth, finishing second in Flanders and third overall.

The first problem for the formation of the governing coalition was that the two language communities had voted very differently. Wallonia generally leaned toward the PS and other left-wing parties, while the N-VA and other right-wing parties did well in Flanders. The most favourable option would have been a coalition between the Socialist family and New Flemish Alliance, with either the Liberal or Green families joining to form a majority.  However, the PS have rejected any coalition with the N-VA, citing their deep opposition to the N-VA’s right-wing and confederalist ideology.

The second problem for government formation concerns national unity, evidenced by the fact that the best-performing Fleming parties were confederalists or separatists. Discontent in Flanders about equalization payments from their well-off region to the poorer Wallonia in part contributed to these right-wing parties’ electoral success. It is essential that the next federal government address these concerns by either reforming the equalization system or carrying out state reform to defer further powers from the federal government to the regional parliaments. Hopefully, such measures would make Flanders feel it has more control over its affairs and prevent its people from feeling alienated. Alternatively, if the federal government had a Fleming majority, Flanders might feel it is sufficiently represented federally and, therefore, not seek greater regional powers. Open VLD rejected participation in a coalition with the Green and Socialist families precisely because it would not have resulted in a Fleming majority. As a result of the major ideological divides between the political parties and the need to uphold national unity, Belgium has been left without a government for over four hundred days.

COVID-19 and coalition talks round two

After the election, the minority Liberal family-CD&V coalition continued as a caretaker government. Naturally, its limited powers were insufficient to tackle the public health crisis posed by COVID-19, which struck Belgium in early February. The Federal Parliament voted to grant special powers to the caretaker government to allow it to address the crisis. However, these special powers are due to expire at the end of June and can constitutionally only be extended until the end of September.

The only politically viable way to ensure any coalition has a Fleming majority is to include the New Flemish Alliance. The N-VA have stated that they are prepared to drop their demands for confederalist state reform until the next election. They have also publicly stated their support for greater government aid to the working class and stronger environmental measures, a clear effort to appeal to the Socialists and Green families. The N-VA has been overtaken in Flanders’ opinion polls by the VB. This development brought about the N-VA’s new conciliatory stance, as they see that the only way to regain the ground on which to successfully advocate for Flanders is by participating in the Federal Government.

Belgians have been warned that elections may be held in September if coalition talks fail. The 2019 election laid bare the deep divisions in Belgium’s politics and a second election would only inflame them further. The N-VA has clearly already made some conciliatory gestures due to its fears of being overtaken by VB, which the PS should accept and build-upon. Hopefully, after four hundred days without a government, Belgium’s politicians can finally come together.

Featured Image: “Visit of His Majesty King Philippe of Belgium to the WTO, 20 June 2019“. By the World Trade Organisation. Licensed under CC BY-SA 2.0.