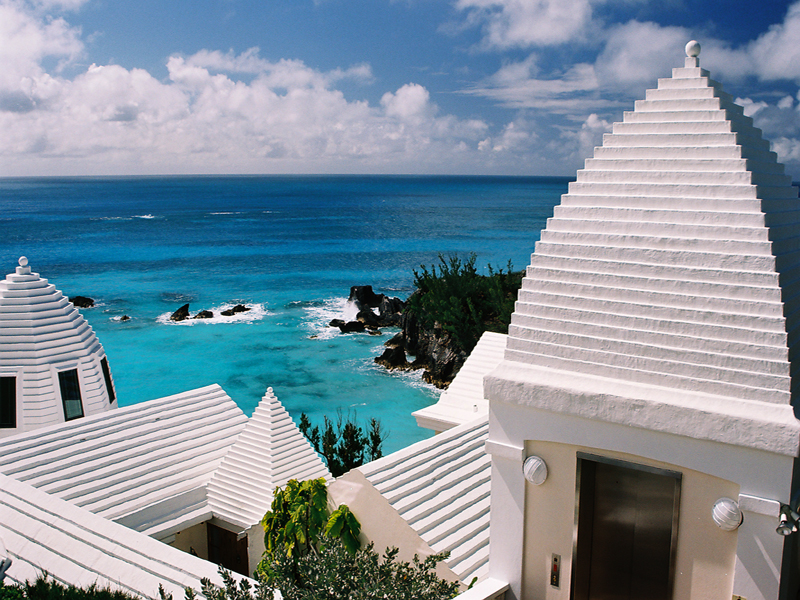 As the rest of the world progresses towards equal civil rights and marriage equality, Bermuda, a small island nestled in the Atlantic, takes a large step back. The island legalized gay marriage in May 2017 after a long legal battle in the court system – but the fight for marriage equality was far from over, as the majority of Bermudians strongly opposed its legalization. In February of 2018, Bermuda became the first jurisdiction in the world to repeal gay marriage.

On May 6th, Bermudian Winston Godwin and his Canadian fiancé, Greg DeRoche, had won the right to marry after taking their case to the Supreme Court.  Judge Charles-Etta Simmons ruled in favour of the couple, stating that:

“The common law definition of marriage, that marriage is the voluntary union for life of one man and one woman, and its reflection in the Marriage Act section 24 and the Matrimonial Clauses Act section 15 (c) are inconsistent with the provisions of the Human Rights Act as they constitute deliberate different treatment on the basis of sexual orientation.”

The long legal battle was not without fruit, and brought marriage equality to the island.

Unfortunately, the legalization of same sex marriage in Bermuda was short lived. In February 2018, Bermuda Governor John Rankin signed a bill that reversed the Supreme Court’s ruling on same sex marriage, replacing the marriage status of same sex couples with domestic partnerships. Walton Brown, Bermuda’s Minister of Home Affairs, subsequently stated that the act is intended to strike a “fair balance between two currently irreconcilable groups in Bermuda”. The Domestic Partnership Act provides legal recognition to same-sex couples and affords them the same rights. That being said, the act will continue to recognize the half dozen marriages that took place in the nine-month time span.

Although Bermuda is reputed as a very welcoming and friendly island, its pervasive underlying homophobia and bigotry persist. In June 2016, the island held a referendum where citizens were asked if they voted in favour of same sex marriage and/or in favour of same sex civil unions. The results showed that only 46.89% of the population had participated in the referendum, preventing the outcome from being legally binding. 69% of citizens rejected gay marriage, while 63% opposed same sex civil unions. Homophobic campaigning from the active organization Preserve Marriage and Bermuda’s deep seeded religious conservatism both had significant impacts on the result of the failed referendum and the repeal.

The repeal was spearheaded by Bermuda’s newly-elected Progressive Labour Party, a more socially conservative party compared to the opposition One Bermuda Alliance (OBA). Michael H. Dunkley, the OBA leader and premier at the time of the same sex marriage legalization, notes that the “repeal was done by the PLP Government and in my view pandering to a base of voters behind the times”. Furthermore, OBA MP Jeffery Baron noted that,

“A bigger picture view would also show the effectiveness of religious pressure groups who caused the PLP’s stance – based on voting potential. The PLP’s election platform made it clear that rights to LGBT members would be legally afforded but not marriage, and that people’s rights were traded off for votes. It’s that simple”.

The current premier, David Burt, has stated that gay marriage is “culturally unacceptable” and that “the people of this country do not want it”. Does this premier stand for the marginalized members of the LGBTQ community? Evidently, no. In circumstances concerning minority rights there is often a tyranny of the majority, where the majority of the electorate pursues their own interests at the expense of minorities. In situations where the masses can not recognize the value in minority rights, they will often be overlooked and oppressed – a situation that is well-exemplified by Bermuda’s same-sex marriage repeal. The negligence of minority sentiments is reflected by gay marriage opponent and Senate leader Kathy Lynn Simmons, who stated, “We have a bill that gives rights to the minority; it also protects the interests of the majority.” This mentality of catering to the majority limits the possibility for a more inclusive society and creates an atmosphere where Bermuda’s small LGBTQ community is “afraid of saying what they really feel” (Dunkley). The implications of such disregard on behalf of politicians silences minorities. A responsible government cannot overlook some of the most vulnerable segments of its population.

The Rainbow Alliance, an LGBTQ advocacy group in Bermuda, stated that it was “disappointed but unsurprised at the passing of the Domestic Partnership Act“, highlighting that the “legislation creates a ‘watered down’ version of rights, leading to a separate-but-equal status under the law.” Disconsolate sentiments were also expressed by Godwin and DeRoche, who were “not surprised” by the repeal but still disheartened “after spending so much time and effort fighting”. The couple tells MIR that “this bill isn’t just stripping a right away; it tells the LGBT community that they don’t deserve what the majority has.” The Domestic Partnership Act is a testament that the government is willing to compromise the rights of minorities, something that should never occur. A dependable and democratic government does not repeal gay marriage nine months after it is legalized.

The Domestic Partnership Act has landed Bermuda into heavy but warranted international criticism. Ty Cobb, director of Human Rights Campaign Global, stated that, “Governor Rankin and the Bermuda parliament have shamefully made Bermuda the first national territory in the world to repeal marriage equality”. There were many challenges and lobbying efforts from the United Kingdom in order to prevent the abolishing of same-sex marriage. Although Bermuda is an overseas British territory, it maintains the right to determine its own democratic legislation through national structures. British Prime Minister Theresa May said she was “seriously disappointed” by Bermuda’s repeal of same-sex marriage, but acknowledged Bermuda’s right to “democratic self government“. Furthermore, this undermines the UK’s role as an advocate for equal rights for LGBTQ persons. If the UK cannot hold its territory accountable to a respectable standard in maintaining equality of civil rights, what significant influence can it have on other countries?

February 8th, 2018 was a desolate day for Bermuda. The dark overcast of the same-sex marriage repeal diminished the island’s genial nature. Neither personal religious beliefs of politicians nor appeals to voters to should dictate the civil rights of LGBTQ citizens. This historic yet infamous repeal by Bermuda is a harrowing reminder that, even when founded on legality, equality can be stripped away. As one of the most wealthy, developed, and morally-upholding nations in the world, Bermuda is better –or should be better — than this same-sex marriage repeal.