Bernie – A Candidate for the Working People 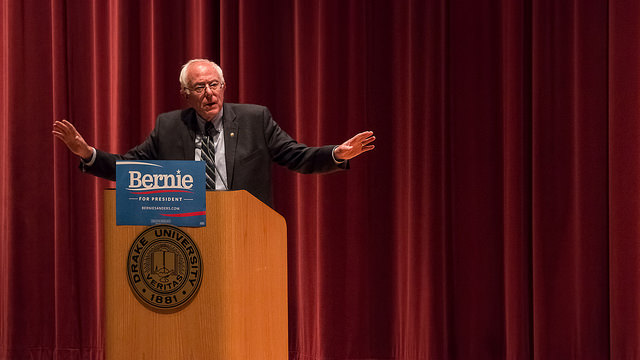 Tonight, Americans, Democrat and Republican, will get a better idea of who will represent them come November as Iowans go to the polls to pick who their preferred candidate will be for President of the United States. For the Democrats, it is fiercely close with Bernie leading Hillary by only 3 points (with a 3.2 perc 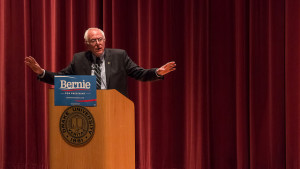 ent margin of error) according to a CNN poll, a nail biter if there ever was one. I will spare you the actual mechanics behind the caucuses because I am still not 100 % certain how they work. And as much as Iowa will perhaps give us a better idea of who might become president, it is still important to note that Iowa is still not extremely representative of the United States being the 30th most populated state in the union and over 90% White.

Let it be no surprise WOTW supports presidential candidate Bernie Sanders for the democratic nomination (#FeeltheBern). There are several reasons that become clear when looking at his 12-point economic plan (which you can find here). In it there are five points which directly speak to workers and more importantly for the sake of this blog one point which explicitly mentions unions, more specifically growing the trade union movement. Bernie Sanders seems to be the only candidate that realizes that unions are under attack in the United States and for that he has my salute. Though there is not much description on his website about the points, the five aformentioned points are still five solid committements (one of which I already mentioned). And even if there is not much description on the website, it is certain that Senator Sanders has spoken about either of these points at length at one time during the campaign or throughout his long career as a senator.

The other four points which directly pertain to workers are: raising of the minimum wage (no specific number given but he has already advocated for the Fight for 15 campaign), creating worker-co-ops, pay equity for women and trade policies that benefit American workers asking American corporations to keep jobs in the US rather than ship them abroad. I would also imagine that that last point would be an affront to the controversial TPP, which as you all know from my previous posts, it is something I am not particularly fond of.

To contrast these points with Hillary Clinton’s, their platforms in regards to workers are relatively similar in some regards (here is Hillary’s economic platform). Both want to raise minimum wage (Hillary gives a concrete figure–12$) and both want to create plans where workers benefit more justly than they 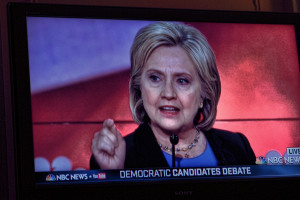 do now. Hillary’s plans to attempt to redistribute the corporate wealth, although noble, comes mostly in the form of tax relief for families and tax credits for corporations and this leaves me a bit skeptical.

Two other points which Bernie addresses that Hillary does not on her page, are the pay equity gap (she does mention this but very very briefly) and any mention of the trade union movement or union movement at all. These are two extremely large things to leave out when talking about the economy and its injustices. The wage gap between men and women is one of the greatest economic injustices that faces almost every country, so it leaves me a little bewildered that she barely bothers to mention it on her page. It is also especially odd seeing as she often paints herself as a champion on the issue of women’s rights. However some sources would say that that too is false as it was reported that she was no better, paying women in her office 72% of what a man makes.

Another point about Hillary’s plan that irks me is that there is not even one mention of the trade union movement on her page. Unions are essential to workers protection but don’t make the cut for Hillary apparently and why would they? Clinton was a board member for Wal-Mart during the late 80s and early 90s when they waged rampant wars against unions. She has since distanced herself for political expediency but still remains close with top executives. Perhaps this is the largest reason that Hillary continues to lose support–her penchant for political expediency.

Both it seems are trying to craft a message that resonates with people as well as workers but Bernie’s message is more powerful and direct addressing real and relevant problems while Hillary rather than wanting to change the actual system and pass meaningful reform is simply throwing tax credits to the average worker and their families. But however it goes down, it’ll be a close one. So tune in tonight to catch the results.