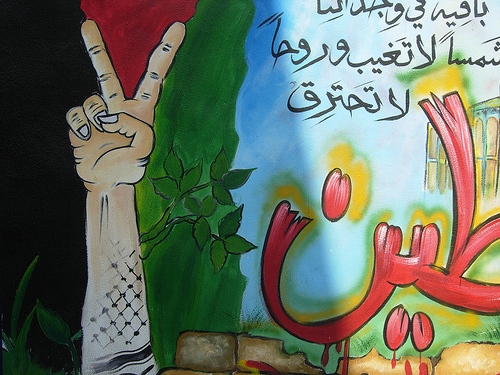 Teaching English or French abroad, particularly in the Middle East’s more impoverished or marginalized areas, has increasingly become a “status-quo” summer internship for many students. Students and young professionals are drawn into such teaching programs by organizations’ “labor of love” rhetoric that emphasizes the basic values fundamental to liberal social attitudes: empowerment, dialogue, participation… the list of “feel good” terms goes on. Having taught English in a refugee camp in southern Lebanon, I came to realize the consequences and hypocrisy of “labor of love” organizations (henceforth, LLOs) and their rhetoric. My following academic-anthropological reflections aim to caution those seeking to participate in LLO programs and initiate a dialogue with prospective volunteers: is your volunteerism motivated by altruism, or does it essentially satisfy the “status-quo” of your disciplinary field?

My argument that education is a system of oppression is controversial. I believe that humanitarian education, administered through “Labor of Love” Organizations (LLOs), risks socializing Palestinian refugees in Lebanon into those very systems of educational, social, and legal oppression which such organizations repeatedly vow to eradicate but inadvertently legitimize. Contemporary development literature has often criticized United Nations agencies and Non-Governmental Organizations for similar claims[1], but a small gap emerges in academia for critical analysis of LLO activities, their implications for development projects, and their consequences for refugee populations. The authors that are critical of these organizations focus on their budgetary discrepancies and economic pressures.[2] In order to suggest that LLO programs risk exacerbating refugee struggles in Lebanon, and rather than reviewing financial issue-areas, this series turns to the operational rhetoric of the “Labor of Love” Organizations, for example its insistence on “empowering” refugee youth; engaging in “partnerships” with local organizations; and encouraging “participation” between benefactor (foreign) and beneficiary (refugee) throughout LLO programs.

I therefore base my contentious claim on existing academic sources and personal experience. For two months of the summer of 2013, I worked as a Coordinator in Tyre (Lebanon) with an international organization in southern Lebanon; to avoid directly assigning blame, I prefer to call this organization “REACH” (the organization with which I volunteered had a similar “empowering” name). Believing that volunteering in this refugee camp (henceforth, mukhayyam or quarter) would broaden my understanding of the plight of Lebanese-Palestinian populations, I chose this program because of its deep commitment to empowering refugee youth through education. As Coordinator, I was tasked with planning activities with other foreign, volunteer-based organizations, for example, implementing a community outreach, quarter-wide Dental Hygiene Project (DHP), and attending bi-weekly Teacher Training Sessions (TTS). I also taught an Advanced English course. Despite my initial enthusiasm, I gradually realized that the work with which I was involved, and which I had agreed to supervise, carried significant consequences for refugee children and young adults, as well as the refugee community as a whole. After exiting Lebanon, I could not dispel the notion that I had been indoctrinated into the culture of the “labor of love,” whose rhetoric provided me with a false sense of morality and importance; this realization spurred my interest in the consequences of LLO programs and practices.

The implications of the following discussion are as provocative my claim. Criticizing philanthropic work is taboo. Identifying possible ethical discrepancies in LLO programs is no less awkward. Few refugees consider the possibility that LLOs engage in unprincipled work because the former are in positions of neediness whose hardships are attenuated by LLO assistance.[3] Few volunteers in LLOs, let alone their leadership, will admit that humanitarian education programs might exacerbate systems of oppression; this concession is self-incriminating. Volunteers and refugees adopt the utilitarian approach, disregarding problematic methods and prioritizing LLOs’ commitment to the Cause (the Palestinian nationalist agenda) and the organizations’ local popularity (measured through demand for programs). Counter to the claim, “the end justifies the means,” I prefer to argue mind(set) is more important than matter. Because of this and of the aforementioned academic omission of critical analysis, the following discussion in effect speaks for the “silent majority,” the beneficiaries of LLO programs, against the general taboo of criticizing “the hand that feeds.”

This four-part series begins with rudimentary definitions to lay a foundation for an analysis and deconstruction of the “Labor of Love” rhetoric, which clarifies the implications of “empowerment,” “partnership,” and “dialogue” for development programs and their refugee beneficiaries. While “empowerment” suggests that teachers are at the service of their pupils, and “partnership” and “cooperation” indicate conditions of equality between two actors, these terms carry asymmetrical power implications that risk socializing refugees into accepting their current, marginalized positions in Lebanese society. Through this socialization, LLOs inadvertently legitimize systems of oppression, the most prominent being permit requirements, the Brevet exam, and the “camps” themselves. The existence of these systems then authenticates the need for LLO programs to counter the formers’ discrimination. Supplemented by academic literature, my experiences as Coordinator with REACH demonstrates how well-intentioned LLO programs may produce adverse psychological effects: “empowerment” English programs threaten to affirm systems of oppression; “partnership” in DHP espouse Paternalistic traits; and “participation” in TTS imply monistic approaches that threaten to legitimize asymmetrical cultural power differences.

The “Labor of Love” Organization

Distinct from United Nations agencies and Non-Governmental Organizations is the “Labor of Love” Organization (LLO). I rely on my experience with REACH and on my dealings with similar groups to define this term. An LLO is a non-incorporated, international organization that relies on a network of western-recruited volunteers to staff humanitarian education (see below) projects in developing countries or areas. LLOs are seasonal groups that attract high school and college graduates as well as college students. LLO leadership is composed of young professionals with little experience in on-the-ground development work and little knowledge of ethical dilemmas tied to working with refugees; to their merit, the leadership’s enthusiasm for the Cause and dedication to activism is remarkable. Most, including REACH, describe their activities as “labor of love,” meaning that volunteers are not compensated for their work but travel across continents in response to a “duty to care” or similar humanitarian impulse.

Secondly, the humanitarian education of LLOs is premised on the principle that like medical assistance, education is an urgent and necessary service; further local populations need assistance in implementing this service. LLOs feel a pressure to survive, a necessity to authenticate their programs and legitimize their presence in refugee quarters—especially because such organizations “in general are not self-sustaining” and are susceptible to perceptions of ethicality from the press, home public, other organizations, and volunteers themselves.[5] Thus, calling out locals’ incapacities or shortcomings, and identifying urgency and necessity for humanitarian education programs legitimizes LLO projects.

Wren argues that “to join a struggle for justice on a particular issue means taking sides and working with some people against others”.[7] The mandates of LLO’s like REACH, in citing the awfulness of oppressive measures in refugee host countries, stress the need for partnership in humanitarian education programs in opposition to established systems of oppression like the Brevet: the core principle is inherently partial to Palestinian refugees.[8] The bias is deeper, however, as REACH provides services to Palestinian youth only rather than to all marginalized Lebanese youth struggling with Brevet preparations. “Available to everyone for service,” humanitarian action is by definition impartial: it refers to “the alleviation of human suffering through care and assistance by independent and impartial agents.”[9] This precludes the classification of REACH’s work as “humanitarian.” “Social work” describes LLO activities best.

Because LLO programs are partial and non-vital to the security of their beneficiaries, LLOs like REACH fear that their classification as non-humanitarian threatens to delegitimize their operations. However, “social work” is just as important as its humanitarian counterpart since it aims to reconstruct civil society during or after conflict. Social work “promotes social change, problem solving in human relationships and the empowerment and liberation of people… [It] addresses barriers, inequalities and injustices that exist in society.” Social work projects rely on the demand of its “service users” as well as their feedback on “organic, creative, and politically informed and trusted” projects. In addition, social workers often lack official credentials, such as teaching licenses or language skills, which place LLO programs “outside the formal, regulated fields of practice.”[10]  This reinforces the distinction between UN agencies or NGOs and LLOs, as the first two hiring specialized professionals while the latter rely on students or recent graduates. REACH’s commitment to addressing and countering oppressive legal and social mechanisms, its recruitment of untrained volunteers, its use of “labor of love” rhetoric, and its promulgation of trusted projects allow REACH to be considered an LLO of social-work character. However, this definition is temporary, weak at best, because REACH’s rhetoric can also unintentionally contribute and legitimize those same systems of oppression.

Although socialization is a term employed by academics across disciplines, it does retain a core significance useful for understanding the consequences of LLO programs’ rhetoric. Socialization is a process of repeated interaction between two sets of actors during which an individual or group “learns to function within a particular society or group by internalizing its values and norms.” Peters maintains that socialization allows individuals to form their “personality.”[11] Chan adds the element of time in defining socialization as “a system of shared values and understandings that is passed from one generation…to the next.”[12]  Socialization also entails conceptions of authority: “socialization is conceived as the process through which a novice learns the skills, knowledge, and values necessary to become a competent member of an organization.”[13] By connecting “novice” and “competent member” to “process” and “necessary,” Chan argues that socialization implies an asymmetrical power relationship. While LLOs refuse to consider whether their humanitarian education programs risk socializing refugees into accepting roles of subservience in systems of oppression in contemporary Lebanon, these organizations must nevertheless ponder the implications and unintentional outcomes of their programs.

The second part of this series will detail three systems of oppression in Contemporary Lebanon before deconstructing the rhetoric of the “Labor of Love” Organization.

[5] Roy H. Williams, “Rules of Engagement: An Examination of Relationships and Expectations in the Delivery of Humanitarian Assistance,” in Basics of International Humanitarian Missions. ed. Kevin M. Cahill (New York: Fordham University Press and The Center for International Health and Cooperation, 2003).

Segolene is a U3 student completing an Honours BA in Middle Eastern Studies with a Minor concentration in Political Science at McGill University.