Beyond the QAnon Shaman: The Disturbing Relationship Between New Age and Far Right Movements 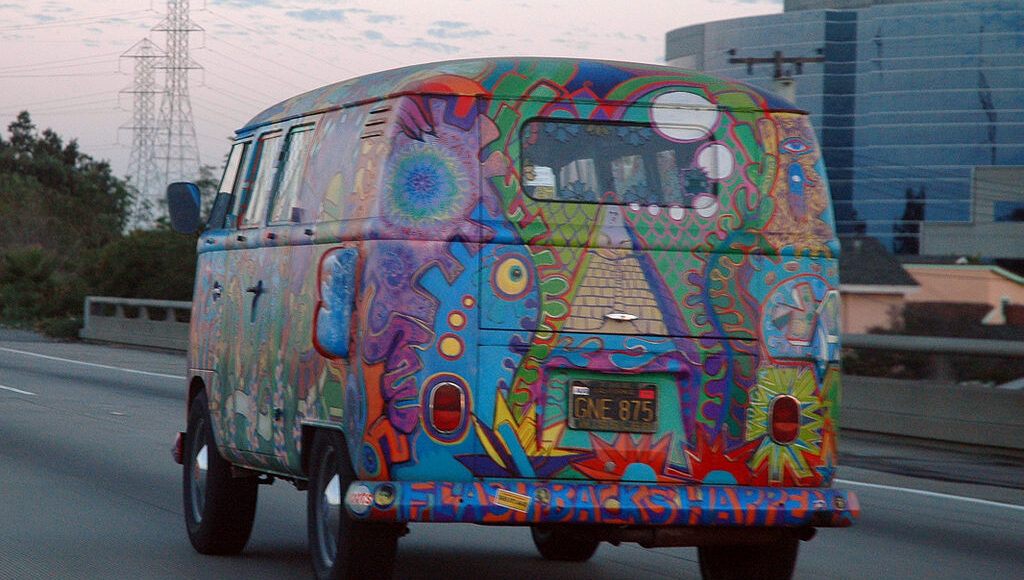 Since the onset of the COVID-19 pandemic, we have witnessed a proliferation of conspiracy theories. While it may seem peculiar, this recent rise in conspiratorial thinking follows a historically significant trend: conspiracy theories often take hold during periods of societal crisis, such as wars, economic crashes, and pandemics. Massive social upheaval can lead people to question the legitimacy, efficacy, and efficiency of institutions of power. Moreover, psychological literature suggests that conspiracy theories speak to those who, driven by uncertainty and existential dread, are desperately attempting to make sense of their newfound situation. Convenient narratives, like conspiracies, help people find meaning in inexplicable and frightening predicaments.

Arguably, the most prolific theory that has arisen during the COVID-19 crisis is QAnon. This far-right conspiracy theory proposes that US President Trump is battling a secretive cabal of satanic, pedophilic, Democratic elites. QAnon followers claim to be receiving their information and marching orders from an anonymous, high-ranking government insider named Q. For some inexplicable reason, Q spends his off-time making cryptic drops on message boards like 4Chan. While the theory is absurd, the mainstreaming of QAnon cannot be ignored. By twisting its narratives to fit with the philosophies of other subcultures, and by tying its ideas to broader explanations of the pandemic, QAnon has rebranded itself, moving beyond obscure message boards and evolving into a cultural movement. What was once an alt-right, thinly veiled anti-Semitic conspiracy on the outskirts of the internet has now become a topic of national debate. But how did this happen?

Though it may seem an odd pairing, one of the subcultures targeted by QAnon is the New Age movement, a usually apolitical group generally interested in the pursuit of spiritual enlightenment through various ancient and occult practices. This mostly metaphysical movement focuses on striving towards an “age of light” and connection to cosmic powers. Over the past summer, however, QAnon lore rapidly spread into its current ranks, largely through the hashtag #savethechildren; the conspiracy group co-opted the legitimate issue of child trafficking as an entry point to QAnon. Virtually overnight, prominent New Age influencers started posting QAnon disinformation.

The targeting of the New Age community by these far-right agitators was clearly deliberate. QAnon followers utilized specialized rhetoric, such as the terms “awakening” and “lightworker,” packaged within popular New Age Instagram aesthetics. But why target them? It would seem that those who practice Kundalini yoga and have a subscription to Gaia would not be the likely adherents to a far-right conspiracy theory. However, by examining other societal crisis points in history, we see a disturbing yet consistent relationship between spiritual truth-seekers and right-wing extremists.

Germany experienced such a crisis in the years after World War I. In order to prevent further conflict, the Treaty of Versailles placed economic restrictions on the country. As the war’s instigator, Germany was required to pay steep reparations for war damages. To repay this debt, the country began to print money, leading to hyperinflation and shortages. Shortly after, the market crash of 1929 worsened the situation. By 1932, two-fifths of the German workforce was unemployed. This decade of economic hardship encouraged many to begin questioning institutions; not only did some frightened Germans turn to New Age philosophies but many were also ripened for exploitation by the Nazi Party.

The Nazi Party initially downplayed the extremity of its anti-Semitic intentions; in order to get its foot in the political door, it focused instead on the economic crisis. Once the party achieved power and wished to begin selling anti-Semitic bile, Nazis sought out a populist foothold. They noted that a significant portion of the German population had turned towards the occult during the economic crisis: practices such as clairvoyance and holistic health had become commonplace and comforting. In fact, one of Nazism’s early supporters was the “apolitical” Thule Society, an occultist group known for promoting esoteric myths about a supposedly superior “Ayran race.”

While individual high-ranking Nazis ranged from believers to skeptics, there was a uniform consensus regarding the value of appropriating occultist imagery for political gain. Nazis began to spin mythical and spiritual imagery to demonize their enemies, casting various non-Aryan groups as both overpowering monsters and poisons that prevented the rise of an enlightened Germany. As historian Eric Kurlander notes, weaponizing spiritual rhetoric allowed the Nazi Party to justify genocide as a battle of cosmic proportions.

Perhaps the most prominent historical rise of New Age beliefs, however, has been the hippie movement. This too was born out of a societal inflection point. In the 1960s, young Americans were growing up under the looming threat of the Cold War, feeling understandably anxious and disenchanted with their government. The Vietnam War brought these tensions to a head; millions of young people were drafted into what they deemed an immoral venture. The government’s jingoism led many to question whether existing institutions of power were truly purveyors of justice and why Americans could not lead lives based on love, connection, and peace — soon, the Hippies were born.

The hippie movement, while a bastion of progressivism, was not insulated from the far right. In the mid-1960s, Charles Manson, a reintegrated convict and bitter white supremacist, spoke of his belief in an imminent, apocalyptic race war. He had little interest in the hippie movement, but he sensed its exploitable vulnerability. He recognized that hippies sought to tear down institutional structures, yet they had little more than platitudes with which to replace them. Manson capitalized on this by draping his racist beliefs in the fabric of the counterculture. He managed to isolate many young hippie drifters who were susceptible to the appeal of a charismatic figurehead speaking their language. After thus luring his followers, he was able to psychologically manipulate them into murderous actions in the name of his far-right vision.

The question still remains: what is it about the New Age subculture that opens it up to be the consistent target of dangerous individuals so seemingly unlike its believers? The answer lies within their shared critique of society. Both right-wing ideologues and members of New Age groups believe that modern society has lost its way. The modern world feels meaningless and disempowering, lacking strict definitions of how one should live one’s life. In times of crisis, these beliefs are magnified, and the fraudulence of our institutions is exposed. This creates an existential angst from which any convincingly-argued belief system can offer a seductive escape. This is especially true if the belief system harkens back to a traditional “Golden Age” free of this existential vacuum and the anxieties of modernity.

The thought that we can climb a spiritual hierarchy by following a path of ancient wisdom to become enlightened is tempting. However, this deep desire for life to be some sort of mythical quest can be easily manipulated by fascists, who can manufacture a cosmic enemy responsible for current suffering. In doing so, they appropriate the vague language of apolitical spiritual groups and then offer a potent substitute for meaning: a violent, and often racially-tinged, ideology. The nexus between these movements can be truly frightening, embodied in its extreme iteration by individuals resembling the bare-chested, horn-sporting “QAnon Shaman,” who recently became the face of the Capitol riots in Washington DC.

This is not to say that New Age beliefs are misguided. Indeed, many preach gospels of love, acceptance, and individuation. They can provide a positive outlet for those seeking spiritual meaning outside the realm of traditional religiosity. However, these movements cannot continue to rest in lofty, vague language and still claim to be apolitical. Everything is political. If New Age advocates do not take ownership over exactly what they stand for, the overwhelming overlaps between New Age and fascism provide ample room for the ugly head of bigotry to take advantage of their followers.