The Biennial at Istanbul Modern: Lacking In Locality 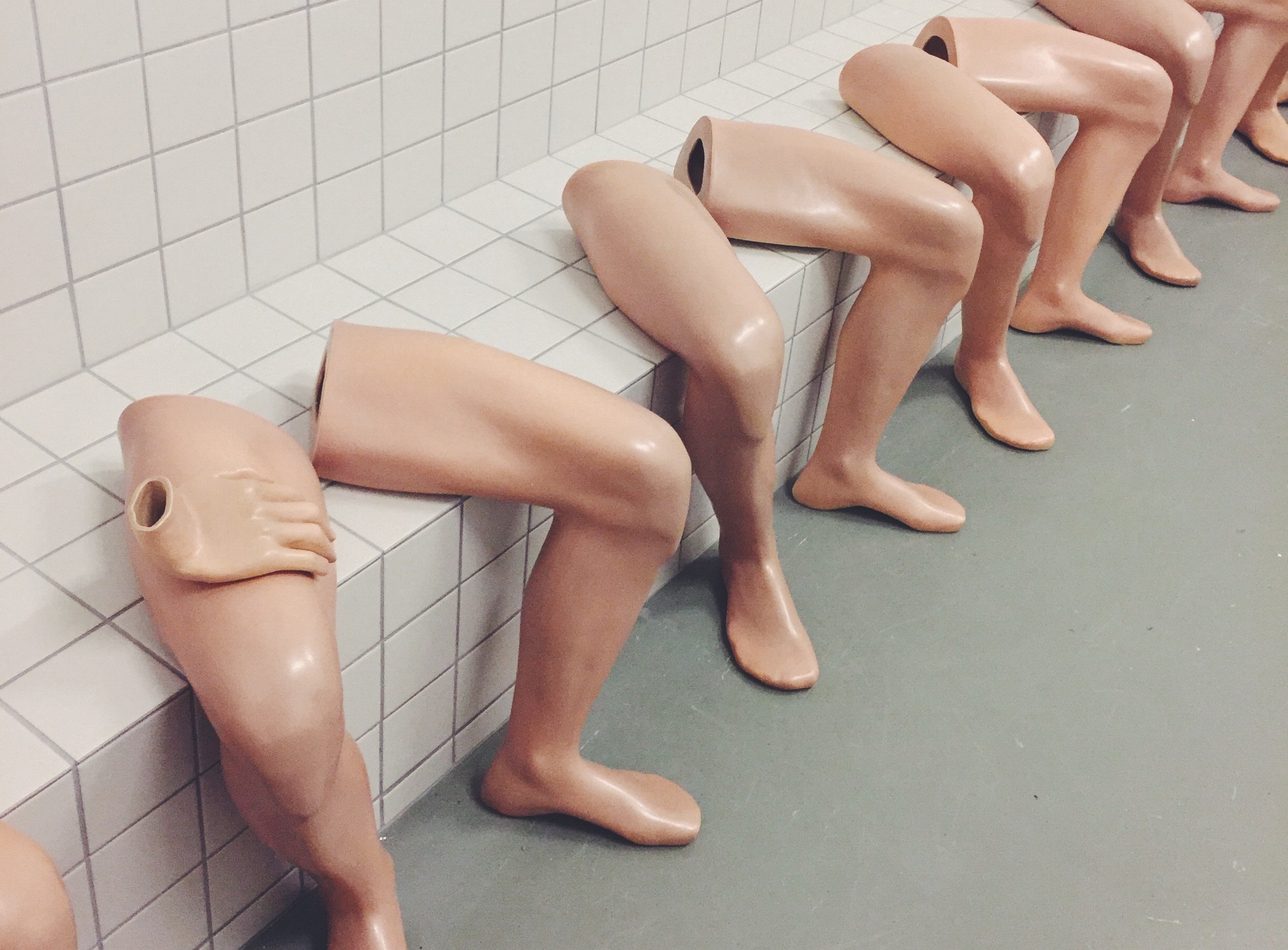 An exhibit from the Istanbul Biennial. Taken by Jasmine Lee.
Share

This weekend, I had the chance to go to one of Istanbul’s most prestigious art shows, the Istanbul Biennial, which is held at the Istanbul Modern. This year’s theme, “İyi bir komşu” (“A good neighbour”), gave artists a wide berth to play with both political and apolitical themes in their installations. The Biennial is held once every two years, this year running from September 16 to November 12. This special event is a popular one in the city, one where the public can experience respected talents in contemporary art for free. This year, the art is on display at various venues located mostly in the Beyoğlu neighbourhood.

There were numerous pieces that created strong statements on the harrowing effects of political turmoil on human lives in various parts of the world. One example is a piece called Cri by Algerian artist Adel Abdessemed, who made an ivory statue recreating the “Napalm Girl” photo taken in 1967 of a young girl fleeing a village in Vietnam that had been bombed. That being said, I was hard-pressed to find art that made any impressive commentary on political tensions within Turkey. Since the event is taking place over a year after the attempted coup on July 15, I had expected there to be a handful of works that took bold political stances regarding Turkish politics. The Biennial has been known to feature works like that in the past; at the 13th Istanbul Biennial, there were artists who tackled the issue of the destruction of Gezi Park, which was a contentious topic at the time. Given its history, this is perhaps why I found myself surprised by the lack of controversial Turkish subject matter in this year’s exhibition.

One piece that stood out at the exhibit is Crowd Fade by the Moroccan-French artist Latifa Echakhch (seen in video below). Crowd Fade consists of a narrow walkway with two concrete walls painted with murals on each side. According to an article from The Guardian, this work is meant to represent the protests that occurred at Gezi Park in 2013. Just beneath the murals on the ground lay crumbled fragments symbolizing the decay and sad demise of democratic protest. In this context, the nationwide displays of defiance against the government in 2013 have fizzled away, leaving little hope for the success of the state’s democratic transition. Interestingly enough, these details were not included in the artist statement provided at the exhibit (seen left; click to zoom in). This is not a definitive statement, but I surmise that this was purposely done to prevent any blatant controversy with the Turkish government. According to the curators, there was no government interference or censorship involved in the production of the event, although it is within their power to step in if they believe any of the works go out of line.

While the 15th Istanbul Biennial was by no means meagre in its political content, there was a lack of locality in the featured artwork. This is perhaps indicative of curators taking a more cautious approach to the production of exhibitions in Istanbul, which raises questions about the future of art in Turkey.