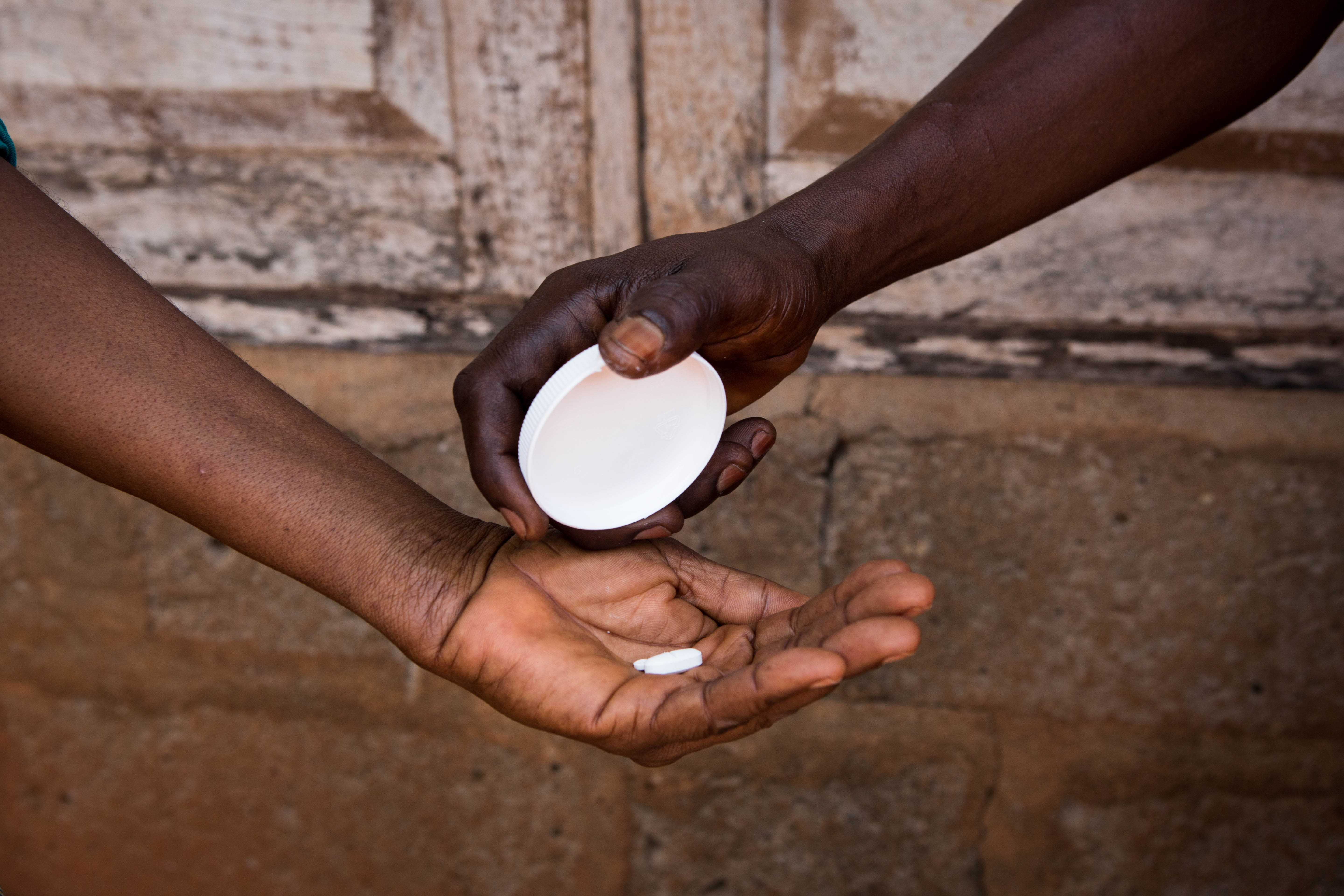 In 2008, mothers of teething infants visited their local Nigerian pharmacies to purchase some medicine to ease their child’s pain. Shortly after, 84 of those children passed away in a scandal that dominated international news headlines. The deaths, it was soon announced, had resulted from engine coolant found in a medicine called  ‘My Pikin Baby Teething Mixture’. This tragic event spurred rigorous investigation and policy amendments in Nigeria, causing the levels of counterfeit drugs in Nigeria to decrease from 19.6 percent in 2012 to 3.2 percent in 2015. Nine years later, however, the proliferation of counterfeit medicine has hit another spike. Recent studies suggest that 10 percent to 30 percent of drugs sold in the open market are fake. As internet commerce grows, counterfeit technology advances, and trade networks complexify it is apparent this $1 trillion industry is becoming increasingly difficult to control worldwide. This is felt none more so than in developing countries, whose lack of infrastructure and internal instability make them easy target markets for fake drugs.

The counterfeit drug crisis is undoubtedly powerful — but the magnitude and scope of its impact are relatively unpredictable given the lack of available data. Counterfeit drugs, according to the World Health Organization (WHO), include those with “incorrect ingredients, wrongly stated amount of active ingredients, or can be manufactured under circumstances that lack quality control.” Drugs that are ineffective, but not poisonous, make it challenging to estimate just how many counterfeits circulate in Nigeria’s market, as non-counterfeit medications may not have the highest success rate in the first place. A study by Nigeria’s Agency for Food and Drug Administration and Control (NAFDAC) revealed that 74 percent of Nigerians were aware that fake drugs were prevalent. But those who didn’t have extreme reactions to a medication “didn’t know” if they had consumed fake drugs, or if a case of ineffectiveness instead reflected the strength of their illness. A large portion of counterfeit estimates are thus determined by drug seizures—and NAFDAC seized ₦12 billion worth of counterfeit drugs last year alone.

Regulating fake drugs is especially difficult in countries like Nigeria, where 70 percent of medication is imported. The asymmetric bargaining power held by China, their largest supplier, is heightened by Nigeria’s dependence on China for aid and trade at large. Furthermore, as a coastal country, Nigeria faces inherent risks of overseas trafficking; and corrupt law enforcement personnel and illiteracy among border staff render Nigeria particularly vulnerable. Nigeria’s informal economy, accounting for 65 percent of its GDP, presents another obstacle in regulating the drugs after they have entered the country. This complex system is relatively unstudied, meaning that the chaotic distribution channels that fake drugs pass through are unknown as well. Such systemic issues may indicate that a national policy prescription improving Nigeria’s medical system, reducing illiteracy, and conducting a comprehensive analysis of Nigeria’s informal economy, is required. These admittedly idealistic—yet imperative— goals must be addressed, but can only take place over the long-term, and would undoubtedly mitigate more problems than that of counterfeit drugs. In the meantime, however, local solutions from students and entrepreneurs alike have saved countless lives from fake drugs through mobile technologies. In the short-term, this is vital. The root of the problem is located outside of Nigeria itself, though, and a sustainable solution will only be found when the international community recognizes their responsibility in fighting this emergency. It seems like an obvious enough solution — but not when it is more profitable for developed countries to cozy up to Big Pharma companies, who have also been accused of purposefully selling ineffective and poisonous drugs, and of whom can actually benefit from lax regulations surrounding counterfeit drugs.

The fight against counterfeit drugs requires an international solution, but countries are reluctant to take the first step. The WHO, which could potentially make a considerable impact, is even more reluctant to ask them. Despite the many conferences held and reports released, WHO has not yet separated the “public health issue of falsified drugs from the counterfeit concerns of manufacturers”. Counterfeits are still labelled “substandard, spurious, falsely labelled, falsified and counterfeit” (SSFC) by WHO. Amir Attaran, a professor of law and medicine at the University of Ottawa, says, however, that the distinction between counterfeit and falsified drugs isn’t as slight as it seems. “Pharma companies, at least dirty ones,” Attaran said, “have tried to expand the fight against falsified drugs to protect their intellectual properties.” Attaran believes that the leniency of developed countries in combating this epidemic is because they do not want to alienate Big Pharma. An Oxfam study supports Attaran’s point. Instead of increasing regulation and investigating fake drug companies, it reports, the WHO aims to “strengthen the patent system.” This allows large pharmaceutical companies to sell their medications at exorbitantly high prices—as they often also purchase the drug manufacturing companies—for longer, while developing countries lose vital access to cheap generic drugs.

Tellingly, policy prescriptions for dealing with the proliferation of counterfeit drugs rarely highlight the need for international solutions. For instance, the World Economic Forum (WEF) identifies two groups who must work together to fight against fake drugs: the “local,” comprised of students, entrepreneurs, and researchers; and the ‘nationals,” including government officials and regulators. It condemns the latter group for ‘relying too heavily on international funds’ instead of focusing their efforts on local innovations, citing that as, surprisingly, a hindrance in the fight against fake drugs. While it is important not to undercut the local and life-saving solutions of African innovators, it is imperative that the responsibility held by the international community be recognized as well.

Despite these small advances, Simmons is also quick to point out that this is not predominantly Africa’s problem; these countries are just the ones most affected. 97 percent of fake drugs in Sub-Saharan Africa are, as a matter of fact, from international sources. “The scale of the trade is huge and what we’re doing is tiny compared to the size of the problem,” Simmons said, “tech start-ups can’t solve the problem by themselves.” Countries such as India and Brazil, where poor-quality pharmaceuticals play a large economic role, have been slow to increase regulations.

Simmon’s invention is part of the larger “mobile revolution” happening in Africa. From an app that tells farmers where they should plant their crops in the flood-torn regions of Niger, to the solar-powered cart that can charge 80 phones at a time, African inventors are making great strides to improve local situations and their economies at large. These innovations challenge the afropessimistic notion that Africa’s problems can only be solved with the help of Western NGOs. Such strategies simultaneously improve their country’s economy, save lives, and respect the agency of Africans.

Despite growing African innovation and strategy,  the core problem, however, remains an international one, rooted in the soil of developed countries and pharmaceutical monopolies. Until the relationship between these two groups is rendered transparent, and regulations are set in place at an international level, Nigeria —and Africa at large— will continue to bear the health consequences of another party’s greed.

This article has been edited by Shirley Wang