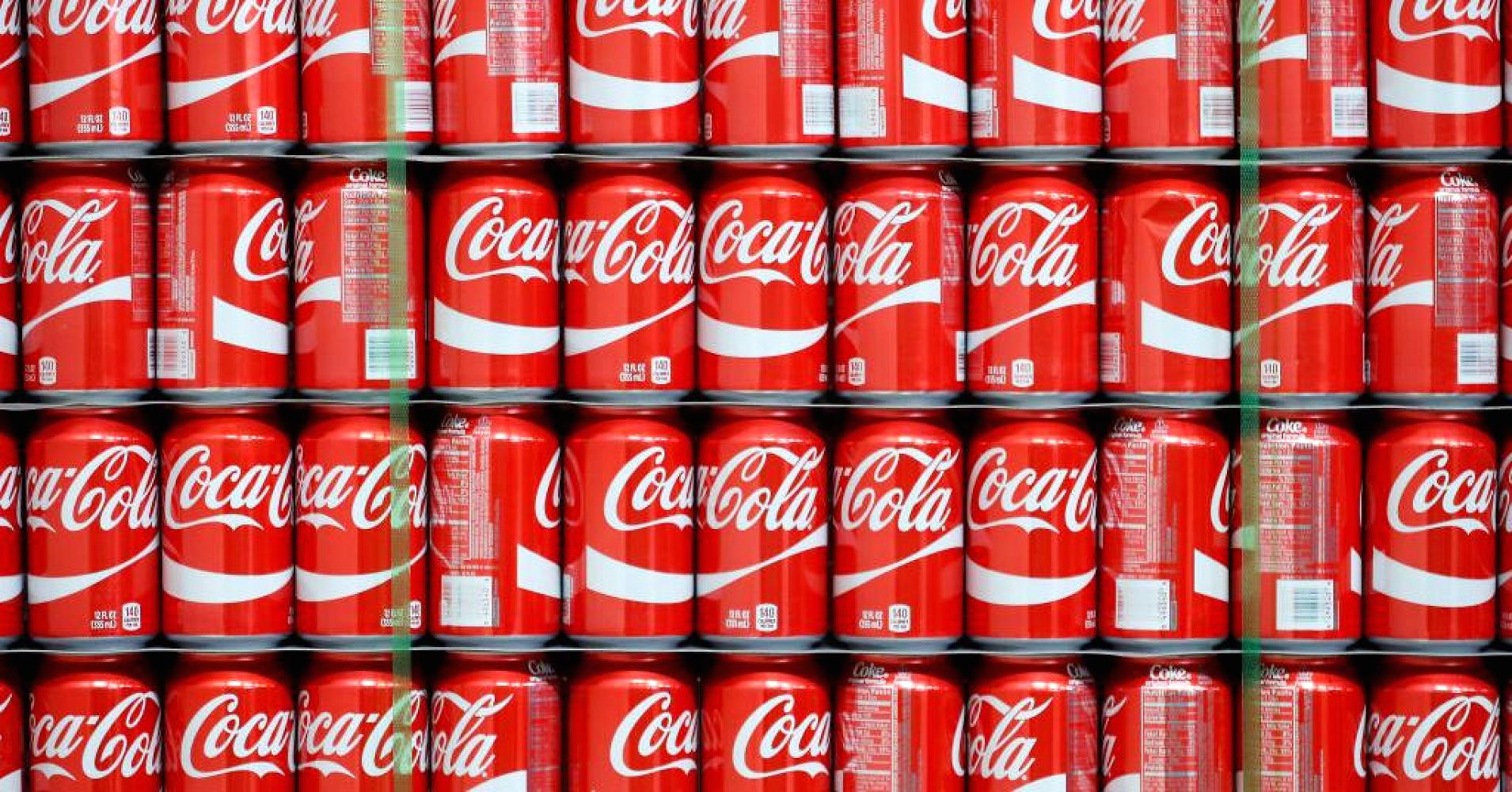 If anecdotal evidence means anything in the discussion of soda taxation, then one needn’t look any further than the history of the tobacco industry:

The twentieth century saw the tobacco industry at the zenith of its lobbying power – its political influence was comparable to that of the current National Rifle Association (NRA) or the petroleum industry. Almost 20 years ago in 1998, lobbying expenditures to Congress surpassed $72 million in the United States (US) alone, while in 2017, only $21.8 million was spent on lobbying. Over the decades, collective actions eventually helped chip away at Big Tobacco: studies emerged outlining causal links between smoking and lung cancer, bans on smoking in public venues became widespread, warning labels were printed on tobacco packaging, television and radio advertisements were banned, litigations were brought against tobacco producers for the harms and medical expenses induced by smoking, and states have introduced tax hikes on tobacco products.

The power of the tobacco industry has waned slowly. While smoking itself has decreased substantially over the past several decades, the prevalence of smoking in North America has not been completely eliminated: the health risks of tobacco were first officially recognized by the Surgeon General in 1964, yet an estimated 37.8 million adults in the US still smoke cigarettes today.

What causes this sort of public shift in smoking behaviour? How do we evaluate the efficacy of such interventions given the vast number of confounders that exist? There is no panacea for this situation. Indeed, it is likely a combination of all of the above actions taken by the state, not to mention the advertisements and education initiatives run by health advocacy groups, that led to Big Tobacco’s fall from grace. Designing interventions for populations of low socioeconomic status (SES) and younger adults also helped, given the higher rates of smoking in the former compared to the general population and the importance of preventing smoking initiation among adolescents in the latter. These efforts worked, but they also took decades to produce the effect we see today. Therefore, one should naturally be sceptical of the claims surrounding soda taxes and their purported role in sinking America’s obesity epidemic. But like those policies that helped fight against the dominance of tobacco, are they still a worthwhile effort?

Soda drinks (carbonated soft drinks) were introduced as a cheap and easy substitute to hard liquor and they vary greatly in ingredient; however, most consist of simple water, carbon dioxide, a staggering amount of sugar, juices, and other flavours. While carbonated soft drinks have been produced for centuries, soda, as we know it today, was marketed as quintessentially American (consider the sheer quantity that is sold there). Indeed, inventions such as soda fountains were immensely popular in the States, solidifying soda as a staple of the American way of life (Funderburg 2002). Companies such as Coca-Cola embodied this very idea. Invented in the late 19th century, the company has a long history ofsponsoring sporting events, distributing its drink to American soldiers through the United Service Organizations, and globalizing American culture through a process of cultural imperialism dubbed cocacolonization. To say they are merely a powerful lobbying giant in the North American ethos is an understatement. Like that of the tobacco industry, they carry an enormous weight in the American Beverage Association.

The Coca-Cola Company and PepsiCo dominate Big Soda today, and their lobbying tactics are similar to those of Big Tobacco in combatting anti-soda legislation. Ignoring the obvious environmental issues associated with bottles and cans used to package their drinks, Coke itself has given several million dollars to medical associations and academics, diverting valuable research from obesity, diabetes, and tooth decay, sometimes going so far as to directly fight the science on sugar. This should come as no surprise: money buys loyalty and silences critics (Nestle 2015). Moreover, the companies have repeatedly undermined public health initiatives targeting their products, marketing to minorities and children (Nestle 2015).

This all seems rather ominous, but it is a reassuring fact that soda production and consumption have fallen in the past two decades. Soda and other junk foods have been eliminated from school vending machines and cafeterias. Like actions against tobacco, these changes took decades: petitions to remove soda from schools began as early as the 1960s (Nestle 2015). Implementation of a tax on soda, if at all effective, will certainly not solve the obesity crisis overnight.

Soda taxes seem like a fad these days. In a few mere years, we have witnessed their application across several cities and states in the US, the United Kingdom (UK), Ireland, Portugal, France, Colombia, the Philippines, South Africa, and the United Arab Emirates (UAE). While their structure differs, the general theme of taxing drinks with added sugar remains. Beverage producers are (obviously) among those who oppose it, calling it a regressive tax and yet another example of the ever-growing nanny state. The World Health Organization (WHO) and other advocacy groups support it, claiming it as an effective way to combat obesity and type II diabetes as well as offset the “economic burden” that would be imposed by such chronic diseases.

Arguments have come forth that lower-income families will be more negatively impacted than consumers with higher incomes. Like smoking, soda consumption is more prevalent among individuals of low socioeconomic status (SES), and like smoking, the taxation of these goods only widens existing health equity gaps. Healthy foods aren’t exactly cheap. Soda, on the other hand, is, and though this fact may be twisted in favour of a soda tax (with the argument that it will encourage consumers to buy the healthier choice given equal prices), the reality is much more complex. The soda tax is founded upon the principle of the rational choice model of the consumer – which doesn’t always hold. People don’t drink soda because it’s cheap; they drink it for pleasure (much like smoking), and taxing soda only makes it inaccessible to a population already burdened by food insecurity and obesity. Low SES individuals living under the tax may look to other alternatives such as chocolate milk or fruit juice: the soda does not necessarily equate to a lower caloric intake and may lead people to substitute similarly unhealthy foods.

These concepts echo the ideas of price elasticity, the degree to which consumers alter their purchasing behaviour in response to a change in price. Mexico, a nation currently experiencing a massive obesity epidemic, implemented a sugar tax in 2014, after which soda sales fell by 12% the first year – this response appears to be sustained over time. They endured a bitter battle with Big Soda: Coca-Cola launched the Ponte al 100 program for advocating exercise as the primary solution for obesity, undermining existing research that has shown time and time again that diet is a far more important risk factor than physical activity. The execution isn’t always so successful, as in the case of Chicago. After only two months after the city’s soda tax went live, lawmakers in Illinois decided to repeal it, a huge blow to proponents of the movement. The reasons for this failure are numerous and complex, the result of a revenue-motivated program that was poorly implemented.

This example of failure in Chicago prompts questions as to what the soda tax aims to accomplish – is it a public health intervention or a source of revenue first and foremost? If it is the former, then why are equally sugary substitutes not also taxed? Many have called for expanding such taxation measures beyond just soda. Returning to the example set by Mexico again: although the efforts were targeted towards soda, taxes were also passed for all junk foods – “non-essential” foods that passed a specific calorie threshold. The effect was, just as with soda, a sustained decline in purchases in these food categories. Whether or not this will precipitate any major changes in the national obesity epidemic remains to be seen. However, it is a widely accepted view that targeting upstream determinants is a prudent approach to take when tackling public health problems. Chronic diseases like obesity are intractable and socially complex issues, yet to do nothing is perhaps worse: by avoiding political decisions on these matters, the responsibility is shifted to medical doctors and hospitals burdened by the consequences of these growing diseases.

These problems are not resolved easily. We can justify major interventions based on our knowledge of the harms of sugar, and we can also challenge regressive interventions that limit freedom of choice for our population. Perhaps the question we ought to ask is: what other option is there? The effects of soda taxation are critically dependent on the type of tax instituted. While advocacy works to an extent, should we be hammering out as many alternatives as possible, no matter how fraught the evidence, in hopes of hitting the target, or will we merely break the hammer and the five fingers grasping it? Diets are easily modifiable, and soda taxation is feasible. It is available. Even if the tax is regressive, can we afford to ignore the potential benefit posed by soda taxes on low-income populations, especially given that these groups are already at disproportionately higher risks of chronic diseases like diabetes and obesity?

Soda taxation is a promising tool for curbing obesity, but it is not a panacea. Like smoking, soda taxes may help reduce consumption, raise awareness, and shift cultural norms. Yet, what was once successful for combatting Big Tobacco may not be as successful against Big Soda: the two are different products, after all, and they occupy different roles in the public sphere. Introducing taxation may simply result in people spending a higher proportion of their income on the same drinks. But unlike smoking, we don’t need to completely eliminate soda to fight obesity, we need people to consume less sugar. The former might very well be solved by taxes; the latter is a different question entirely: it boils down to the question of changing risky behaviours in a large number of people, something that is always easier said than done.