Bill C-14: The Assisted Dying Bill and the Death of the Liberal Honeymoon 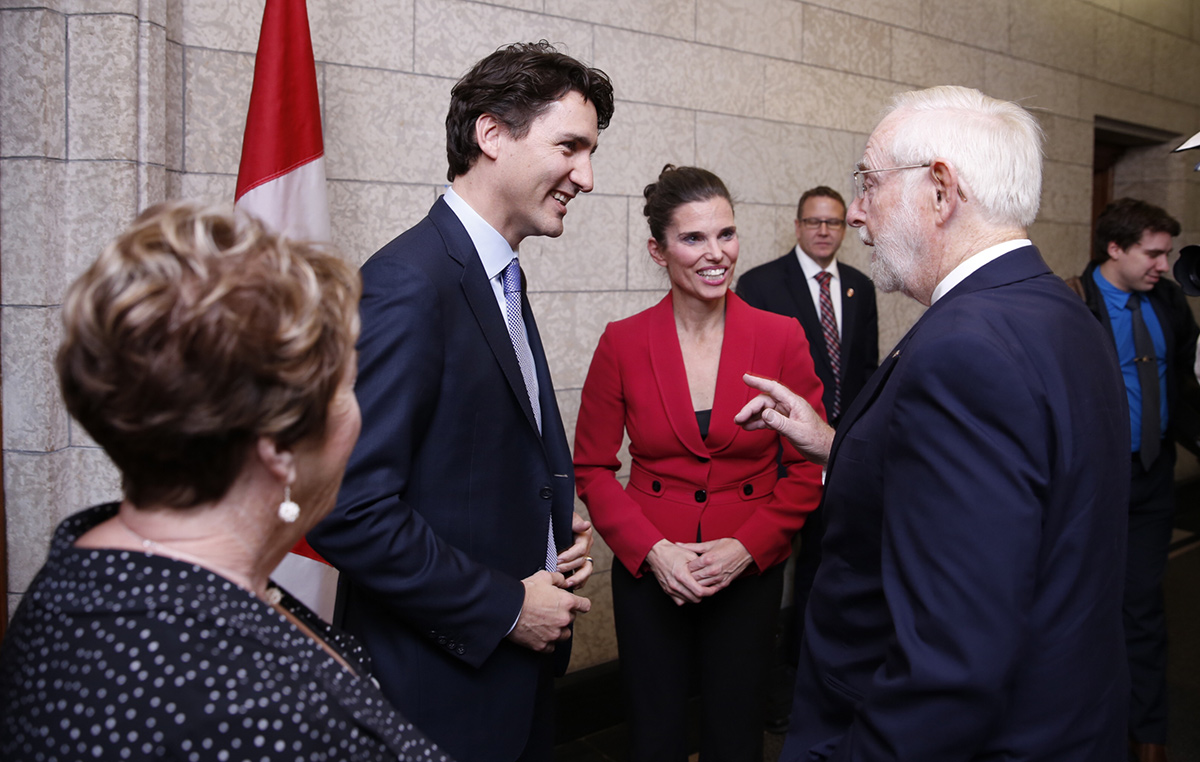 By now, most Canadian politicos will have heard of or seen the debate about the oh-so controversial Bill C-14 or the Assisted Dying Bill, the trigger of the media-dubbed “elbowgate” incident in which an NDP MP (Ruth Ellen Brosseau) was accidentally elbowed in the chest by Justin Trudeau while he was grabbing the Conservative Whip to bring him back to his seat. But this debate didn’t have to be so controversial.

If you have not been keeping up to date on this issue, the government was given a deadline after the 2015 Carter decision to change the law on physician-assisted suicide. The Supreme Court decision (Carter) ruled that anyone who is “a competent adult person who clearly consents to the termination of life and has a grievous and irremediable medical condition, including an illness, disease or disability, that causes enduring suffering that is intolerable to the individual in the circumstance of his or her condition” has the right to use physician-assisted suicide. The Harper government was originally given the deadline of February 6th, 2016 but when the Liberal government was sworn in they were given a 4-month extension to June 6th, which if you did your math right was (you guessed it!) a couple of days ago. However instead of following the Supreme Court judgement (which is you know, the highest law in the land, the final court of appeals, the ultimate decision-making body in our country) the Liberals intended to go a different route and pen legislation that lets only those whose “natural death is reasonably foreseeable” to end their lives. Now I’m no legal expert, but that’s a pretty vague response to an extremely specific Supreme Court decision. This vague wording allows for the denial of access to assisted dying to all but the terminally ill, condemning those with chronic, degenerative diseases, like ALS, as well as those with diseases that destroy one’s mental competency, such as dementia or Alzheimer’s, to an extension of suffering and poor quality of life.

This seems pretty unconstitutional to me and I’m not the only one! Peter Hogg, one of, if not THE, foremost authorities of constitutional law in Canada (he’s been cited 1627 times in case law) said that Bill C-14 is unconstitutional, saying that it “is inconsistent with last year’s landmark Carter decision, which struck down the ban on assisted dying as a violation of the charter right to life, liberty and security of the person.” In reply to the government’s argument of creating safeguards for assisted dying, he said that the law goes too far as it restricts a whole category of people who have won the right as a result of the Carter case. The federal government’s position on Carter was also rejected by the Alberta Court of Appeals, again questioning its constitutionality. If these two factors are not a dead giveaway of the bill’s major shortcomings, I don’t know what is. Because of its unconstitutionality, if the bill passes it will eventually be appealed by more individuals, taking even more years to right this wrong that could be so easily fixed by following one of the main MINIMUM requirements outlined in Carter

This sort of “misunderstanding” of the Supreme Court seems oddly familiar, reminiscent of Stephen Harper. Harper was notoriously in constant conflict with Chief Justice Beverly McLachlin by the end of his mandate to the point where in 2014, his officials accused her of lobbying against him. Of course, relations between the administration and the Supreme Court aren’t that bad yet, but with this blatant aversion of the Supreme Court decision it could be. Even more deplorable, Justin Trudeau used the fact that this egregious piece of legislation will probably be subject to some amendments in the Senate as an example of the Senate’s usefulness, saying in response to an NDP MP in the House: “There is no better example than the NDP highlighting the great work the Senate is doing weighing in on important pieces of legislation.” This is a disgusting display of attempting to gain political points for an outdated institution off the backs of individuals who will experience unnecessary suffering.

There have been many positions taken up by the Liberal government as of late and several campaign promises that have been broken but none have made me as frustrated and angry as this one. Yes, I am a partisan but this issue goes far beyond partisanship. People will needlessly suffer as a result of the intentional decision of Justin Trudeau’s Liberals to disobey the Supreme Court. This is not only about a stance on the issue, this is the actual law of the land that the Liberals are treading against. What don’t they understand? The amount of frustration I feel as I type is almost unbearable so I must end this article for the sake of relative brevity. If this is real change, I don’t want to see what’s coming next.