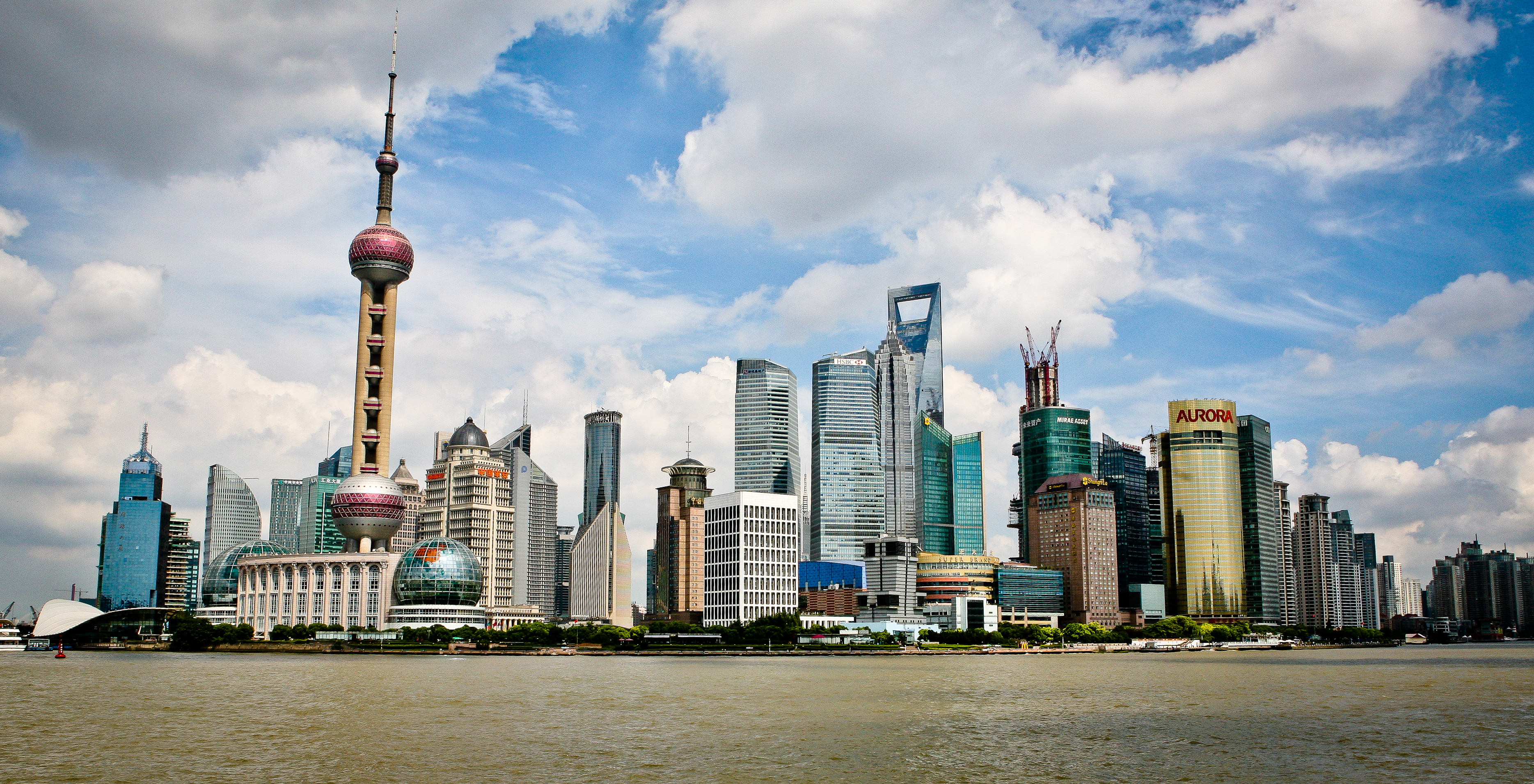 On August 24th, or what is now being referred to as China’s “Black Monday”, the Shanghai Composite Exchange suffered its worst one-day loss in eight years.1 Consequently, global investors immediately turned their focus to other major stock markets around the world and speculated on the extent of the falling Chinese share prices’ impact on Western economies. As BBC Economics correspondent Duncan Weldon writes, many market analysts are “always on the look out for the next 2008”2, and in the opening hours of August 24th, it certainly seemed both the New York and London markets were also in for a disastrous day. The Dow Jones initially fell by 1089 points, its largest drop in history, while the FTSE 100 and NASDAQ were down by 6% and 8% at their respective lowest points of the day.3 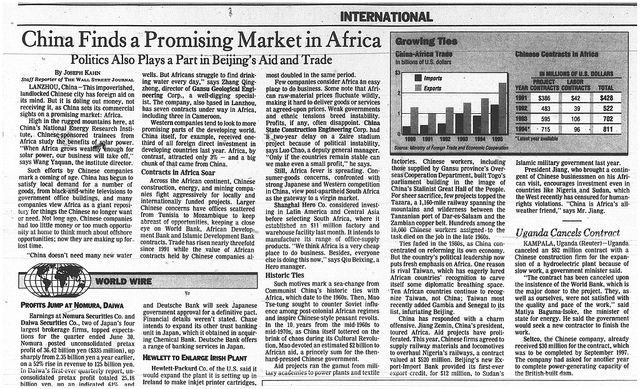 However, by late morning it became clear the United States and Europe would survive the day relatively unscathed. In retrospect, it brings to mind the ‘flash crash’ of May 2010, when some of the world’s largest economies lost trillions of dollars in a span of 36 minutes, only to rapidly recover much of the loss. China—despite being the world’s 2nd largest economy—still maintains relatively restricted financial markets, which cushions the direct effect of Shanghai’s crisis on other major exchanges.4

Far from being a fluke, though, “Black Monday” was symptomatic of deeper underlying problems in the Chinese economy, namely its stagnating growth and poorly-timed policy choices. Two weeks prior to the crash, China’s government devalued the yuan against the U.S. dollar by 1.9%, followed by an additional 1.6% the next day, in response to slumping economic figures.5 Exports in July alone fell 8.3%,6 a shock compounded by declining commodity prices around the world. In effect, August 24th was merely the most obvious setback in a recent trend of lackluster growth in China’s economy that has potentially severe ramifications for the rest of the developing world.

No region stands to lose more than Africa, where last year’s total trade with China amounted to $220 billion.7 This is nearly three times higher than its trade with the United States.8 In fact, the success of many U.S. development programs in Africa (i.e. the Peace Corps and especially the President’s Emergency Plan for AIDS Relief) has not coincided with markedly increased interest from American businesses. The extent to which this is attributable to misinformation from American analysts or simply outdated preconceptions of the continent is unclear, but the fact remains most major African powers are not significant trading partners for the United States nor major targets for American investment. China, on the other hand, has invested heavily in major infrastructural projects across the continent since the 1990s, and resource-rich African countries—including Algeria, Nigeria, South Africa, and Zambia—have rapidly expanded their export sectors to meet the booming demand for raw materials from Chinese firms.9

In many ways, the Sino-African relationship has been mutually beneficial. About a million native Chinese currently reside in Africa thanks to greater business opportunities and substantial advances in average living standards.10 African consumers meanwhile benefit from lower-cost Chinese goods, particularly cell phones, as well as vastly improved infrastructure. However, these interactions have led African economies to heavily depend on their raw material exports to major powers, and if the recent drop in global commodity prices continues, many African countries will struggle to adjust. The United Nations Conference on Trade and Development currently classifies 45 of the 54 sovereign states in Africa (including 43 of the 47 sovereign states in Sub-Saharan Africa) as commodity-dependent developing countries, where the value of commodity exports exceeds 60%.11

One particularly startling example is Angola, Africa’s second-largest oil producer and one of the most commodity-dependent economies in the world. Fuel exports, nearly all of which are crude petroleum oils, account for a staggering 99% of the country’s total merchandise exports and over 57% of its entire GDP.12 Furthermore, China—at about 45%—receives nearly four times more of that oil than Angola’s next largest export partner: the United States.13 This is concerning in several respects; not only are Angola’s economic prospects at the mercy of global petroleum prices, but the country has essentially entered into a dependent relationship with an economic giant that can dictate the terms of their trade agreements and receive favourable policies from Angola’s corrupt oil conglomerates. The historical pretense for this overwhelmingly narrow focus, admittedly, is understandable. Angola is still recovering from a brutal 27-year civil war between two former liberation movements that killed over half a million citizens and devastated the country’s infrastructure. Nevertheless, pervasive collusion between politicians and the state-owned Sonangol Group, as well as multinational oil corporations operating in the country (including Chevron, Exxon Mobil, and Total S.A.), has hindered economic progress and prevented businesses in other industries from acquiring key government contracts.14

Simply put, this kind of extreme commodity dependence is unsustainable, especially in the numerous African countries lacking strong civil societies and legitimate political institutions. Crude petroleum has plummeted to less than half of its value from last year, while iron ore and copper prices continue to fall as a result of oversupply and diminished demand from China and other large markets.15 All in all, global commodity prices are at a 16-year low16, and for Africa in particular, China’s recent economic woes only exacerbate the problem. Even South Africa, who has the 2nd largest economy and one of the most stable democracies in Africa, is not insulated from the dangers of a Chinese recession. On “Black Monday”, the rand hit an all-time low of 14:1 against the U.S. dollar, and largely because commodity exports still account for about 60% of South Africa’s total merchandise exports, foreign-exchange brokers are shying away from the country’s currency and, by extension, its stock market.17 This has wide-ranging implications for the entire South African economy, as people see their purchasing power rapidly deteriorate and essential public utilities feel the effect of massive budget shortfalls. For example, Eskom—the largest producer of electricity in all of Africa—has been forced to implement load shedding (local power outages) 99 days so far this year.18

It is safe to presume the immediate effect of the yuan’s declining value will be less Chinese demand for African goods, but this is a problem that can be overcome by seeking alternative trade partners. The more troubling long-term impact is the potential reduction in direct investment in African infrastructure, technology, and innovation. If the Chinese economy continues to stall, it will not be multinational conglomerates and powerful business elites who suffer.19 It will be working-class Africans searching desperately for jobs and small businesses struggling to obtain capital for their operations. Although China certainly needs to do much more to promote diversification in African economies, its involvement in commodity trading inevitably coincides with better employment prospects for the urban poor and greater investment opportunities for entrepreneurs from Lagos to Johannesburg.

6 Brautigam, Deborah. “What Does China’s Yuan Devaluation Mean for Africa? – CNN.com.” CNN. Cable News Network, 18 Aug. 2015. Web. 28 Aug. 2015. <http://www.cnn.com/2015/08/18/opinions/china-yuan-devaluation-africa-deborah-brautigam/index.html>. Deborah Brautigam is the Bernard L. Schwartz Professor of International Political Economy at Johns Hopkins University’s School of Advanced International Studies (SAIS), where she directs the International Development Program, and the China Africa Research Initiative. Her latest book, Will Africa Feed China? will be published in October 2015 by Oxford University Press. The opinions expressed in this commentary are solely those of the author.