Blog Post: Global Warming and the Union Movemement in Canada 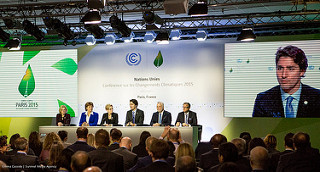 In light of the COP21 climate talks, I thought bringing up this article may be relevant. Criticisms of the Trudeau governments supposed inaction have caused outrage and annoyance from some. This article is quite scathing in its critique of the new Trudeau government. It starts out by somewhat justifying the government praising some of its initiatives, notably meeting with the Canadian Labo 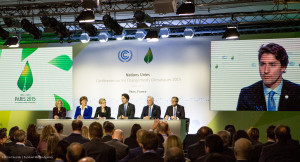 ur Congress on November 10th. Apart from this however it is as mentioned quite a scathing and honest critique of some of the true corporatist intentions of the Trudeau government. The “progressivism” Trudeau Jr. is shaded by dabs of corporate welfare and environmental initaitves that have more to do with economic development than making sure Canada reaches its climate objectives. Seems like someone veered right at the last second…how surprising.

The article can be found here.

The blogger, Roger Annis is a lifetime socialist and union member and activist (my kinda guy). He began his political activism with the Young Socialists while at university in Nova Scotia. He writes regularly on topics of social justice, peace, and on issues concerning Haiti.