“Bluexit” – Summing up the Democratic Problem 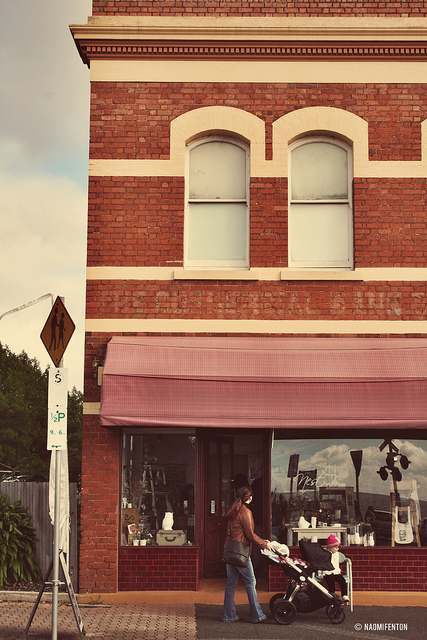 The America some want to leave behind. https://flic.kr/p/cz39SQ
Share

As a lifelong, committed Democrat, I don’t enjoy seeing my party in the state it is today, in control of no federal branch of government and marshalling an ever lower share of state legislative and senate seats. There’s a reason this is happening. The Democratic Party, the historic party of the people, has become complacent and out of touch. The evidence was clear during the campaign, and America feels its harrowing impacts each day.

Democrats consoled themselves for months before November; all the big data analysts at 538 and Huffington Post gave Hillary Clinton a 72% and a 98.2% chance respectively of winning the election, and the numbers were widely regarded as being infallible. In full disclosure, even I believed that Clinton would win, but not without modifying her strategy, which evidently didn’t occur. Hillary’s victory was some sort of demographic destiny. Blue state political analysts claimed that “there just aren’t enough angry white men.” For that matter, why take the advice of Bill Clinton, somebody who twice won a large part of the blue-collar vote, when you can just call middle America names instead? I mean of course, calling a large swath of the country “deplorable and irredeemable” wouldn’t be an issue, because it had to be true. After the comment, some warned that Clinton’s speech would become ammunition against her in swing states, but yet other liberals stepped up to defend her comments, claiming that most Trump supporters fit her description. This complacency and arrogance built up until election day.

Clearly, as the 304-227 EV Trump win shows, this strategy was beyond flawed. Post-election, Democrats sulked their way into the postmortem stage, where various forms of analysis of the party’s shortcomings bubbled to the forefront. Some of the more interesting points of analysis came from within the campaign. Democratic National Convention staffers identified a massive issue: pure arrogance on the part of the Clinton campaign, and many others within the party. Clinton’s team complacently refused to campaign in tenuous Obama 2012 states, waiting for the last week in the election cycle to run ads in places like Wisconsin and Michigan. Everybody knew that these Rust Belt states were going to be closer than in 2008 and 2012, so it is baffling to think that the Clinton campaign ignored them for so long. Moreover, Clinton’s campaign refused to run ads about her policies, running the lowest percentage of policy-related ads since this metric was first measured in 2000.

Somehow, some folks didn’t learn from the arrogance and condescension towards blue collar and rural voters that lost the election for Democrats. This article, called “It’s Time for a Bluexit”, is the quintessential “didn’t learn a single thing from the election” piece. Just take a look at the tone Kevin Baker, the piece’s lifelong urban coastal living author, employs, describing wonderful states like Kansas as “empty, SUV loving, red states” and stating, “What’s the matter with Kansas? Who cares!” Clearly, Baker fails to appreciate the values that bind people together in the Midwest. I challenge him to step outside his bubble and take a look at how strong, how inclusive, and how incredible Kansas communities are. He hasn’t read about how people came together to rebuild Greensburg after  a horrific tornado. He hasn’t looked into how Kansans are coming together as I write to provide relief for those impacted by wildfires. This is not just a Kansas phenomenon; the resilience and determination of Midwestern communities is unparalleled. It is absolutely shameful that Kevin Baker refuses to acknowledge life outside his elite bubble.

The article somehow gets even worse, claiming that rural voters are more “susceptible to fake news,” implying that they are somehow less intelligent than those in primarily Democratic cities are. This condescension rather serves to create ideological divides that damage the collective American consciousness. Calling people dumb because their communities voted the opposite way is counterproductive.

Baker, and some of the out of touch left, don’t care at all about uniting. Baker claims that “common ground is gone” and that it is now worthless even trying to talk to those in red states. Yes, he’s right in the regard that America faces a massive divide, from politics to economics to culture. However, this is not a reason to recoil into our own echo chambers. This is precisely the reason why we must all promote dialogue with those in other communities, to find the common ground, to broaden our own horizons, and to begin to bridge the cultural divide. If Democrats don’t try to talk to those they disagree with, divisions will only worsen. I ask David Baker, and every Democrat who looks down upon middle America, stereotypes rural areas, and ignores the plight of so many Americans, to remember the words of President Barack Obama in his famous 2004 speech: “There is not a liberal America and a conservative America — there is the United States of America.” Don’t choose echo chambers, division, and insults. Choose unity. Choose progress. Choose America.