A Boiling Point in the Armenia-Azerbaijan Conflict 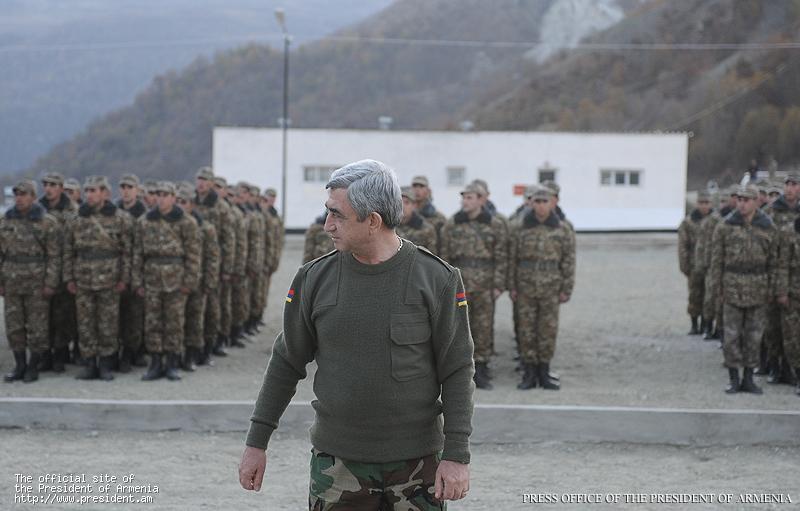 After a difficult summer, Azerbaijan and Armenia’s precarious conflict is in danger of erupting. It is an issue nearly impossible to research without sifting through nationalist propaganda on both sides; however, bilateral hostility has been increasing measurably since April. In June, the Council on Foreign Relations’ Center for Preventative Action published a report warning that “renewed conflict” over Nagorno-Karabakh would be highly likely in 2017. The death of an Azerbaijani child a few weeks later has escalated friction to a critical point: full-scale war is more likely to restart now than it has been at any point since the original Nagorno-Karabakh War ended in 1994.

The longstanding, poisonous vitriol between Azeris and Armenians can be illustrated by anecdote. In 2004, an Azeri army officer named Ramil Safarov axed to death a sleeping Armenian military officer at a NATO training conference in Budapest. At his trial, Safarov cited the 1990s war between Armenia and Azerbaijan and the Nagorno-Karabakh conflict as his motives. After Safarov had spent five years in Hungarian prison, Azerbaijan requested to repatriate him and have him serve the remainder of his sentence in his homeland. The request was granted. Upon returning to Azerbaijan, however, Safarov was released a free man, receiving a hero’s welcome and a central plaza in Baku named in his honour. Such is the degree of state-sponsored hatred between Armenia and Azerbaijan, stoked by claims of wartime human rights violations on both sides and centred around the critical territory of Nagorno-Karabakh.

Nagorno-Karabakh is an Armenian-majority autonomous region in Azerbaijan, comprising approximately one-fifth of Azerbaijani territory. Today, it is internationally recognized as a part of Azerbaijan —a prime example of the UN’s commitment to territorial integrity. However, in reality, the territory is supported and administered by Armenia. During the breakup of the Soviet Union, conflict erupted in 1988 when Nagorno-Karabakh declared its intention to join a newly independent Armenia rather than its surrounding Azerbaijan. Armenia supported the Nagorno-Karabakh separatists in their fight against Azerbaijani forces, creating a conflict in which approximately 30,000 people have died and hundreds of thousands have been displaced since it began.

The violence continues today, as skirmishes occur regularly along constantly shifting boundary lines, resulting in regular military and civilian casualties. The largest outbreak of violence in the past few years was the Four Day War of 2016, in which hundreds of soldiers and civilians on both sides were killed or wounded. In this brief outbreak, Armenia lost key strategic locations, leading to civil unrest as outraged civilians demanded answers from their government about its inability to protect the region from the enemy.

At first, it seemed as though the tragedy of the Four Day War would provide an opportunity for the Organization for Security and Cooperation in Europe and the Minsk Group, responsible for reaching a peace settlement, to restart talks and make progress towards conflict resolution. Unfortunately, as of this summer’s developments, it is evident that these brokering organizations were unable to prevent escalating tension and have completely failed to mediate a conflict that is rapidly snowballing towards all-out war.

The deaths of two Azerbaijanis and ensuing cross-border uproar are key to understanding how this summer’s escalation of tensions has precluded peace. In July, a two-year-old Azerbaijani toddler named Zahra Guliyeva and her grandmother were killed by Armenian shelling in a small village in the Fizuli region of Azerbaijan near the border of Nagorno-Karabakh. It is difficult to overstate the uproar these deaths caused in Azerbaijan, as state media heavily publicized the deaths to vilify Armenia and garner support for increased militarization of the line of contact. Soon after the tragedy, Armenian officials claimed that Azerbaijan deliberately endangered its own civilians by setting up rocket launchers in densely populated areas, which put civilians in danger of conflict. This incident and Armenia’s response added fuel to nationalist and anti-Armenian sentiment amongst Azerbaijanis.

As of now, the territorial changes from the Four Day War, amplified by state-sponsored propaganda following Zahra Guliyeva’s death, have created an increasingly militarized line of contact and a ticking time bomb for these two countries’ relations. However, what makes the conflict so volatile, and so significant on the world stage, is the role of world players who would likely be drawn in should war break out again. Armenia, surrounded by enemies, pursues a close relationship with Russia as one of its only allied neighbours. Russia provides Armenia with virtually all of its energy, and the relationship is so close that a bill was recently introduced into the Armenian parliament that would give the Russian language equal status to Armenian. Most importantly, Russia is obligated under treaty to intervene on behalf of Armenia should Azerbaijan push into its territory. Although it is unlikely that Russia would uphold this obligation given its similarly close relationship with Azerbaijan, Russian involvement could trigger a response from a former adversary and close ally of Azerbaijan: Turkey. Azerbaijan’s relationship with Turkey can be summarized by Heydar Aliyev’s famous statement that the Turks and Azerbaijanis are “one nation, two states.”

For a conflict in which mediation is unlikely to succeed in the short term, calls for a “final solution” from either side are especially concerning, evoking memories of the past decades’ massacres, in which both Armenians and Azerbaijanis have been persecuted. If the states of Armenia and Azerbaijan continue to use propaganda to cultivate cultures of hatred, violence will no longer be avoidable.