Bolivar Of Broken Dreams: What Went Wrong in Venezuela 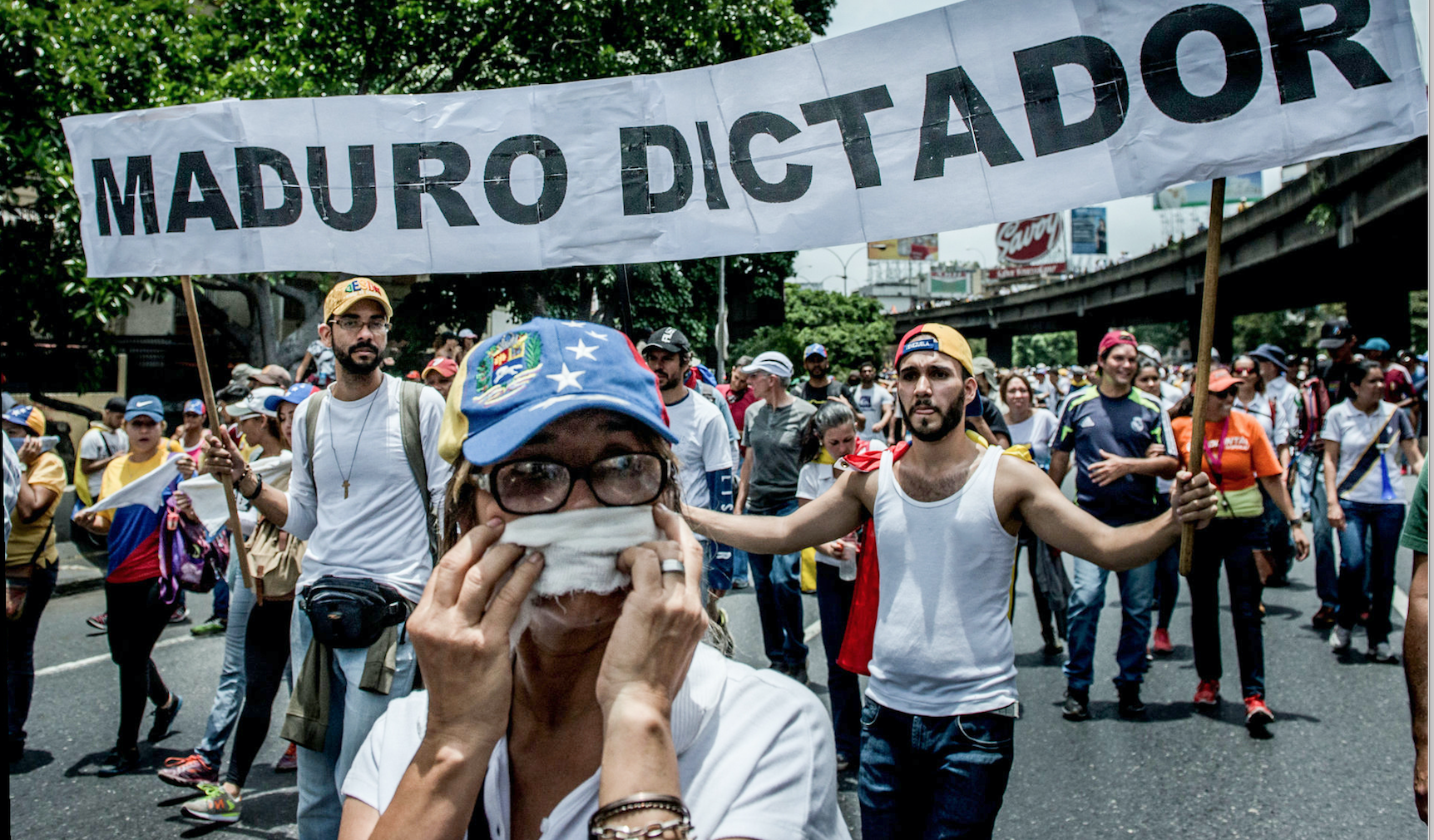 Authoritarian regimes and resource cursed economies are themes Latin American countries have tried to confine to history, but Venezuela’s slow-burning crisis has displayed an inability to move beyond these neo-colonial trends. Now, the discontent that has been building over the past few years within the country has finally erupted into full-fledged protests. Over 35 people have been killed since early April, and hundreds have been arrested. The country is on the verge of collapse as people demand much needed economic and governmental reform. Healthcare infrastructure is quickly crumbling, with malaria cases up 76% and maternal mortality up 60%. Hyperinflation and a deep recession have caused one of the largest food shortages in Latin American history. Prices rose by 800% in 2016, with the International Monetary Fund predicting inflation could hit 1,640% by the end of 2017.

This drastic decline in what was once one of the richest nations in Latin America is as shocking as it is tragic. A founding member of OPEC, Venezuela houses one of the largest proven oil reserves in the world. Unfortunately, the wealth associated with “black gold” has harmed, rather than helped, Venezuela. Plagued by the paradoxical resource curse, the Venezuelan economy grew to be almost entirely dependent on oil exportation. Hugo Chávez (President from 1999-2013) and his hand-picked successor President Nicolás Maduro used the state oil company Petróleos de Venezuela, S.A. (PDVSA) to bankroll the country’s social programs. In doing so, they under-invested in the industry, leaving the oil company with little money to re-invest back into maintaining the capital intensive industry. Oil tankers, filled with crude oil, can’t even leave port cities along the coast as they don’t pass international maritime regulations for cleanliness. Since 2006, oil production has dropped by about 20%, despite the discovery of more and more reserves. The mammoth social programs implemented by Chavez effectively killed the golden goose, and now Venezuela is running out of cash.

Measures put in place to stem inflation and negative growth rates have instead put a strain on supply. Because the government controls the prices for basic goods, a black market has developed and has grown large enough to influence prices itself. Before the current crisis, when oil prices topped $100 per barrel, Chavez set prices well below the cost of production, making products affordable for nearly all citizens of the country. It became unprofitable for Venezuelan companies to produce, so the government imported most products using oil money. This system of subsidies and price controls disintegrated when oil prices dropped in 2014, resulting in mass shortages of basic necessities.

Even without the mismanagement of and overdependence on the oil sector, this economic crisis would have still occurred. For years, Maduro’s government has been imposing arbitrary currency controls, most recently by devaluing the 100 bolívar note (only worth about US$0.03). This act came after years of printing more and more of the bill to help pay down the country’s debt; textbook poor monetary policy. Years of growing debt, hyperinflation, drops in oil prices, and the failures of Maduro and Chavez’s pet socialist projects (along with Maduro’s increasingly authoritarian style of rule) have decimated the economy of Venezuela, and the public is responding with hostility.

The country has been experiencing violence for years, but on April 19th of this year, protests erupted in the capital city of Caracas. For the first time, over six million dissatisfied Venezuelans began to jointly call for very basic and very specific rights: their right to elect a new government, their right to have an independent supreme court, and their right to food and medicines. None of these will come easily. Maduro and his cohort within the government have been amassing more and more power through a series of extra-constitutional assemblies and re-allotments of control over key sectors of the government. It is clear that the current government of Venezuela will do whatever possible to cling to power. The pro-Maduro Supreme Court moved to give the executive branch control over a number of legislative powers. When faced with calls for an election, Maduro decided to simply draft a new constitution which would extend his term. This move has garnered detractors on both sides of the conflict; even those who support Maduro support the legacy of Chavez (and his “perfect” 1999 constitution) more.

The most interesting piece of this conflict isn’t that it’s occurring, but that the elites and military haven’t yet turned their backs on a clearly floundering government. Economic imprudence and oppressive tactics against demonstrators have historically triggered some sort of backlash by those in powerful enough positions to impede the rampaging government. In the current case, however, there have been no widespread defections or lapses in loyalty. The few government officials and military officers who have broken from Maduro’s ranks were quickly removed from their positions. Military support for the regime still holds steady, mostly because Maduro, in giving control of lucrative parts of the economy (food, medicine, energy) to the military, soldiers and generals have a stake in the continued survival of the current government. Elite loyalty could shatter any day, and many political scientists are surprised that it hasn’t happened yet, but in a typical collective action scenario, until they all take a stand, none of them will.

There’s not much any actors outside of Venezuela can do either. The regime and the country both look unfavorably upon United States intervention in any sovereign nation. Any effort by the US to install a new government, or even to provide aid, which has been proposed by the Senate, would most likely be twisted by Maduro as proof he is the leader Venezuela needs to protect it from the aggressive and evil nation to the north. Should the United States impose oil sanctions, the humanitarian situation within the country would only deteriorate faster. The situation in Venezuela is typical in that it has no clear solution. International focus will remain on the country, as the slow-burning conflict could spiral out of control as quickly and explosively as the initial Bolivarian Revolution began.