Bonn 2017: The Two-Sided Face of the United States and the Importance of Non-Federal Action 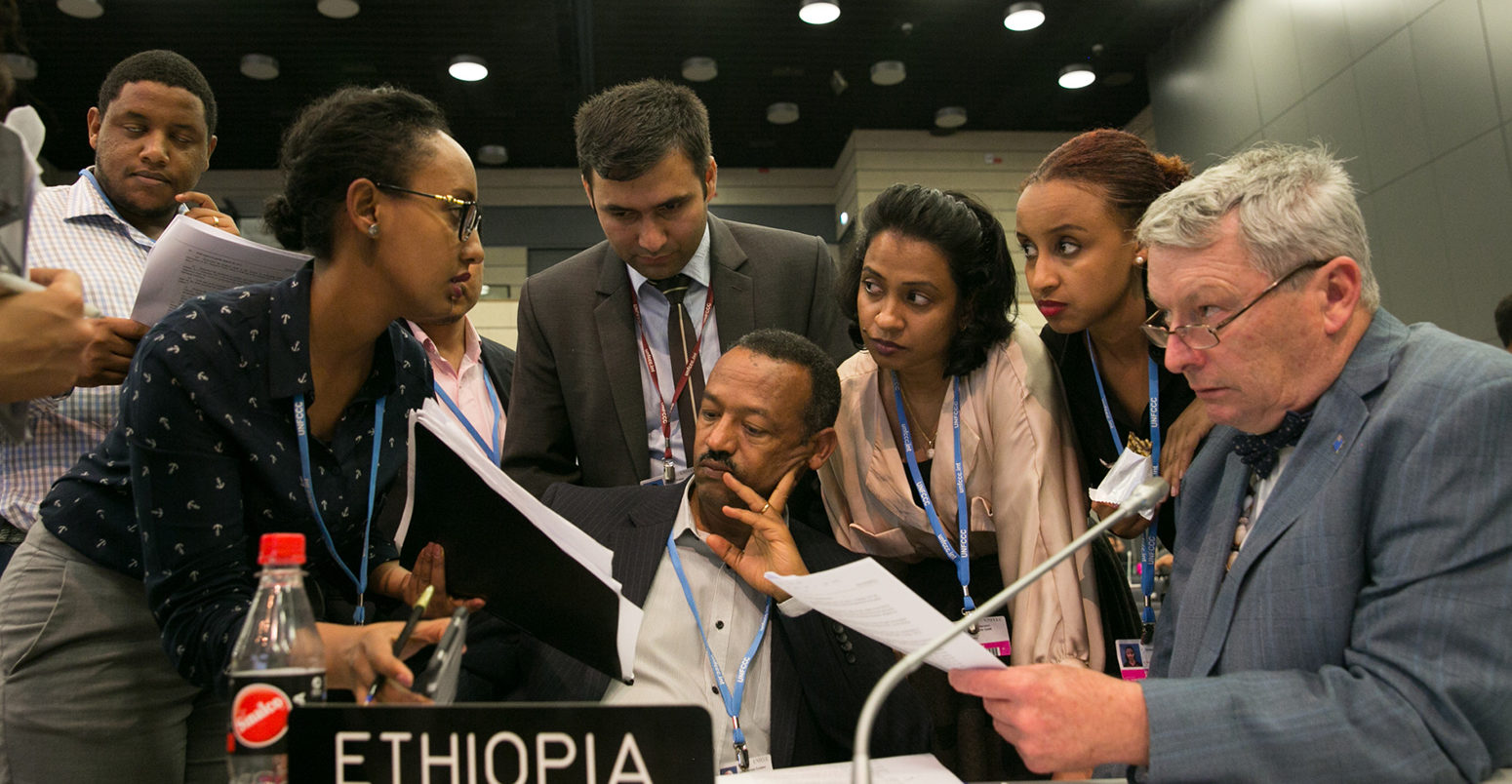 The historic outcome of the 2015 Paris Climate Accord was a triumphant rallying cry for many as the world’s first comprehensive climate agreement. At the time, it was hailed as a turning point for international cooperation and global action on climate change. However, the current conversations surrounding climate negotiations and their role in combatting climate change are still in doubt for many. Indeed, two years later, it is telling that the same concerns hashed from the 2015 conference should resurface once again at the 23rd Conference of Parties (COP) by the United Nations Framework Convention on Climate Change (UNFCCC) in Bonn: the lack of binding enforcements, the failures to meet national pledges, the lack of a coherent plan for dealing with loss and damage, the rather weak global temperature targets, and the ever-looming and growing global use of coal. These issues remain entrenched as the primary obstacles for global climate action, and the misgivings they create are only compounded by the revelation that the United States (US), a major polluter and a key developed player for financing climate mitigation and adaptation in less-developed countries, does not intend to honour the seminal agreement.

The schisms of climate change in America made themselves apparent by the official delegation from the United States, which prompted criticism and condemnation after their panel advocating the use of clean coal argued that fossil fuels were vital to reducing poverty around the world (something that is known to be quite untrue). It was a sad display and their only official appearance at Bonn. They attracted quite a large crowd of activists and a handful of reporters who filled the hall during their scheduled talk until three-quarters of the room broke into a protest song for nearly ten minutes and walked out, leaving the US delegates alone in a sparsely populated room and irrelevant for the remainder of the conference.

The silver lining comes from the other side of the schismatic divide: the brilliant dedication of American leaders who defy the current administration, the We Are Still In campaign. The “alternative US dome” was the biggest pavilion at the negotiations at 2500 square meters, featuring thousands of leaders from America’s cities, campuses, and businesses. Jerry Brown, current governor of California, pledged to honour America’s commitment, saying, “while the White House declares war on climate science and retreats from the Paris Agreement, California is doing the opposite and taking action. We are joining with our partners from every part of the world to do what needs to be done to prevent irreversible climate change.” The We Are Still In campaign provides balance to the dangerous denial of the Trump administration, offering well-constructed solutions to global climate change problems.

Non-federal action remains a staple of the We Are Still In campaign’s manifesto, America’s Pledge. The group acknowledges their power; the mobilized businesses, states, cities, and agencies make up an economy greater than that of Japan or Germany. Moreover, they seem to be aware of the novelty of their efforts, claiming that the effect of increasing non-federal players’ low carbon ambitions has not been adequately analyzed by climate change negotiators in the absence of federal leadership. The group advocates rapid decarbonization of the United States’ economy, stating that economic growth and GHG emissions in the U.S. are decoupling. The principle has been advanced in many sectors, driven by innovation and changing market forces.

States have a particularly powerful position in maintaining America’s commitment to the Paris Accord, due in part to the authority conferred upon them by the Constitution. Their authority to enact climate regulation means that they can serve as a “laboratory and try novel social and economic experiments without risk to the rest of the country,” as once described by Louis Brandeis. These regulations include Renewable Portfolio Standards (RPS), which require utilities to sell a percentage of renewable electricity; carbon pricing, such as the cap-and-trade programs in California or the Regional Greenhouse Gas Initiative (RGGI) in the Northeastern states of Maine, New York, Massachusetts and six others; mandates for the fuel economy including vehicle fleet GHG reduction requirements and improvements to freight transport, as well as investments in Zero Emission Vehicle (ZEV) targets; and appliance efficiency standards.

Cities will also play a major role in the future of climate action. Containing a high proportion of the human population and accounting for 75% of the world’s energy use and global carbon emissions, urban centres are poised and often required to tackle climate change issues regarding mitigation and adaptation in creative ways. One such method is through the use of low-carbon precincts powered solely by renewable energy sources; another is living infrastructure: urban forestry as a means of regulating temperature and building carbon sinks. Transportation strategy is also an important facet of climate action. Projects like bike-sharing services and investment in public transit not only improve the safety of streets but also reduce congestion. None of these policies equate to a diminished economy – some have even seen it grow. Indeed, jobs in the clean energy sector grow faster than almost every other sector in the US economy. As demand increases, so too does technological innovation. Deployment of new energy sources such as offshore wind turbines has the potential to revitalize coastal communities, incentivize investment, and deliver high-paying jobs.

This list is not exhaustive, but rather, it serves to show that the absence of federal leadership only leaves a vacuum in which others step forward. It is a demonstration of how small-scale resistance grows to something larger. As said by Former New York Mayor, Michael Bloomberg: “when President Trump announced his intention to withdraw from the Paris agreement, some people worried that it meant the end of America’s climate leadership – but I think that can’t be farther from the truth.