Bosnia: A Country Haunted by Nationalism 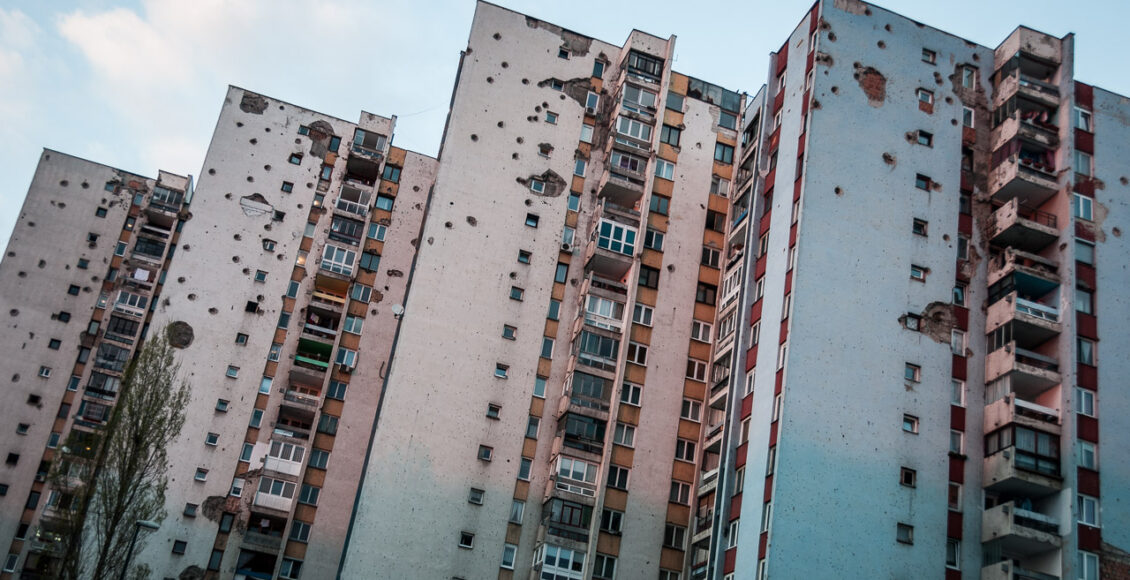 The four centuries-old Old Bridge in Mostar was destroyed in 1993 as a deliberate act of cultural destruction during the Bosnian War, only to be rebuilt a decade later. When I visited Bosnia and Herzegovina in 2019, I hoped to see a country that rebuilt interethnic ties, just as the Old Bridge was. Instead, I saw a country being pulled further apart by nationalist politicians, ethnic segregation, and institutional shortcomings. Bosnia’s competing nationalisms, which caused the bloody Bosnian War in the 1990s, are still the dominant forces in Bosnian politics, leading to persistent antagonism between Bosnia’s three nationalities and putting peace in constant jeopardy.

The Bosnian War ended in 1995 with the signing of the Dayton Agreement. The peace deal established Bosnia and Herzegovina as a country based on power-sharing among three nationalities (Bosniaks, Croats and Serbs) and divided the country into two separate entities: Republika Srpska and Federacija BiH. Federacija is ethnically composed of Bosniaks and Croats, divided into ten cantons, whereas Republika Srpska’s population is predominantly Serb. The agreement aimed to end the war and find a temporary solution during the reconstruction process, but not to provide a permanent governance framework for decades to come. Although the Dayton Agreement had managed to stop the violence, it created an incredibly complex administrative structure with three presidents, thirteen prime ministers and four separate tiers of government. The current political structure in Bosnia and Herzegovina is ineffective and inadequate to address long-term issues, but nationalist politicians have little incentive to change the system. The division of political power along ethnic lines fortifies the position of ethnic nationalist parties within their respective groups and creates a lucrative network of clientelism and corruption.

A vast majority of the political parties represented in Bosnia’s legislative structures cater to specific ethnic groups. Their nationalistic rivals sideline Multi-ethnic or anti-nationalist political parties. Among Bosniaks, the greatest political force is the Party of Democratic Action (SDA), a party adhering to the Islamic-conservative ideology of its founder Alija Izetbegović. Meanwhile, the Croatian Democratic Union of Bosnia and Herzegovina (HDZ) enjoys a monopoly among the Croat electorate. Two nationalist political parties compete for dominance for Serbs: the Serbian Democratic Party (SDS) and the Alliance of Independent Social Democrats (SNSD). But nationalism is not just confined to politics — it is quite visible in daily life as well. In my travels through Bosnia, I encountered countless symbols of ethnic nationalism such as flags, graffiti with nationalist slogans, and war memorials.

International oversight over Bosnia and Herzegovina as a backstop to prevent violent escalation has been successful so far. In particular, the High Representative (HR), a foreigner appointed by the international community which plays an immense role in Bosnian politics, has been a key actor. The HR virtually acts as viceroy and holds a wide array of powers, such as adopting binding decisions, vetoing legislation, and dismissing elected or unelected officials. While peacekeeping forces have been reduced from the tens of thousands after the Bosnian War to six hundred and many crucial institutions such as law enforcement and the central bank have been successfully transferred to local authorities, Bosnia has yet to meet the conditions required for ending supervision. Furthermore, the capability and reliability of local institutions, especially security forces, to intervene in case of ethnic tensions (such as the 2001 uprising by Croats which peacekeepers suppressed) are questionable. The current state of affairs manifests a dilemma: international powers seek to reduce their presence and transfer power to local authorities as soon as possible while also acknowledging the problems caused by divisive nationalism and lack of solid institutions to maintain peace.

Ethnic segregation is a major obstacle to harmony in Bosnia. During a Yugoslav History course at McGill, Prof. James Krapfl showed us an ethnic distribution map of Bosnia and Herzegovina before and after the Bosnian War. He said, “the sad truth about ethnic cleansing is that it works.” Before the War, vast swathes of Bosnia had a multi-ethnic composition. However, after widespread ethnic cleansing, which displaced more than two million people during the War, the three nationalities live in clearly delineated areas where they form a majority for security reasons. Mostar, one of the few major cities with a mixed population, is an exception to post-war ethnic homogeneity. Mostar was one of the worst affected cities by the Bosnian War, and twenty-six years after the siege, the city still bears the scars of War. Bullet holes, artillery damage, and destroyed buildings are visible in every street corner. After the War, Bosniaks and Croats retreated to opposite sides of the city, with the Neretva River bisecting the city geographically and ethnically. Every aspect of daily life remains segregated in Mostar: Bosniaks and Croats attend different schools, support different sports clubs, go to different bars and cafes. Due to the fear of inter-ethnic violence, something as basic as holding mayoral elections was postponed for twelve years until a European Court of Human Rights decision in 2019. Violent memories of the 1990s are still fresh in the collective consciousness, leading to a mutual feeling of mistrust between ethnicities. The possibility of things going downhill once again seriously affects daily social interactions.

The dismal economic situation is another detrimental factor for peace in Bosnia. The Bosnian War led to the widespread destruction of Bosnia’s infrastructure and production capacity. A quarter-century after the War, economic development and investment is still deterred by political discord. Unemployment is extremely high in Bosnia and Herzegovina, leading to hopelessness among youth. Emigration, and specifically “brain drain,” is a significant problem that reduces productivity and leads to a vicious cycle of economic stagnation. Budgetary constraints are so severe that last year’s municipal elections had to be postponed for six weeks. Due to a lack of resources and obstructed decision-making mechanisms, COVID-19 affected Bosnia harder than many other countries. Bosnia and Herzegovina still lack vaccines and largely depend on foreign aid to combat the pandemic.

The status quo in Bosnia is fragile, depending on international support and mutual goodwill from competing nationalist politicians. Political dysfunctionality, economic problems, and rampant nationalism are a recipe for disaster, which was precisely the case in the last years before Yugoslavia violently imploded. In a private conversation with our tour guide in Bosnia, a Bosniak woman, I raised the disturbing question: “Can it happen again?” Her answer was unfortunately affirmative; she elaborated with multiple anecdotes. Most unsettling of all, she recited the “Mostar will be the second Srebrenica” slogan she had heard and seen in 2018, referring to the massacre of more than 8000 Bosniak civilians in Srebrenica in 1995. Then she moved on to add: “We will be better prepared this time.” No one in their right mind would hope for another war in the Balkans, but it is within the realm of possibility and a prospect that ought to be addressed before it is too late.

Featured image “War damage on Sarajevo buildings”  by Michał Huniewicz is licensed under CC BY 2.0.