Brazil and Bolsonaro: Should We Fear Democratic Backsliding? 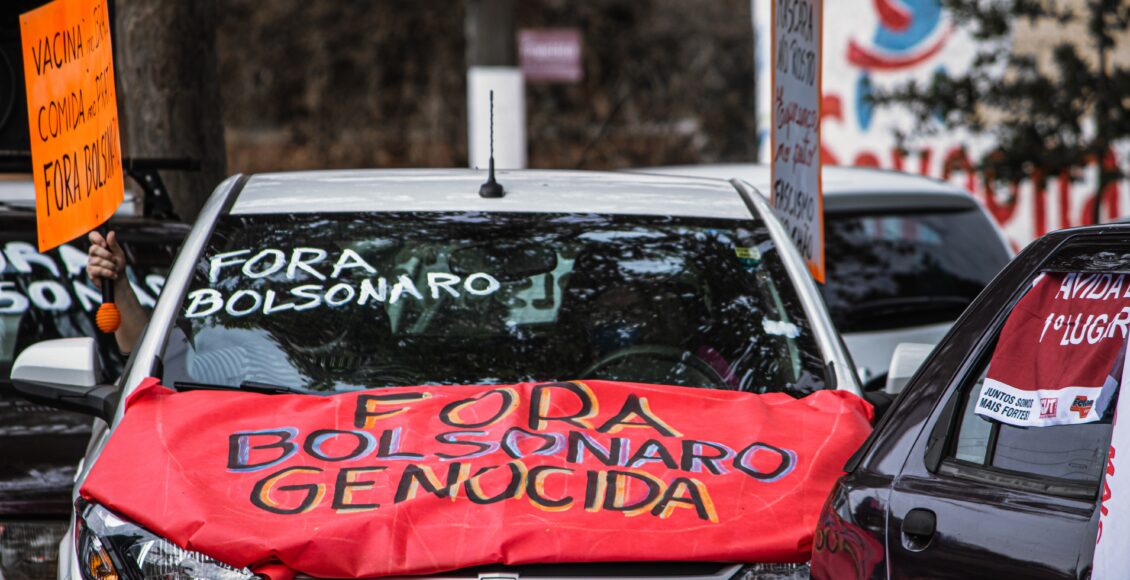 After 28 months in office as President of Brazil, Jair Bolsonaro has accumulated 63 impeachment requests. Considering the continuous flaring tempers between him and the Supreme Federal Court, recently amplified by charges of “Crimes against Humanity,” the herald of the far-right party is bound to become the Brazilian president with the highest number of impeachment requests ever. Bolsonaro has become the most threatening, aggressive, and despotic figure the young Brazilian democracy has ever faced. In such circumstances, are the institutions of a thirty-three-year-old constitution born out of a military regime in danger, or are they ready to face the threats of populism and democratic backsliding?

Jair Bolsonaro successfully seduced Brazil in January 2019, taking office after affirming an anti-left sentiment and fostering a new far-right wing nationalism. His campaign was the premise of a populist reign. He promised to fight corruption, asserting himself as the new defender of the poor against a powerful elite.

A populist willing to do whatever it takes for political survival, Bolsonaro has shown to be a master of divide et impera (divide and rule). On September 6, 2021, he released a decree to limit the moderation of social networks, enabling his supporters to spread fake news and misinformation. This motion amplifies Brazilian society’s already stark political polarization, making President Bolsonaro directly responsible for degrading his country’s democratic norms. According to Steven Levitsky and Daniel Ziblatt, two professors of government at Harvard University, a key norm in a healthy democracy is ‘mutual toleration’, which refers to politicians accepting the legitimacy of their rivals. In an anti-democratic fashion, Jair Bolsonaro has spent much energy denouncing the numerous evils that are, in his view, responsible for rushing Brazil into an economic and political crisis. He launched a veritable witch hunt for “communists”, who Bolsonaro designates as all types of political opposition, from parties with progressive gender ideologies to right centrists, who Bolsonaro deems not conservative enough. He has mainly targeted the Workers Party (PT), led by former President Luiz Inácio Lula da Silva. Not only has this further polarized Brazilian society, but it has also resulted in an alarming sign of democratic backsliding.

Polarization proves to be an efficient strategy to secure support in critical times. Bolsanaro’s answer to COVID 19 was to position himself as the defender of the poor against an elite that could exclusively adapt to restrictions. He portrayed the health crisis as the balance between “lockdown versus economy“, preventing local governments from applying basic protective measures against COVID-19, such as the compulsory wearing of masks. Seeking to evade economic and social responsibility, he stoked the anger of his followers by adopting blaming rhetoric against politicians, the media, public health professionals, and the Chinese government. Finally, his administration aligned the pandemic with the fear of communism, creating the concept of “The Comunavirus.” Aggressive anti-communist misinformation blitzes have created a fearful and angry populace, increasing the difficulty for the left-wing opposition to find legitimacy and a rallying ground.

Bolsonaro has also degraded democratic norms by violating the sine qua non principle of holding fair elections and accepting the results. He has repeatedly refused to commit to accepting election loss; in September 2021, one year before the next elections, he claimed that only God would remove him from the presidency. With polls suggesting that he will lose the 2022 elections, he has repeatedly threatened to call off the elections if the current voting system remains in place. Do unfounded allegations of voter fraud when political survival is threatened sound familiar? Following similar tactics to the former U.S. President Donald Trump, Bolsonaro attacked the electronic voting system. Then he went further, criticizing the legitimacy of the elections themselves and embarking on disputes with the Federal Supreme Court. Through these efforts, Bolsonaro has prepared the grounds to challenge the result in case of defeat. At a rally on September 7, Brazil’s Independence Day, he asserted that he would not abide by any decision made by the Supreme Court. On this symbolic day, pro-Bolsonaro rallies turned into anti-democratic protests featuring signs in favour of a military coup and the dissolution of the Supreme Court.

Bolsonaro is straining against democratic checks and balances, attempting to delegitimize democratic institutions and undermine the Supreme court’s power by refusing to abide. Thus far, though, he has been restrained by Congress and the courts; Brazil watched as its president failed to personalize power by appointing a close friend, Alexandre Ramagem, as federal police chief. Moreover, Brazil’s Constitution gives much power to the Supreme Court, including the ability to suspend, censor, or even cancel presidential decrees.

Another influential factor preventing Brazil from falling further towards authoritarianism is widespread dissatisfaction with Bolsonaro. This has been catalyzed in part by the pandemic, as discontent with the president has progressively spread across the entire population as Bolsonaro fails to handle COVID-19. Since early 2021, people have been taking to the streets and calling for the impeachment of Bolsonaro, accusing him of being responsible for the country’s many COVID-19 deaths.

Even though protests are a good sign of a democratic heartbeat persisting in Brazil, the impeachment requests and accusations of fraud and crimes against President Bolsonaro may not mean much to his key supporters. Indeed, Jair Bolsonaro benefits from powerful evangelical clientelism to secure his support against the institutions, and he won 70% of the vote among this community. Bolsonaro is exchanging votes for evangelical corporatists’ privileges; he supported Damares Alves, former legislative advisor of the Evangelical Parliamentary Front, as the new Minister of Women, Family, and Human rights. The Evangelical Church has been able to solicit the disenfranchised, using them to interfere in Brazilian politics and elevate its own importance in civil society. It quickly understood who to target: the poor, the alcoholics, the drug addicts, the sick. All those who needed assistance found it provided by the Evangelical Church, which had been symbolically embedded in the figure of Bolsonaro. As a Catholic married to an evangelical, symbolically baptized at the River Jordan in 2016, Bolsonaro was easily able to ensnare this growing community.

The Supreme Court is not yet done facing Bolsonaro’s threats. For the moment, he is protected by two allies: Attorney General Augusto Aras, the Bolsonaro-appointed official who can charge the president with common crimes, and the President of the Chamber of Deputies, Arthur Lira, who will decide whether or not to open an impeachment procedure to a vote of the deputies.

While the vast majority of Brazilians support democracy, it is now time for the institutions to face a challenge from a populist putschist. Despite the fact that Bolsonaro’s threats were only verbal and quickly rectified, they degraded democratic norms and institutions. Will a strong reaction from the Supreme Court be able to remedy this? Surrounded by support from high and low places, Bolsonaro could face all the disapproval of the world, and his impeachment would still be unlikely. Brazil’s young democracy is ill, but the fight is not over.

The featured image by Thiago Kai is licensed under the Pexels license.