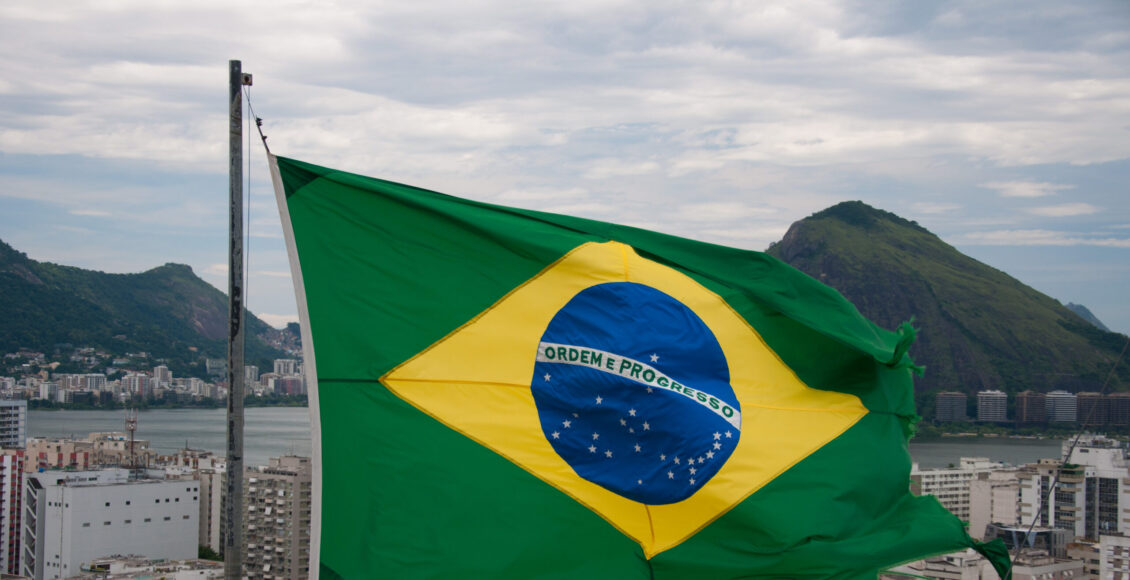 In Brazil, the runoff presidential election is fast approaching and has the nation polarized as Brazilians wait in anticipation to cast their second ballot on October 30th. On October 3, 2022, the first round of the presidential election did not produce a first-round winner as no candidate obtained the majority vote of more than 50 per cent needed to win. Now, after defeating 11 other presidential candidates, current president Jair Bolsonaro is up for reelection against former president Luiz Inácio Lula da Silva. Analysts are claiming that this is the most important election in Brazil since the end of the military dictatorship in 1985. Currently, democratic stability in Brazil is fragile; Bolsonaro has begun to limit personal freedoms and has tried to compromise the democratic electoral system. The result of this election could see Brazil either maintaining democracy or backsliding into an authoritarian regime.

Bolsonaro is a right-wing populist and is running for the Liberal Party, a conservative and nationalistic bloc. Bolsonaro’s Christian values influence his policies and have underscored much of his public rhetoric during the campaign. Primarily, Bolsonaro is campaigning to facilitate access to weapons for citizens, lower crime rates, and boost economic growth. Bolsonaro’s reelection would be detrimental to the rights of minority communities, with Bolsonaro wanting to remove the indigenous population in the Amazon and limit LGBTQ+ and reproductive rights. Bolsonaro is a supporter of deforestation projects in the Amazon and does not have a resolute plan to tackle climate change.

A founder of the Workers’ Party in 1980, Lula is now campaigning to “save” Brazil from Bolsonaro’s assault on democratic freedoms. During his prior presidency in the early 2000s, Lula successfully implemented the Bolsa Familia social welfare program, which gave short-term cash transfers to Brazilian families to fight the long-term impacts of poverty. He pledges to implement climate policies to protect the Amazon, strengthen income transfer programs to eradicate hunger, and strengthen Brazil’s international policy and role as a regional leader. However, Lula is far from a faultless candidate; he was convicted of corruption in 2003, and despite that ruling being overturned in 2021, voters may still question the legitimacy of his campaign.

The implications of a second term for Bolsonaro

Prior to the preliminary election on October 3rd, and continuing now, protests have erupted around Brazil over concerns that Bolsonaro would not concede if he were to lose the election. Throughout his campaign and presidential term, Bolsonaro has been expressing doubts over the computerized electoral and polling systems. Bolsonaro has proclaimed that “Only god will let me out [of the presidency]” and has threatened not to accept the election result if the current computerized system is not replaced by printed ballots. As a former military captain, Bolsonaro’s close relationship with the Brazilian army is concerning as he thought he could use the military to hold power. During a campaign speech, Bolsonaro declared,  “the army’s on our side,” solidifying Brazilians’ fears of military suppression. It is not just right-wing politicians that are skeptical of political institutions, but right-wing voters too. Right-wing voters are said to believe the political system is stacked against them and are afraid to reveal who they plan to vote for. As a result, polls in Brazil have been inaccurate in predicting the outcome of the preliminary election as Bolsonaro’s popularity was unexpectedly high during the official vote.

Protest in support of Lula’s presidential candidacy on October 16, 2022, 13 days after the preliminary election. “Marche de apoio a candidatura presidencial de Lula” by Esquerda.net is licensed by CC BY-SA 2.0.

How the election affects relations with the United States

The outcome of the election will not only be a crucial determinant of domestic politics but also of US-Brazil relations. Historically, Brazil and the US have had a stable relationship; as stated by former Deputy US Secretary of State Thomas Shannon, “Brazil and the United States are mirrors of each other.” The election of Bolsonaro to office in 2018 was a direct mirror of Trump’s election in 2016 and a result of a global surge in right-wing politics that has been linked to Trump’s global influence. Brazil’s current political tensions reflect similar tensions in the US in 2020 after Donald Trump lost his reelection to Joe Biden. The current fears in Brazil emulate those of American Democrats as Trump’s public denial of his defeat resembles Bolsonaro’s suggestions that he may not concede. Trump’s refusal to acknowledge Joe Biden’s presidency as legitimate led to the insurrection in the capitol on January 6th, 2021. Even if Bolsonaro were to concede, he still has the power to spread anti-Lula rhetoric, especially through social media, that could result in political unrest similar to January 6th.

US officials are closely monitoring the election as it will determine the future of Brazil’s democracy and US relations with Brazil. US politicians are advocating in an attempt to protect Brazilian democracy. Bernie Sanders and five other Democratic Senators introduced a resolution supporting democratic institutions in Brazil. At the same time, the lower house failed to pass legislation that would end funding to the Brazilian military if they did not maintain neutrality post-election. US officials are hoping Brazil remains a democracy, with the election of Lula being the preferred outcome. This would allow for more cohesive relations between the two states and likely ensure that Brazil would remain a non-NATO ally to the US. 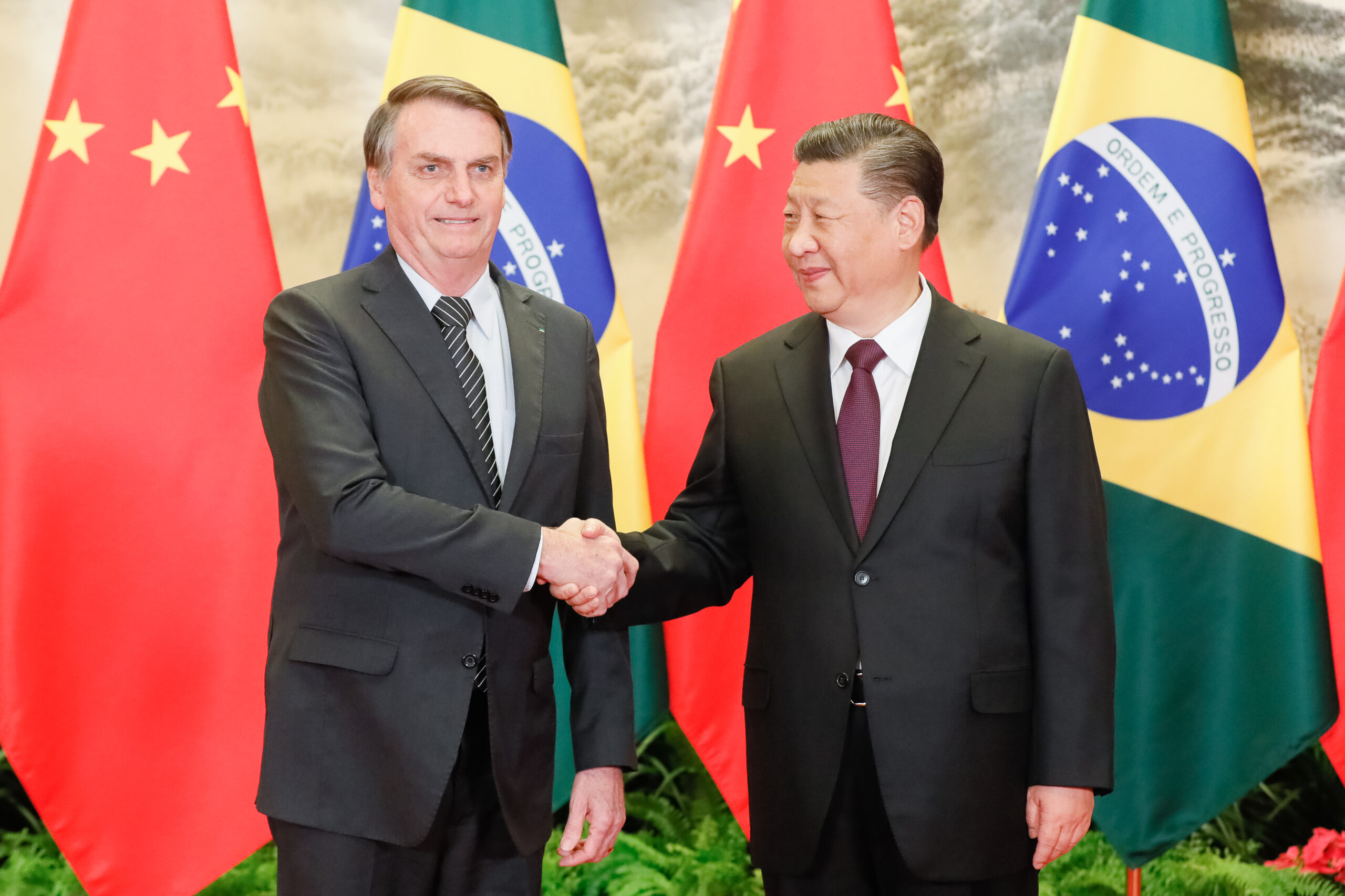 Bolsonaro shaking hands with Xi Jinping at a meeting in Pequim, China in 2019. “Bolsonaro Xi Jinping China 2019” by Isac Nobrega is licensed under CC BY 2.0.

Further, the US is trying to secure their sphere of influence over Brazil, especially as China has become a major player in the Brazilian economy. In 2021, China invested more money into Brazil than any other country, and for China, Bolsonaro is an important ally against the West. Likewise, Bolsonaro sought out Chinese investment to diversify Brazil’s manufacturing economy. If the Bolsonaro regime remains in power, China-Brazil relations could strengthen, weakening the alliance between Brazil and the US. As China’s increasing global power looms over the United States, cold-war-like tensions between Beijing and Washington are heightened as China threatens US hegemony. As Brazil strengthens its global authority, Chinese influence could shift the balance of power in Latin America, which historically has been dominated by US influence.

Often political instability in the Global South seems remote to the Global North. Still, the similarities between the Brazil and US presidential elections serve as a reminder that, currently, instability is a ubiquitous issue amongst democracies.

Featured image by L.C. Nottaasen is licensed under CC BY 2.0