Breaking: Barr’s Decision Not to Investigate Obstruction of Justice Not Politically Motivated 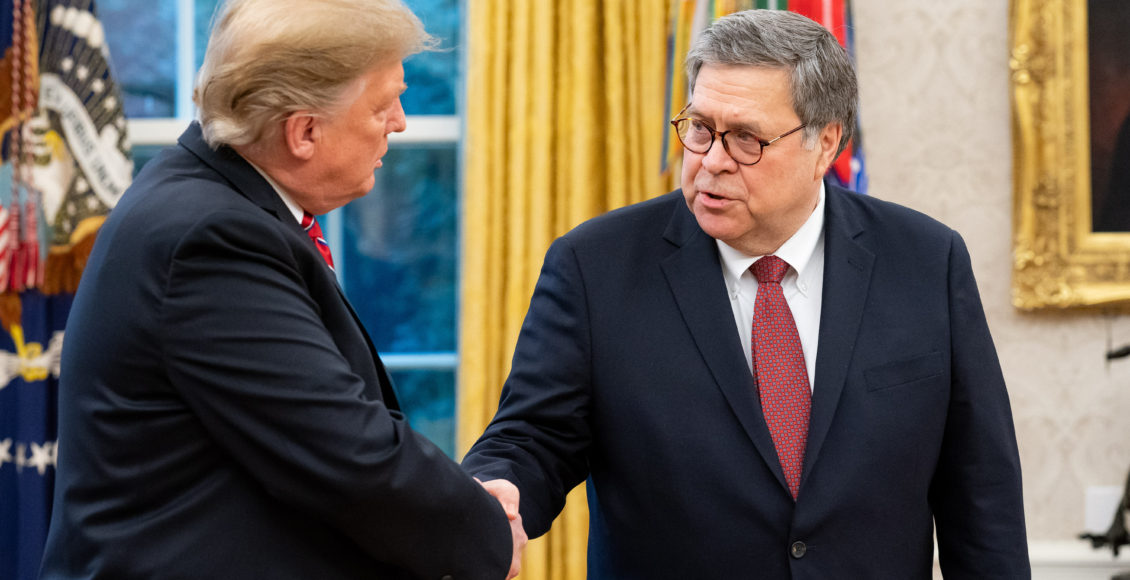 Washington D.C.  – On March 23rd, Attorney General William Barr released a summary of the long-awaited Mueller Report. The report, investigating the Trump campaign’s possible collusion with Russian interference into the United States 2016 elections and obstruction of justice, is a meager 300 pages long. When presenting a summary of the confidential report to Congress, Barr stated that the 4 page-long document included all necessary information, “I’m not saying I got bored a quarter of the way through [the report] and asked my unpaid intern to fill me in on the rest, but I can unequivocally confirm that this summary is rigorous and complete” he addressed to Congress.

Senate majority leader and Republican, Mitch McConnell (KY), further elucidated to his colleagues that four pages, while seeming limited and dubious given the fact that over the course of the inquiry investigators produced nearly 3,000 subpoenas and interviewed an estimated 500 witnesses, was more than adequate — especially considering the “president’s […] restricted attention span.” When further questioned by Senate Democrat, Dianne Feinstein (CA), as to when Trump had begun reading policy updates rather than being fed information by Vice President, Mike Pence, McConnell explained that the President took “possible hits to his foreign investments very seriously” and had therefore taken the initiative to read the brief himself. Later, Barr announced that the full (redacted) report would be available for public consumption by mid-April, or maybe sooner. One White House aid who saw the report and requested to remain anonymous for fear of political repercussions, disclosed to the MIR that “the pages looked like solid black ink […] the only visible portion of the report was the page number 69 which several lawyers pointed out to me to ask if I had seen it.” According to the source, Barr’s associates — sixteen white men over the age of seventy-five — faced several delays when analyzing the report as they frequently burst into laughter; distracting their work for several minutes at a time.

According to the summary, Mueller’s team found evidence of Russian interference via social media and influential Americans into the 2016 election, “I will never forget the sound of the collective gasp that rippled through the House. No one could have foreseen this conclusion” House Representative Barry Loudermilk (GA) explained to reporters despite evidence of Russian interference since at least 2015. Moreover, the report found that the Russians were responsible for hacking the infamous Clinton campaign and Democratic party emails which were then disseminated to the public through WikiLeaks. From across the corridor, previous speaker of the House, Paul Ryan, could be seen being chased by Capitol Hill security while screaming, “But the emails! Clinton’s emails!” hearkening back to the Republican’s presidential campaign strategy of diverting focus away from Trump’s dubious business dealings, record of sexual assault, overt and implicit racism, support of white nationalism, anti-choice rhetoric, outright lies, and attacks on basic, constitutionally protected liberties, toward the leaked emails.

Additionally, the report was unable to definitively charge nor totally exonerate the president for obstruction of justice; leaving the decision to the Attorney General — a position appointed by the president. Spectacularly, Barr and deputy AG, Rod Rosenstein, announced that after having carefully assessed the facts, they found no evidence of obstruction of justice by the Trump campaign or the president himself. “I didn’t make this decision lightly” Barr solemnly explained, “I mean, you saw what happened to the last guy, [Attorney General Jeff] Sessions? I’d like to keep my employer-provided health care, so I took that into account when analyzing the constitutionality of Trump’s conduct — which, for the record, was completely legal.”

Surprisingly, there remains criticism surrounding the summary’s overall sparse content and confidentiality shrouding the investigation. In the summary, Barr listed several federal regulations, of which the general population has most certainly heard and understands even without a legal education, that prevented the administration from immediately releasing the report. Alabama Democrat, Doug Jones, explained that although he did not want to “make waves” considering he still simply felt happy to even be in the Senate considering his razor-thin win against an alleged pedophile last year, he was “concerned at the general dismissal of transparency and [the Trump administration’s] overall shirking of their most basic duty to follow the constitution.”

However, many stood behind the attorney general. Arkansas Republican, Senator John Boozeman, effectively eased constituents’ fears by pointing out his own expertise, “before reaching office, I made a living in optometry. I see things and I can assure you that the Attorney General is sharing all necessary information.” Shaking his head in agreement, North Carolina Senator, Richard Burr, energetically sounded his agreement, “I can effectively say that the Trump administration has received unfair and politically motivated attacks that can be finally put to rest today.” When further questioned on his certainty without access to the vast majority of the report and overall lack of legal expertise, Burr added in passing, “this entire investigation was a witch hunt conducted by leftist democrats to undermine the president and his supporters” and in doing so, would lead to a loss of legitimacy within the Republican party which, Burr continued “would pose a risk my nearly $7 million dollars in funding from [National Rifle Association] N.R.A.”

The Mueller investigation has loomed over the United States for over two years. The entire world has waited with bated breath for the results which, almost certainly, will make history books (except maybe McGraw Hill’s). Into the third year of what feels like the longest presidency in United States history, it seems the American people can finally put the President’s conduct with Russian operatives to rest and can start focusing on the rest of his consistent and calculated attempts to chip away at the legitimacy of the Constitution.

This satire article is apart of MIR’s April Fools day publication cycle. The views expressed in this piece do not represent the views of The McGill International Review. Moreover, this is a work of fiction. Any resemblance to actual persons, living or dead, or actual events is purely coincidental.