Breaking the Cycle of the Chicago Police Department 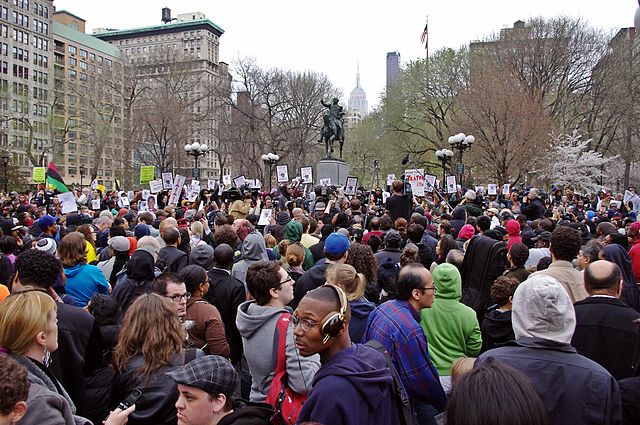 In the summer of 2016, I worked as an embedded journalist for Mikva Challenge, a Chicago-based non-profit. The organization was founded 30 years ago by Judge Abner Mikva, a progressive jurist who believed that young people could be a force of change if given the tools to engage in civic learning and action. This afforded me the chance to be a fly-on-the-wall for some pretty awesome and powerful youth discussions and meetings. In July, the Department of Justice (DOJ) came to the Mikva office to meet with the young people spending their summers on Mikva councils. This was part of the many community discussions and panels the DOJ was hosting for the report on the Chicago Police Department (CPD) they would publish six months later. The DOJ representatives that came in were eager to hear the young people’s stories and perspectives on the police department. The floor was completely open; the young people could share anything they felt comfortable discussing. As was expected by me and the other Mikva leaders, although there were a few stories of police being kind and helpful, most of the stories were not positive. They ranged from stories of being verbally harassed by police to physical brutality and violence. The DOJ seemed surprised by many of these stories and attentively took notes about them.

A few weeks ago, the DOJ released their report on the CPD after 13 months of investigating following the release of the dash-cam video of the fatal shooting of Laquan McDonald. The findings reveal that the CPD has a pattern of using excessive force. In addition, the report reveals extreme disproportionate minority contact; 72% of Chicagoans stopped, questioned and searched by police were black and 74% of those shot by Chicago police were black, despite only a third of the city’s population being black. The report also contains numerous accounts from residents reporting “treatment so demeaning they felt dehumanized.” These statistics just scratch the surface of evidence that the CPD has been violating the constitutional rights of Chicago citizens under the Fourth Amendment, as U.S. Attorney General Loretta Lynch stated.

Although the report is scathing against the CPD, the findings should not come as a surprise. In July 1972, a similar task force was conducting similar discussions as the one I got to witness this past summer for a similar report on the CPD that they too would publish many months later. A black man died in the custody of the police after being wrongly accused of drunk driving, which is what prompted Congressmen Metcalfe to convene a panel to investigate the CPD. The most eerie similarity between the 1973 report and 2017 report is their findings. In 1970, 75% of those killed by Chicago police were black, yet only a third of the city’s population was black. Qualitative descriptions paralleled each other as well; for example, the Metcalfe report stated “few young black and Hispanic youth have been spared the experience of having to swallow their pride and take a bullying insult from a police officer.” The 2017 report stated that the DOJ “heard story after story of officers treating youth with disrespect, humiliating them or worse.”

Chicago is both statistically and temperamentally in the same place it was 44 years ago. Metcalfe’s report recommended the creation of a body of citizens that would monitor the police force. That body, the Office of Professional Standards, was in effect until 2007 when it was replaced by the Independent Police Review Authority. Although there has been no specific outline of what the DOJ suggests for the CPD moving forward, the report points to severe deficiencies in officer accountability; only 2% of misconduct complaints were sustained in the five years prior to the report. Thus, it’s safe to assume they will try to once again reinvent a body or mechanism to improve police accountability. Yet, as history shows, holding officers accountable is a retroactive step to combatting corruption in CPD and is not very effective. So, how do we break the cycle? How do we prevent a similar investigative panel from convening in 2060 to uncover similar findings?

In the past few years the DOJ has published reports about both Ferguson, Missouri and Baltimore, Maryland, which revealed similar issues to those in the CPD. Those police departments also had “patterns and practices” of extreme force and discrimination against people of color. The Baltimore police department just finalized their action plan as of a few weeks ago. The plan calls for increased transparency between the police department and public, improved training and better community engagement. Although there is no data on if or how this plan will enact positive change in Baltimore, it outlines preventative steps that Chicago would be smart to follow. For example, a “History of Baltimore” curriculum is to be added to police training, so that all police can be aware of the history of race relations in the city and how they have evolved to the current state. Hopefully this will create a greater level of understanding between officers and citizens.

Preventing inappropriate and brutal police-citizen interactions prior to them happening is the key to changing the practices and patterns of the CPD. More accountability is helpful, but only so much can be done to right a situation once its already happened. Intensive training in de-escalation and improved relations with communities is essential to obtaining this goal. If this can happen in Chicago, Baltimore, Ferguson and other corrupt police departments across the U.S., a wave of change could be created. This will take a long time and steady surveillance to happen, which will be difficult under the Trump Presidency and Jeff Sessions’ reign as Attorney General. Sessions has said he would modify or remove consent decrees, a court-enforced list of reforms agreed upon between the DOJ and police departments, including Ferguson’s. He also believes there is no systemic issue in problematic police departments, but that there are just a few “bad apples” in the departments.

Obviously, systemic change will not be made under someone who sees no issue in the system, so the responsibility to break these “patterns and practices” fall on local governments. In Chicago, this means better training in de-escalation techniques, improved communication between communities and police and a fast-acting accountability mechanism. Most importantly, this means accountability of not only the CPD, but accountability of all of the Chicago and Cook County elected officials to make the reform of the CPD a top priority and be vigilant in assuring these changes are made. If they are not, we will surely be in this same place, or a worse place, again.